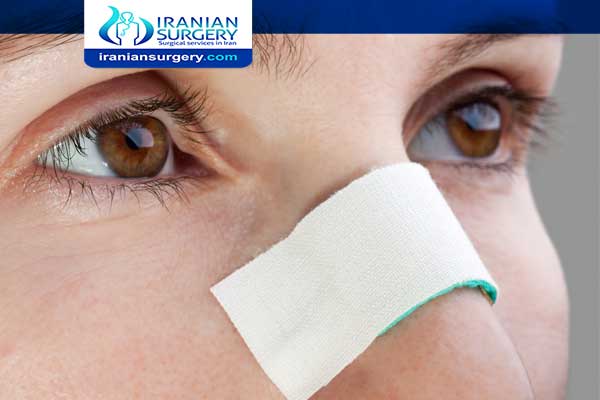 can i take my nose cast off early?

Can I scratch my nose after rhinoplasty?

Why does my nose itch after rhinoplasty?

why Cast fallen off after rhinoplasty?

When would I need a Nose Cast?

Many plastic surgeons place tape on the nose following a  in order to decrease nasal swelling. Procedures involving the nostrils or tip of the nose will be taped for compression. But, when bones are fractured during the rhinoplasty procedure (also known as osteotomies), the surgeon will apply an exterior cast made of aluminum, plaster, plastic, etc. 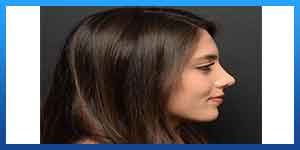 Read more about : Rhinoplasty surgery before and after

The nasal cast will keep the bones in the correct position while the nose swells during the healing process. The rhinoplasty cast purpose is to make sure that the nasal structure is properly supported, and that the patient’s nose will heal properly in its new shape.

This external cast is an important part of preserving your surgical results – one week with a cast is not bad compared to the lifetime of joy your new nose shape will bring. The management of casts varies patient to patient, which is why it is important to work closely with your surgeon before, during and after the rhinoplasty procedure.

Read more about : Rhinoplasty surgery , Before and after surgery Videos

When and how is a Nose Cast Removed?

It takes time for the nasal bones to heal after a rhinoplasty, which is why casts are typically removed six to seven days following surgery. Premature removal of the cast can impact the surgical result. Your surgeon will be able to determine when your cast should be removed.

When possible, have the operating surgeon remove the cast. If this is not feasible, it is possible to do yourself. First, make sure your surgeon agrees it is okay to remove the cast. It is important to be gentle in this process. Begin at the edge of the cast and carefully work your way around it to gradually loosen it. If it does not come off easily, wait a day and try again.

Read more about : Sex after rhinoplasty

Read more about : Why do eyes get swollen after nose job?

Read more about : How to reduce swelling after rhinoplasty? 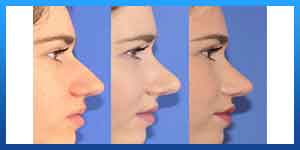 How do I remove the Cast myself after Rhinoplasty?

. Remove your cast 7 days after your surgery

. The cast that we use after a rhinoplasty is called a thermoplastic cast; it actually softens with heat – so heat up the cast by having a long, warm (not too hot) shower

. Get lots of warm water over the cast, allow it to soften, and allow the glue underneath to soften as well.

. Once softened, you should be able to gently and slowly peel the cast off of the skin.

What should I do if my rhinoplasty cast keeps falling off?

Our advice to patients that ask this question is to call your rhinoplasty specialist and ask them what to do first.

It is worth explaining that it is extremely uncommon for the nasal cast to simply fall off after rhinoplasty or revision rhinoplasty. The normal routine is to apply a medical adhesive to the skin of the nose prior to placing the nasal bandages and the cast. The dressings and cast should fit very tightly over the nose. In fact, so tightly that it is highly unlikely the cast would fall off during the first week of healing.

Some surgeons might have you try and replace the cast at home (since it should already be molded properly to your nose) and reinforce it with tape across the midface region. Others might just tell you to leave it off. Keep in mind the cast is intended to keep the nasal bones in position following reshaping of the nose during the rhinoplasty. If the bones happen to drift or shift a little during the early post-operative period, your rhinoplasty surgeon can show you how to do nasal, or digital, exercises to put the bones back into the desired position. So not all is lost if the cast does ‘happen’ to fall off.

What to expect after your Rhinoplasty Cast is removed?

When the cast is removed, do not make any judgments about the final shape of your nose — rhinoplasty swelling after cast removal is common. Post-operative swelling can also fluctuate from day to day, so be patient. It usually takes a few months for the bones to heal and the tissue to settle, and it usually takes a full year before you can see your final results. Again, patience is key during the healing process after you get the rhinoplasty cast off. If you are concerned, contact your surgeon.

Can I touch my nose after Cast removal?

You can touch your nose after the cast is removed, but keep it to a minimum. Speak with your surgeon about how to massage the nose, and how to properly clean the skin. You should have to exert a good amount of force to alter the nasal bone. Necessary massage and cleansing will not disturb your rhinoplasty, but unnecessary touching could affect the healing process.

Recovery after rhinoplasty will vary based on the person. Discuss your concerns with your doctor, and give your nose time to heal. After your cast is removed, you should not be concerned with the appearance of your nose. As time passes, you will get closer and closer to the final result. Give your nose time to recover and follow your surgeon’s direction.

Read more about : What to eat after rhinoplasty?

Read more about : When can i get a facial after rhinoplasty?