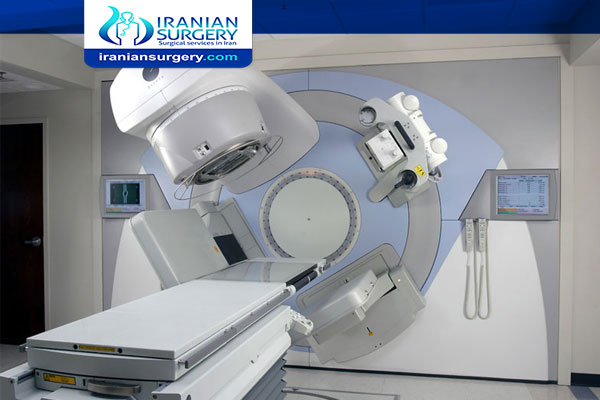 What is Radiation Therapy?

Radiation therapy is a type of cancer treatment that uses beams of intense energy to kill cancer cells. Radiation therapy most often uses X-rays, but protons or other types of energy also can be used. 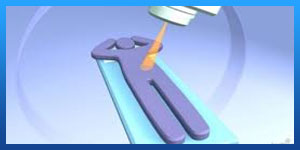 Iranian surgery is an online medical tourism platform where you can find the best Surgeons to treat your cancer in Iran. The price of treating a cancer in Iran can vary according to each individual’s case and will be determined by the type of cancer you have and an in-person assessment with the doctor. So if you are looking for the cost of cancer treatment in Iran, you can contact us and get free consultation from Iranian surgery.

Read more about: Types of chemotherapy

Radiation therapy is an important tool for treating cancer and is often used in conjunction with other therapies, such as chemotherapy or tumor removal surgery.

The main goals of radiation therapy are to shrink tumors and kill cancer cells. While the therapy also will likely injure healthy cells, the damage isn’t permanent. Your normal, noncancerous cells have the ability to recover from radiation therapy. To minimize the effect radiation has on the body, the radiation is targeted only to specific points in your body.

. As the primary treatment for cancer

. In conjunction with other cancer treatments

. To shrink a tumor before surgery

. To kill any remaining cancer cells after surgery

Before you undergo external beam radiation therapy, your health care team guides you through a planning process to ensure that radiation reaches the precise spot in your body where it's needed. Planning typically includes:

. Radiation simulation. During simulation, your radiation therapy team works with you to find a comfortable position for you during treatment. It's imperative that you lie still during treatment, so finding a comfortable position is vital. To do this, you'll lie on the same type of table that's used during radiation therapy. Cushions and restraints are used to position you in the right way and to help you hold still. Your radiation therapy team will mark the area of your body that will receive the radiation. Depending on your situation, you may receive temporary marking with a marker or you may receive small permanent tattoos.

. Planning scans. Your radiation therapy team will have you undergo computerized tomography (CT) scans to determine the area of your body to be treated.

After the planning process, your radiation therapy team decides what type of radiation and what dose you'll receive based on your type and stage of cancer, your general health, and the goals for your treatment.

The precise dose and focus of radiation beams used in your treatment is carefully planned to maximize the radiation to your cancer cells and minimize the harm to surrounding healthy tissue. 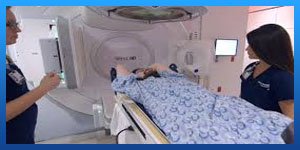 Read more about: Chemo side effects

Who gets radiation therapy?

Risks and Side effects of radiation therapy

No matter what type of radiation is used, fatigue and hair loss are common side effects. Hair loss only happens on the part of your body being treated.

Other side effects of radiation depend on the area being treated, and can include:

. Urination difficulties, such as painful urination or urinary urgency

These can sometimes appear years after therapy. Talk to your doctor about any concerns you have regarding side effects.

How radiation therapy is performed

Radiation therapy typically takes treatment sessions five days a week for 1 to 10 weeks. The total number of treatments depends on the size and type of cancer. Each session usually takes about 10 to 30 minutes. Often, the individual is given each weekend off from therapy, which helps with the restoration of normal cells.

At each session, you’ll lie on the treatment table, and your team will position you and apply the same types of cushions and restraints used during your initial radiation simulation. Protective covering or shields may also be positioned on or around you to protect other body parts from unnecessary radiation.

You should feel no pain during this test. You’ll also be able to communicate with your team via the room’s intercom, if necessary. Your doctors will be nearby in an adjacent room, monitoring the test.

How is radiation therapy given?

Radiation therapy can be given in 3 ways:

. External radiation (or external beam radiation): uses a machine that directs high-energy rays from outside the body into the tumor. It’s done during outpatient visits to a hospital or treatment center. It's usually given over many weeks and sometimes will be given twice a day for several weeks. A person receiving external radiation is not radioactive and does not have to follow special safety precautions at home.

. Systemic radiation: Radioactive drugs given by mouth or put into a vein are used to treat certain types of cancer. These drugs then travel throughout the body. You might have to follow special precautions at home for a period of time after these drugs are given.

The type of radiation you might get depends on the kind of cancer you have and where it is. In some cases, more than one type is used. Your cancer care team can answer specific questions about the type of radiation prescribed for you, how it affects your body, and any precautions that may be needed.

Following up after radiation therapy

During the weeks of treatment, your healthcare provider will closely monitor your treatment schedule and dosing, and your general health.

You’ll undergo several imaging scans and tests during radiation so your doctors can observe how well you’re responding to treatment. These scans and tests can also tell them if any changes need to be made to your treatment.

If you experience side effects from radiation — even if they’re expected — tell your healthcare provider at your next appointment. Sometimes, even small changes can make a big difference in lessening side effects. At the very least, you may be given advice or a medication to help ease the discomfort. 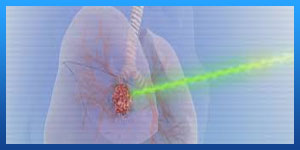 Does radiation therapy cause cancer?

It has long been known that radiation therapy can slightly raise the risk of getting another cancer. It’s one of the possible side effects of treatment that doctors have to think about when they weigh the benefits and risks of each treatment. For the most part, the risk of a second cancer from these treatments is small and is outweighed by the benefit of treating the cancer, but the risk is not zero. This is one of the many reasons each case is different and each person must be part of deciding which kind of treatment is right for them. The risk is different depending on where the radiation treatment will be in the body.

If your cancer care team recommends radiation treatment, it’s because they believe that the benefits you’ll get from it will outweigh the possible side effects. Still, this is your decision to make. Knowing as much as you can about the possible benefits and risks can help you be sure that radiation therapy is best for you.

. Females: It’s important not to become pregnant while getting radiation – it can harm the growing baby. If there’s a chance you might become pregnant, be sure to talk to your doctor about birth control options.

If you are or might be pregnant, let your doctor know right away.

If the area getting radiation in your body includes the ovaries, it is possible that the dose of radiation can cause the ovaries to no longer work (sterility), and that you would be unable to have children. it is important to know the risk of this possibility in advance of receiving radiation therapy. If you are thinking about radiation therapy that will affect the ovaries, talk to your doctor about how this might affect having children in the future.

. Males: Not much is known about radiation’s effect on the children conceived by men while getting radiation therapy. Because of this, doctors often advise men to not get a woman pregnant during and for some weeks after treatment. Talk to your doctor to find out more about this.

If the area getting radiation includes the testicles, it is possible that the dose of radiation can cause the testicles to no longer work (sterility) and that you would be unable to have children. It is important to know the risk of this possibility in advance of receiving radiation therapy. There is no clear research about how sperm that is exposed to radiation affects future children made from that sperm. If you are thinking about radiation therapy that will affect the testicles, talk to your doctor about how this might affect having children in the future.

The cost of radiation therapy in Iran starts from $140.