Fat transfer to face in Iran

A laparoscopic adjustable gastric band, commonly called a lap-band, A band, or LAGB, is an inflatable silicone device placed around the top portion of the stomach to treat obesity, intended to decrease food consumption.

Adjustable gastric band surgery is an example of bariatric surgery designed for obese patients with a body mass index (BMI) of 40 or greater—or between 35 and 40 in cases of patients with certain comorbidities that are known to improve with weight loss, such as sleep apnea, diabetes, osteoarthritis, GERD, hypertension (high blood pressure), or metabolic syndrome, among others.

The adjustable gastric band is made of soft silicone and is equipped with a firmly attached inflatable balloon. This balloon is connected by a tube to an access port.

The band is positioned around the upper part of the stomach by keyhole (or laparoscopic) surgery so as to create a small pouch. This small pouch lies above the band and has a capacity of 15-20mL. The remaining stomach lies below the band. The band helps patients reduce weight by 2 mechanisms:

The size of the pouch outlet is adjusted by adjusting the volume of fluid in the balloon through the access port. The access port is situated under the skin usually in the upper abdomen and is easily accessible by the treating doctor with a special needle.

Since the insertion of the adjustable gastric band does not involve any stapling, resection or shortening of any part of the stomach or intestines, the function of the digestive system remains intact. All ingested food will still be absorbed by the body the same way that it was before the operation. Weight loss is achieved by helping induce early feeling of satiety after eating considerably smaller amounts of food than before the surgery. It is most important to avoid foods of high caloric content, such as ice cream, custards and chocolates. 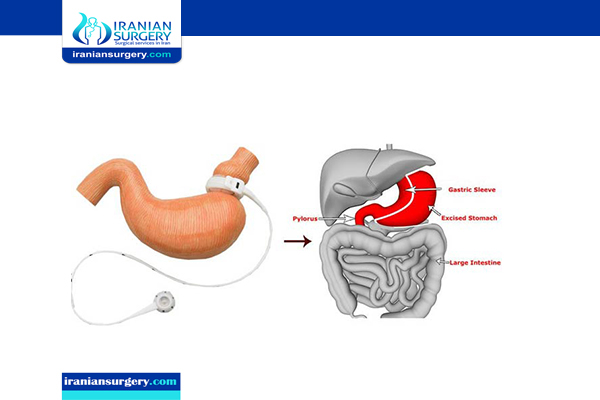 Here are some key points about gastric band surgery.

Who should have it?

Gastric band placement is only recommended in cases of severe obesity, when the body-mass index (BMI) is 35 or above, or over 30 if there are other obesity-related problems, such as diabetes, hypertension, or sleep apnea.

Surgery is only considered after other forms of treatment have failed, such as lifestyle changes to diet and activity, and medications.

Weight loss surgery is not recommended for people with: 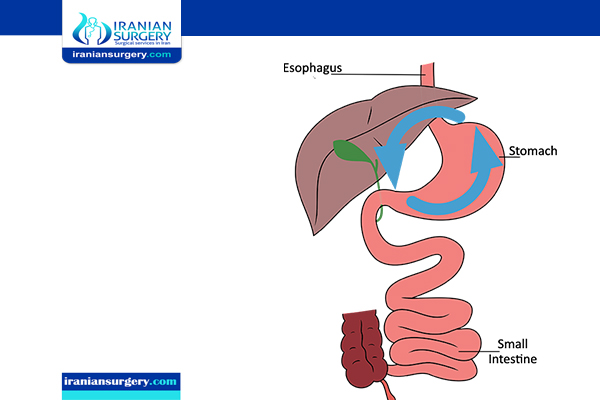 A gastric band is fitted under general anesthesia. It is usually done in an outpatient clinic, and the individual usually goes later the same day.

The procedure is minimally invasive. It is performed through keyhole incisions. The surgeon makes between one and five small surgical cuts in the abdomen. Surgery is carried out using a laparoscope, a long narrow tube with a camera. The procedure often takes 30 to 60 minutes.

The patient should not eat from midnight before the day of the surgery. Most people can resume most normal activities within 2 days, but they may need to take a week’s leave from work.

Gastric Banding is, however, used to rescue other surgeries like Gastric Bypass.

How many days will it take?

How much will it cost?

The advantages of laparoscopic gastric banding include:

What are the risks involved in having gastric banding for weight reduction?

Whilst the laparoscopic approach has helped decrease the length of hospital stay by decreasing the postoperative recovery period, the insertion of the gastric band is not without complications because of the weight of the patient and his/her premorbid condition.

As with any surgical procedure, there are associated risks to the patient. Whilst your surgeon will endeavor to minimize risks, complications may occur which may have permanent effects.

Some patients have trouble adjusting to their new eating habits, they repeatedly eat too quickly or too much and then regurgitate. Repeated vomiting can result in a band slipping (see below) and patients should contact the clinic if frequent vomiting occurs.

Infection of the Port

An infection may develop in the port area or in the abdomen and in some instances the infection may involve the band. In such a case, re-operation may be necessary.

Infection of the wound and/or band

This is uncommon (approximately 1-2%) and may need treatment via drainage of the infection, antibiotics or removal of the band, catheter and port.

This is an uncommon (approximately 2%) but major complication which may occur some months or years after the operation. The band may erode from the outside of the stomach into the stomach. It is more common in patients in whom the band is over inflated but may also occur in bands that have an acceptable volume of fluid

This symptom of heartburn plus regurgitation arises when the opening or outlet from the small pouch is too tight causing food or liquid ingested to spill up or back into the oesophagus. This can be prevented by not eating or drinking for 2-3 hours before lying down or going to bed. The reflux symptoms can also be alleviated by having some fluid removed from the gastric band.

Hernia in the Incision

Sometimes a hernia can form along the scar line. A hernia is basically a weakness in the abdominal wall allowing the abdominal organs to herniate. This can be corrected by surgery.

This can occur especially if you have lost a lot of weight or lose it very quickly. It usually occurs on the arms, breasts, abdomen and thighs. Exercise during weight loss can reduce the amount of flabby skin and help tone up your body. About 20% of patients have surgery for this condition.