How much does lipomatic surgery cost in Iran per area?

How much does full body lipomatic cost in Iran?

With Iranian surgery, the cost of lipomatic surgery in Iran in the highest quality Iranian hospitals in Tehran is between $ 1000_4500 and in Shiraz is between $ 1000_3500. The cost includes surgeon fees, operating room, preoperative tests and postoperative medications.

Lipomatic surgery is being done in Iran by some of the world’s best surgeons. Contact the Iranian Surgery support team for more information. 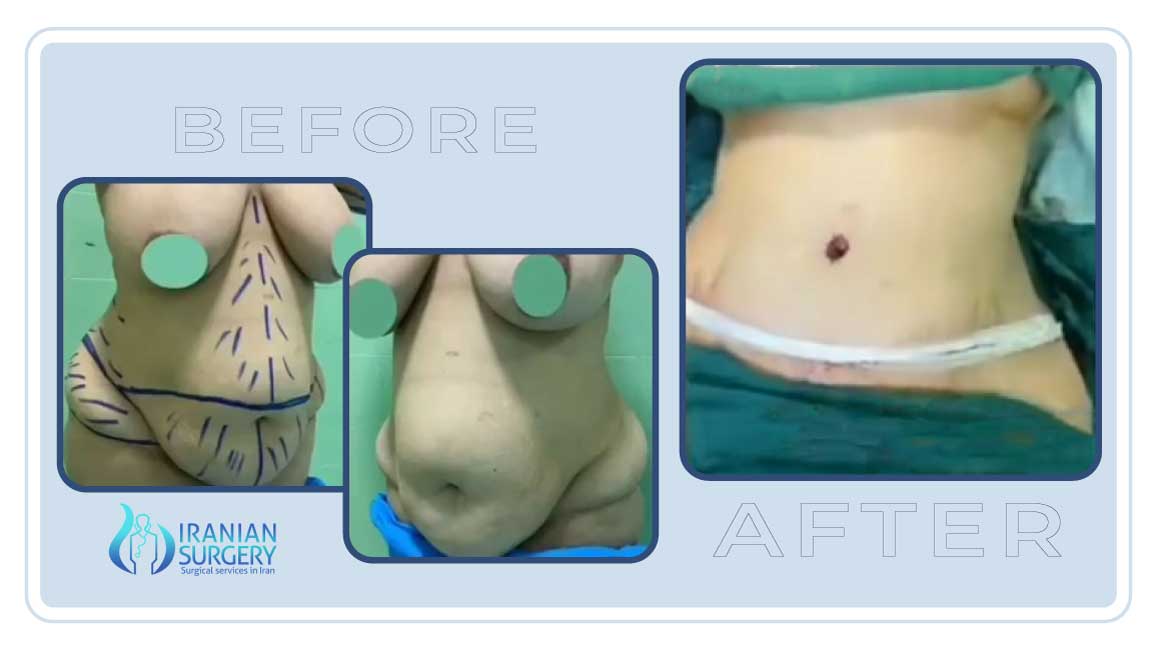 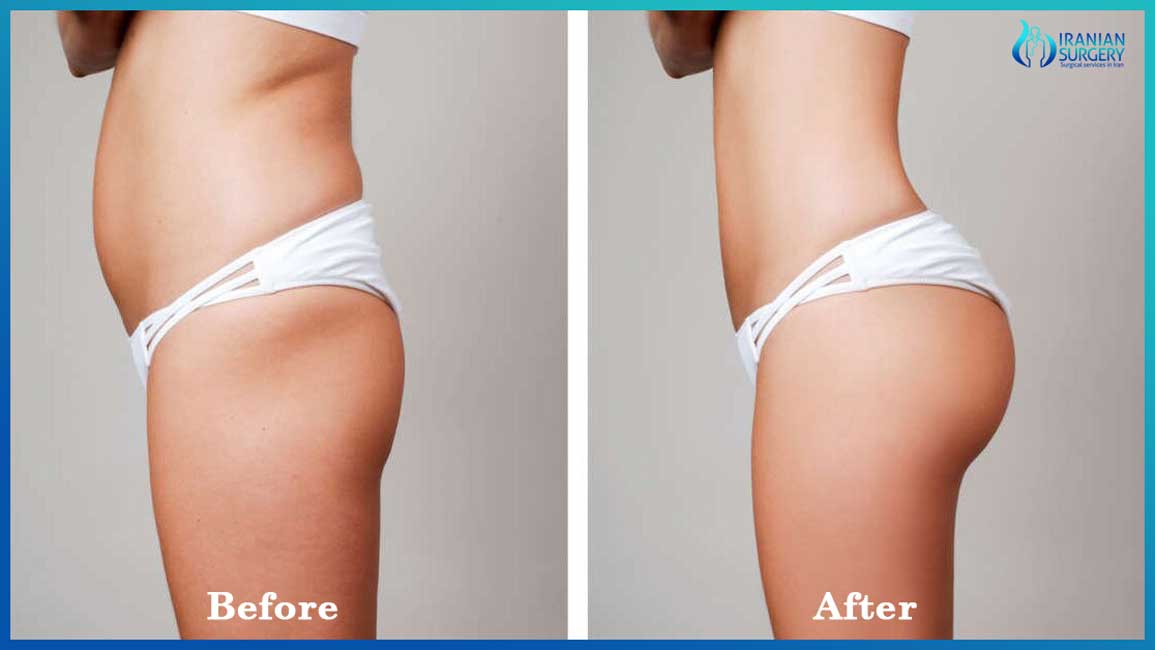 General information about Lipomatic in Iran

The following table describes general information about lipomatic surgery in Iran including Lipomatic cost in Iran, recovery time, and to name but a few. 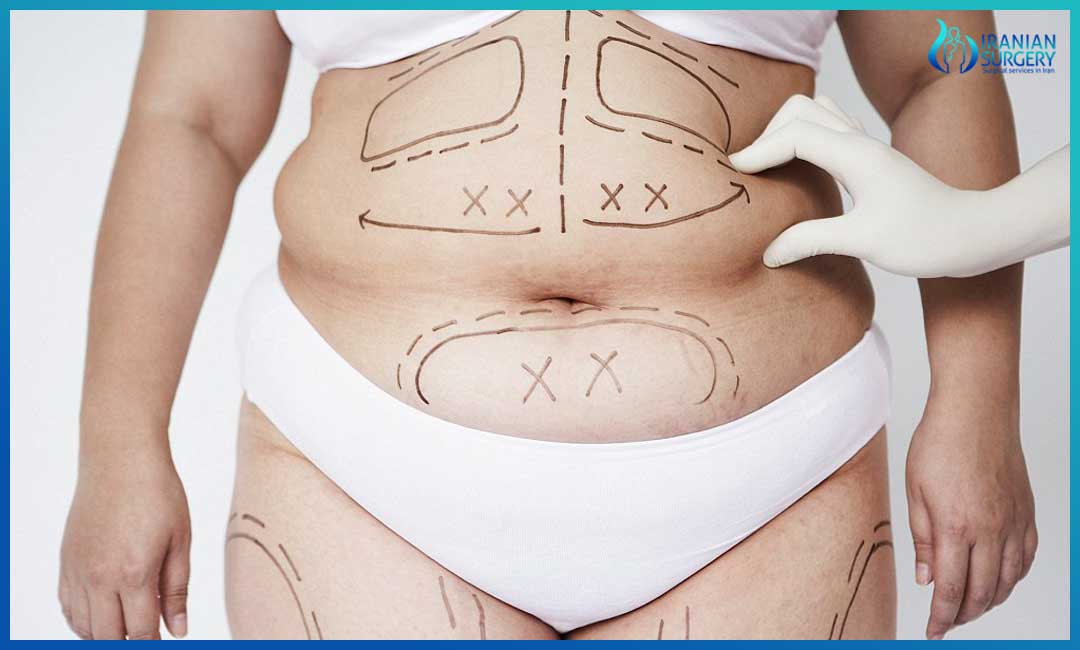 How can I find the best Lipomatic surgeon in Iran?

It is important that you seek the assistance of experienced and skilled Lipomatic surgeons in Iran who have provided a suitable condition for people with limited budgets to do Lipomatic in Iran easily. It is worth explaining that the quality provided by Iranian surgeons is far higher than other countries including Turkey and India.

Who is the best lipomatic surgeon in the Iran?

Dr. Dastjerdi is one of our top plastic surgeons who has successfully completed many Lipomatic surgeries. On this page you will find more information about him and his work.

Plan your lipomatic in Iran with the Best Plastic Surgeon.

Iranian Surgery is a medical tourism company in Iran that cooperates with the best plastic surgeons in Iran, specialists and hospitals in Iran and offers world-class treatments at an affordable cost.

Read more about : Which is safer : Lipomatic or Liposuction? 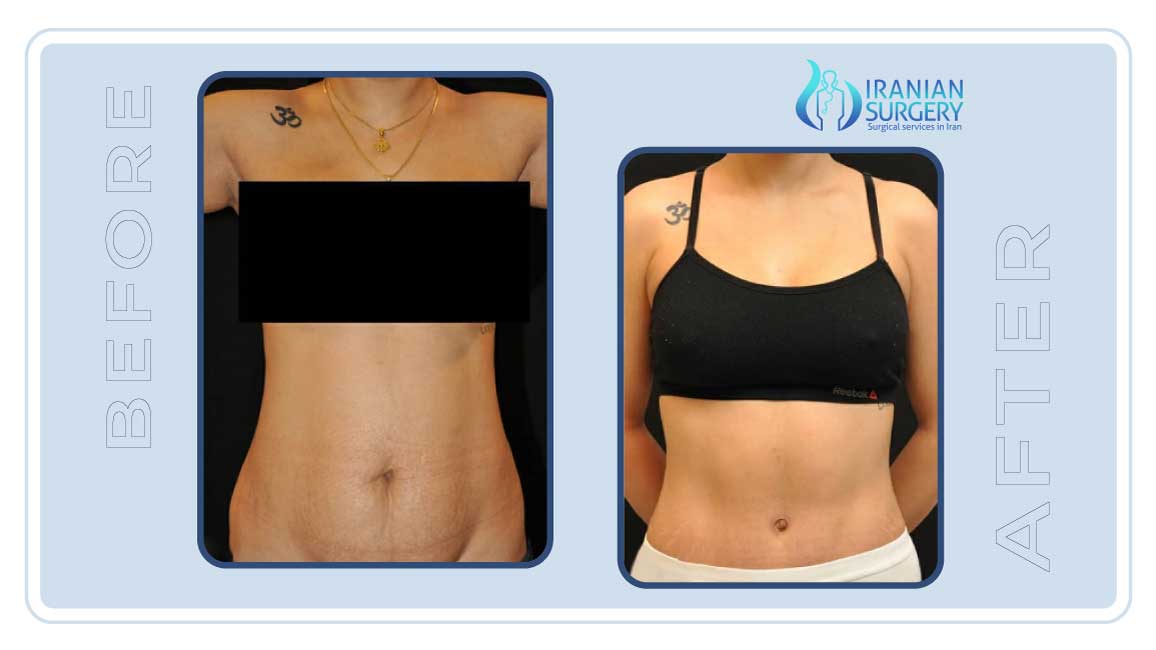 Read more about : Plastic surgery in Iran before and after

All you should know about lipomatic surgery

Lipomatic is an FDA approved device that allows safe and effective high volume liposuction in all body areas with precision.

Lipomatic is a type of liposculpting in which the excess fat will be removed from or transferred to a desired area which will slim and reshape the body. Lipomatic might seem like liposuction but the technology used in lipomatic to break and suction fat is very much different from liposuction. For this reason lipomatic results in less tissue damage, uniformity of fat under skin, more fine skin look and more lasting effect.

Please note that the lipomatic procedure is not a cure for obesity since it only focuses on correcting the contour of the body and not losing weight. Patients who is BMI is less than 30

People who want to reshape their body and make it slimmer

Before Lipomatic surgery in Iran

. Stop smoking or drinking alcohol at least 2 weeks before the surgery

. List your medical history and let your surgeon know if you have allergy to any medicines.

. Decrease your salt intake before and after the surgery

. Stop taking any herbs or vitamins two weeks before the surgery

. Do not take ibuprofen or aspirin two weeks before surgery

. Have a companion to be with you for the first 24 hours

The procedure is more and less the same as liposuction. Lipomatic uses infrasonic sound, vibration and nutation technology to break fat cells. Cannula tube enters inside the fat tissues and destroy them by rotational movement and vibration. These movements make no damage neither to vessels nor to fat cells. Using such technology making it possible to suck fat cells completely and with no harm. Fat cells suctioned out by lipomatic are re-usable as filler and can be injected in some other parts of the body such as breast, hip, face etc.

Since the technique is different from liposuction, blood loss and scarring of this procedure are minimum. Also, less recovery time is required.

Operations are completed within 2-3 hours according to the average of fats to be sucked.

To apply local anesthesia, we do not apply methods which are unethical and put the patient’s health at risk! We say health first, and then aesthetics.

Read more about : Which anesthesia is better for liposuction?

Lipomatic is a procedure that has tightening effect. If there is no sagging and deformation before the operation, very good results are obtained. However, if the skin has cracks, loosening and sagging before the operation, Lipomatic application together with lifting surgery gives much better results. Just as an excessively inflated balloon does not regain its former shape when it collapses, the skin that has large cracks cannot become very smooth in the same way. After the initial fat intake, mini or classical lifting process can be performed in the same operation. Thus, you can have a desired flat stomach or arms at one time. Lifting surgery can also be applied to both legs and arms.

Someone who needs to undergo lifting surgery should stop smoking at least 2 weeks prior to surgery if he / she is smoking and should not smoke at least 4 weeks after surgery. 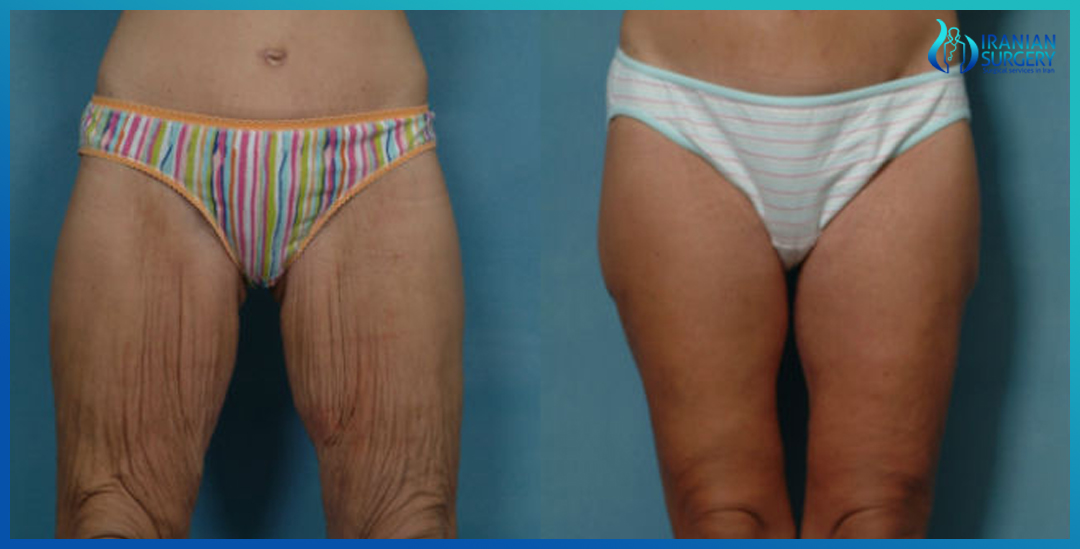 Lipomatic and combination with surgeries

Lipomatic can also be combined with procedures such as mammoplasty, facial aesthetics or rhinoplasty. As the patient is anaesthetized, more than one operation can be performed. Thus, large changes can be seen at one time.

With lipomatic, the fat taken from the abdomen and the surrounding area can be injected into the hip. Thus, the person’s own natural fats are used and the hip is plumped without using a prosthesis. As a result, an hourglass appearance can be obtained. The injected fats can decrease by 30 – 40 % in the first 1 month. This is also related to the anatomical structure.

After the operation, it is necessary to lie down flat for 1 month and you should not sit in very flat places. You can choose from special pillows available on the market to maintain the given shape. 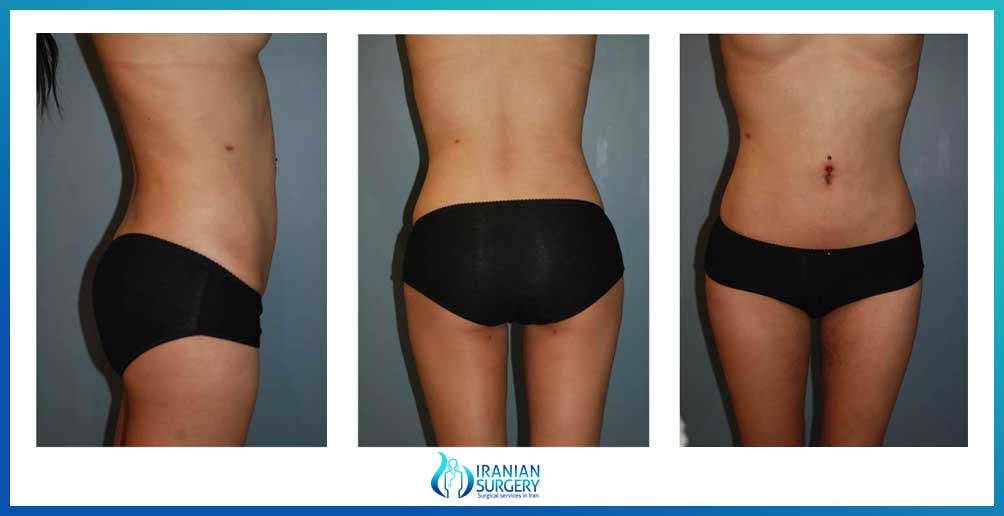 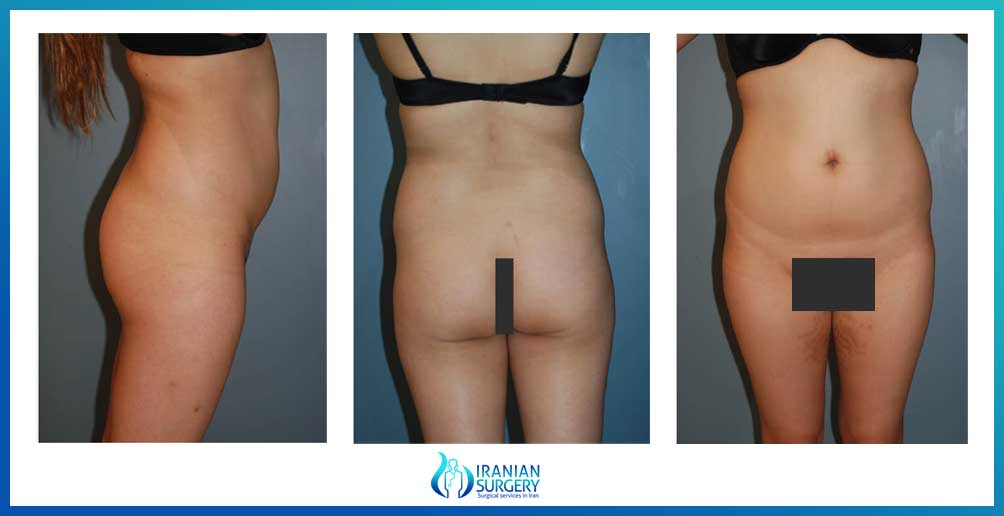 After Lipomatic Surgery in Iran

Pain, swelling and bruising are normal after the lipomatic procedure. But this procedure has shorter healing period.

Lipomatic after- care in Iran

. Do not use any warm or cold compress on surgical areas.

. Take bath 24 hours after the procedure

. Normally it is ok to fly after 5 days

. Take care of your daily diet to have foods with no or less oil or salt.

It is necessary to wear a corset on the application areas after the process. The reason for this is that edema is generated in the area where the process is made and the necessity of keeping the skin tight. As the edema decreases with each passing day, the corset begins to be wide. With our adjustable corsets, you can spend the 1-month period comfortably. Usually you need to use the whole-body corset for procedures that are from the bottom of the chest to the knee. These corsets are designed so that you can easily handle your toilet needs. 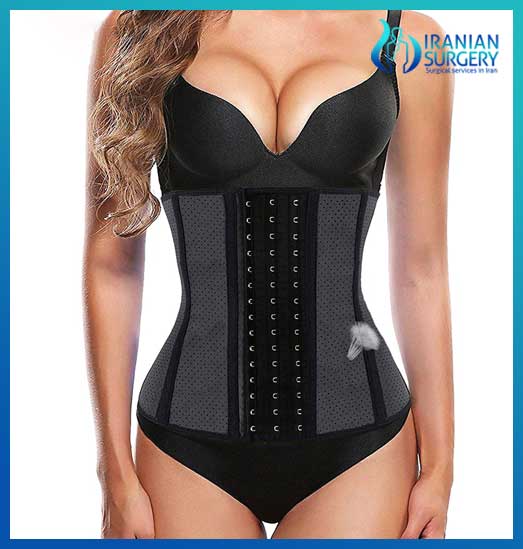 Lipomatic in Iran is performed in the most specialized beauty centers and hospitals, and due to its very affordable price, many people from all over the world, such as the United States, Europe, Australia, and Arab countries, travel to Iran every year to undergo Lipomatic.

1What is Lipomatic surgery?
Liposuction, also called lipoplasty, liposculpture suction, lipectomy, or lipo, is a type of cosmetic surgery that breaks up and "sucks" fat from the body. It is often used on the abdomen, thighs, buttocks, neck, chin, upper and backs of the arms, calves, and back.
2How painful is a tummy tuck recovery?
Recovery from a tummy tuck procedure occurs over a period of six months or more. In the first couple of days, managing pain and avoiding complications is your top priority. The first week will be the worst, and you will still feel like you are recovering for about two to three weeks.
3How dangerous is liposuction?
As with any major surgery, liposuction carries risks, such as bleeding and a reaction to anesthesia. Possible complications specific to liposuction include: Contour irregularities. Your skin may appear bumpy, wavy or withered due to uneven fat removal, poor skin elasticity and unusual healing.
4Is CoolSculpting safe?
The U.S. Food and Drug Administration has certified CoolSculpting as a safe medical treatment. ... And it's effective in reducing fat cells in a given treatment area by up to 20 to 25 percent. However, CoolSculpting can cause several side effects, and it's not recommended for everyone. Keep reading to learn more.
5How much weight can you lose with liposuction?
Right now, surgeons follow guidelines that set a maximum extraction limit of 5,000 milliliters of fat (11 pounds) for all patients, regardless of variations in weight or body fat status. But the new study suggests surgeons could use a patient's body mass index (BMI) to determine how much fat extraction is safe.
6How long will my stomach be swollen after liposuction?
The area will probably be bruised and swollen for at least 10 to 14 days. You will be able to return to your normal activities as soon as you feel comfortable. This may take several days to a few weeks. Most people can return to light work within a few days.