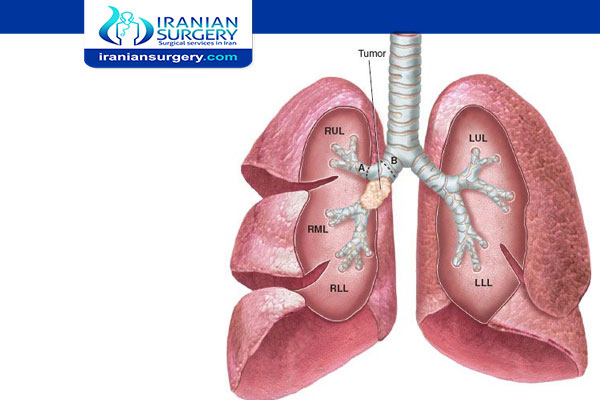 What is a Lobectomy?

A lobectomy is the surgical removal of a lobe of an organ. It most often refers to the removal of a section of the lung, but it can also refer the liver, brain, thyroid gland, or other organs.

In most cases, surgeons perform a lobectomy to remove a cancerous portion of an organ and to prevent the cancer from spreading. This may not entirely get rid of the disease, but it can eliminate the primary source of it.

A lobectomy is the most common way to treat lung cancer.

Iranian surgery is an online medical tourism platform where you can find the best surgeons in Iran. The price of lobectomy in Iran can vary according to each individual’s case and will be determined by an in-person assessment with the doctor.

For more information about the cost of lobectomy in Iran and to schedule an appointment in advance, you can contact Iranian Surgery consultants via WhatsApp number 0098 901 929 0946. This service is completely free.

Purpose of a Lobectomy

A lobectomy is done to remove a diseased or damaged portion of the lung, most often due to lung cancer. Specifically, lobectomy is most commonly performed for non-small cell lung cancers (NSCLC) in which the tumor is confined to a single lobe.

This procedure is less invasive and conserves more lung function that a pneumonectomy, a surgery that involves removing an entire lung. In contrast, it is somewhat more extensive than a wedge resection, a surgery that removes the tumor and a small amount of surrounding tissue.

What are the risks of a lobectomy?

The risks of a lobectomy include:

. An empyema, which is a collection of pus in the chest cavity

. A bronchopleural fistula, which is a tube-like track that causes air or fluid to leak out at the surgical site

. A tension pneumothorax occurs when air gets trapped between the lung and chest wall

A tension pneumothorax can potentially cause the lungs to collapse.

Specific medical conditions may lead to complications if you have a lobectomy. Discuss the risks with your doctor before any surgical procedure.

What are the benefits of a lobectomy?

Having a lobectomy can stop or slow the spread of cancer, infections, and diseases. Performing this surgery may also allow your doctor to remove a portion of an organ that affects the function of other organs. For example, a benign tumor may not be cancerous but may press against blood vessels, preventing adequate blood flow to other parts of the body. By removing the lobe with the tumor, your surgeon can effectively solve the problem.

How should you prepare for a lobectomy?

You’ll need to fast for at least eight hours before a lobectomy. This usually means not eating or drinking after midnight. Smokers need to stop smoking before having this surgery. This will improve your chance of a successful recovery.

Most people will receive a sedative before the surgery to help them relax. You may also receive antibiotics, and any other preparatory measures your doctor recommends.

A lobe of your lung can be removed using a few different methods.

A lobe of the lungs is removed through a long incision on the side of the chest (thoracotomy). This involves spreading the ribs apart to get access to the lungs.

This type of surgery is usually performed if your healthcare provider needs to remove larger stage 2 and stage 3 tumors from the lungs and lymph nodes.

A lobe of the lung is removed through a few small incisions in the chest with the assistance of instruments and a camera.

This procedure is becoming the preferred technique. A VATS lobectomy may be considered for stage 1 or stage 2 non-small cell lung cancer (NSCLC).

When a VATS lobectomy is possible, it may result in fewer complications than an open lobectomy.

Similar to VATS but performed with robots, RATS also appears to result in fewer complications and shorter hospitalizations after a lobectomy. It has been used successfully with stage 3 NSCLC, but controversy remains over whether it provides a better outcome.

What happens during the surgery?

A lobectomy is performed in the operating room under a general anesthetic, so you will sleep through the procedure. You may be given antibiotics intravenously before or after the surgery.

You will be placed on a ventilator with a breathing tube inserted into your throat, and a catheter may be placed to drain urine during and after the procedure.

Your heart rate, blood pressure, and breathing will be monitored throughout the operation.

. If you are undergoing an open lobectomy, an incision will be made on the side of the body where the tissue is being removed. The cut will likely start at the front of the chest around the nipple and wrap around your back to the area under the shoulder blade.

An instrument will be used to spread the ribs apart. The healthcare provider will remove the tissue and close up the incision with stitches or staples.

. If you are undergoing a VATS or RATS procedure, three or four small cuts will be made around the area of the lobe. A thoracoscope, a small tube with a light and a tiny camera, can then be inserted into the chest cavity. It sends images to a computer screen to help the surgeon visualize the area.

Surgical instruments are then inserted through the other incisions and used to remove the problematic tissue.

After either surgery, a chest tube will be placed into the surgical area to allow excess fluid and air to drain outside of the chest for a period of time. The surgeon will close the incision(s) with stitches or staples.

What to expect after a lobectomy

After surgery, you’ll be taught deep breathing and coughing exercises so your lungs can learn to expand and contract again. This will also improve your breathing and help to prevent pneumonia and other infections. Moving around and getting out of bed will help you heal faster. Slowly increase your physical activity and avoid lifting heavy objects for a while.

Be sure to avoid the following while healing:

. Chemical fumes and harmful vapors in the air

. Exposure to people with upper respiratory infections, such as colds and the flu

Be sure to tell your doctor if you have any of the following side effects after surgery:

. Redness, swelling, or pain around the incision

. Any changes in your mental state

What is the outlook?

For some people, having a lobectomy eliminates the medical problem, and for others, it slows their disease’s progression or eases symptoms. If you have lung cancer, the cancer may go into remission after a lobectomy or you may need other treatments to destroy remaining cancer cells. Other conditions may require additional medical attention.

Most people spend two to seven days in the hospital after a lobectomy, but how long you’re in the hospital will depend on a number of factors including the type of surgery you’ve had. Some people can go back to work or resume other activities shortly after that, but most people need to stay home for four to six weeks until they’ve fully recovered. You should avoid heavy lifting for six to twelve weeks after surgery or until your doctor determines you’re well enough.

After the surgery, your doctor will recommend a diet and regimen of physical activity to help you heal. You’ll likely have a follow-up appointment a week after the lobectomy. During that appointment, your doctor will check the incisions and they may take an X-ray to make sure you’re healing properly. If everything goes well, you can expect to have a full recovery in less than three months.

1Is a lobectomy major surgery?
A lobectomy is a surgery to remove one of the lobes of the lungs. ... A lobectomy is most often done during a surgery called a thoracotomy. During this type of surgery, the chest is opened. In most cases, during a lobectomy the cut (incision) is made at the level of the affected lobe.
2How long is recovery from a lobectomy?
The removal usually occurs three to four days after your surgery but may take longer if the surgery was extensive. Again, this does not mean your recovery is going poorly if the chest tube needs to be left in place longer than the average amount of time.
3How dangerous is a lobectomy?
A lobectomy is a major surgery and it has some risks, such as: Infection. A collapsed lung, which prevents your lung from filling with air when you breathe in. Air or fluid leaking into your chest.
4How dangerous is lung surgery?
Surgery for lung cancer is a major operation and can have serious side effects, which is why surgery isn't a good idea for everyone. ... Possible complications during and soon after surgery can include reactions to anesthesia, excess bleeding, blood clots in the legs or lungs, wound infections, and pneumonia.
5Do lungs grow back after surgery?
WEDNESDAY, July 18, 2012 (HealthDay News) -- Researchers have uncovered the first evidence that the adult human lung is capable of growing back -- at least in part -- after being surgically removed. ... The study showed a 64 percent increase in the number of alveoli in the woman's lung 15 years after surgery.
6How long does VATS lobectomy surgery take?
approximately two to three hours The VATS lobectomy procedure takes approximately two to three hours. Patients will be under general anesthesia.
7What fills the space after a lobectomy?
After a lobectomy, the remaining lobe(s) will fill the space. Removal of one entire lung (right or left). After a pneumonectomy, the remaining space (pleural cavity) fills with fluid.
8How long does it take to heal after lung surgery?
Your Recovery Lung resection is surgery to remove part or all of your lung. It is used to treat a damaged or diseased lung. It is common to feel tired for 6 to 8 weeks after surgery. Your chest may hurt and be swollen for up to 6 weeks.
9How often does lung cancer come back after surgery?
Most lung cancers that recur do so in the first five years following diagnosis. That said, the risk of recurrence never returns to zero. One study that followed 5-year lung cancer survivors found that 87 percent made it another five years cancer-free.
10What happens if lung is removed?
Most people can get by with only one lung instead of two, if needed. Usually, one lung can provide enough oxygen and remove enough carbon dioxide, unless the other lung is damaged. During a pneumonectomy, the surgeon makes a cut (incision) on the side of your body. ... He or she surgically removes the affected lung.