How much Liposuction Cost in different countries?

Liposuction cost is an important factor when you decide to perform liposuction surgery. However, the quality of liposuction is of equal importance.

How much is the cheapest liposuction?

The liposuction cost in different country starts from $2,000 (Iran, India, and Mexico) and comes to $20000 (USA, Canada, UK) per treatment region, which is not included the cost of anesthesia and other fees. Liposuction, or the surgical removal of fat deposits, is one of the most common plastic surgery treatments performed today.

Iranian surgery website is an online medical tourism platform where you can find the best liposuction Surgeons in Iran. The price of a liposuction in Iran can vary according to each individual’s case and will be determined based on photos and an in-person assessment with the doctor. So if you are looking for liposuction cost in Iran, you can contact us and get free consultation from Iranian surgery.

1) The size and volume of excess fat

2) Geographical location of the country

3) Costs of staying in the hospital

The liposuction surgery usually takes approximately 2-4 hours.It is common that patients undergo general or local anesthesia.This procedure is usually painless and patients should hospitalize for nearly 1-2 nights.The level of anesthesia will usually depend on the volume of patients\' fat (BMI) which need to be removed.

Read more about : lipomatic vs liposuction

The process of liposuction surgery may contain many serious and important risks. Before taking any action, talk to your doctor and ask him to tell you about all these risks and probable repercussions.

Read more about : Lipomatic side effects

The risks involved in surgery are as follows:Wounds and internal organs, Wounds Complications and problems caused by anesthesia burns which is mainly due to equipment such as ultrasound investigations (ultrasound) and Damage to nerves.

Read more about : tips for fast recovery after vaser liposuction

After the first session, most customers will feel the change in the treated areas, and this change is quite obvious after the third meeting. Just like any other treatments, depending on age, tissue structure, site treatment, individual metabolism, current medications and changes in hormones, the results may vary from person to person. A healthy diet and increased physical activity will make the treatment more effective. After the last treatment session, the results will last for a few weeks. The body continues to metabolize fat up to 12 weeks after treatment, which means that treatment will always be. This process will make your skin stricter and smoother than before.

Long-term effects of liposuctionWhat are the long-term liposuction effects? Complications of long-term liposuction are variable and different. Liposuction removes excessive fat in the treated area temporarily. Even if you wake up again, fat is stored in different parts of the body. New fats are hidden in the deep layers of the skin. If these fats come to the tissue around the heart or liver, it will be fatal and dangerous. Some people after surgery may destroy their liposuction forever and their skin is less sensitive. All these complications are permanent and life-threatening and cannot be restored to the first place. 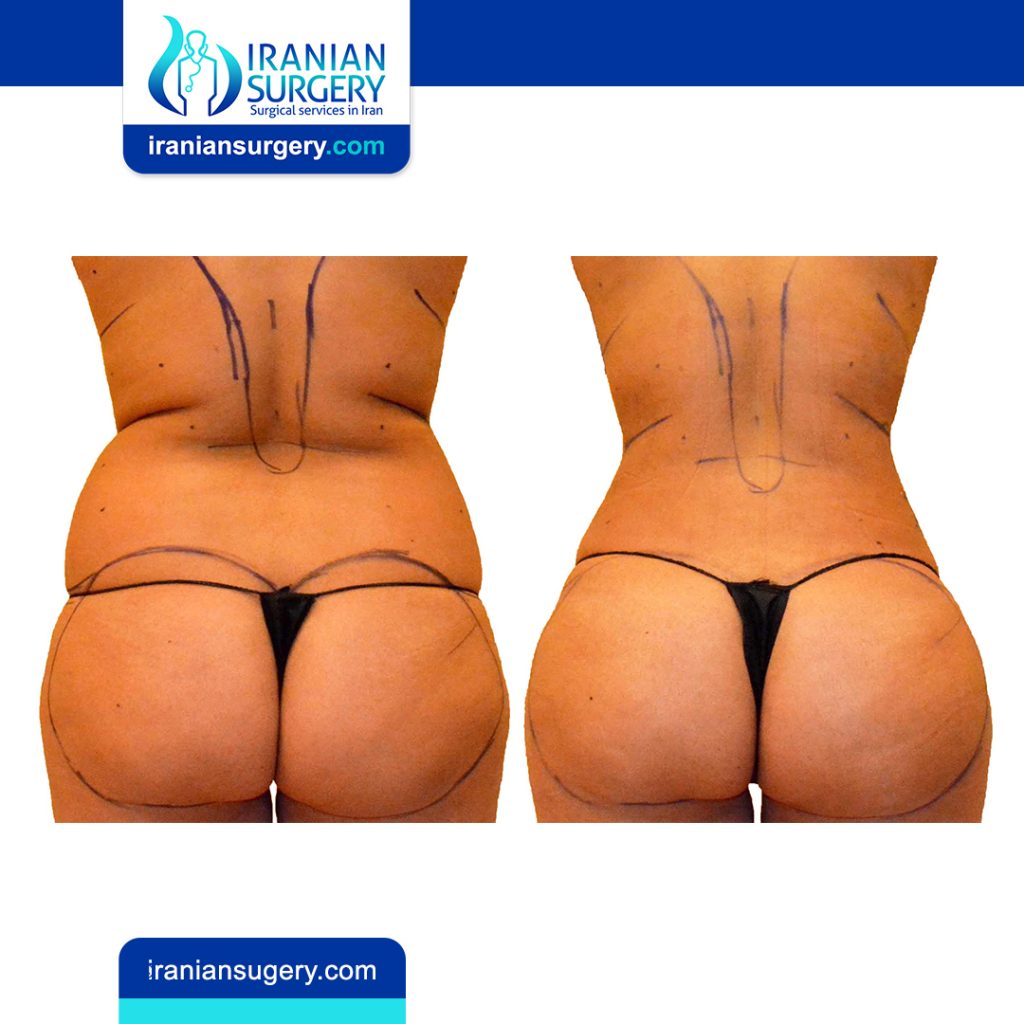 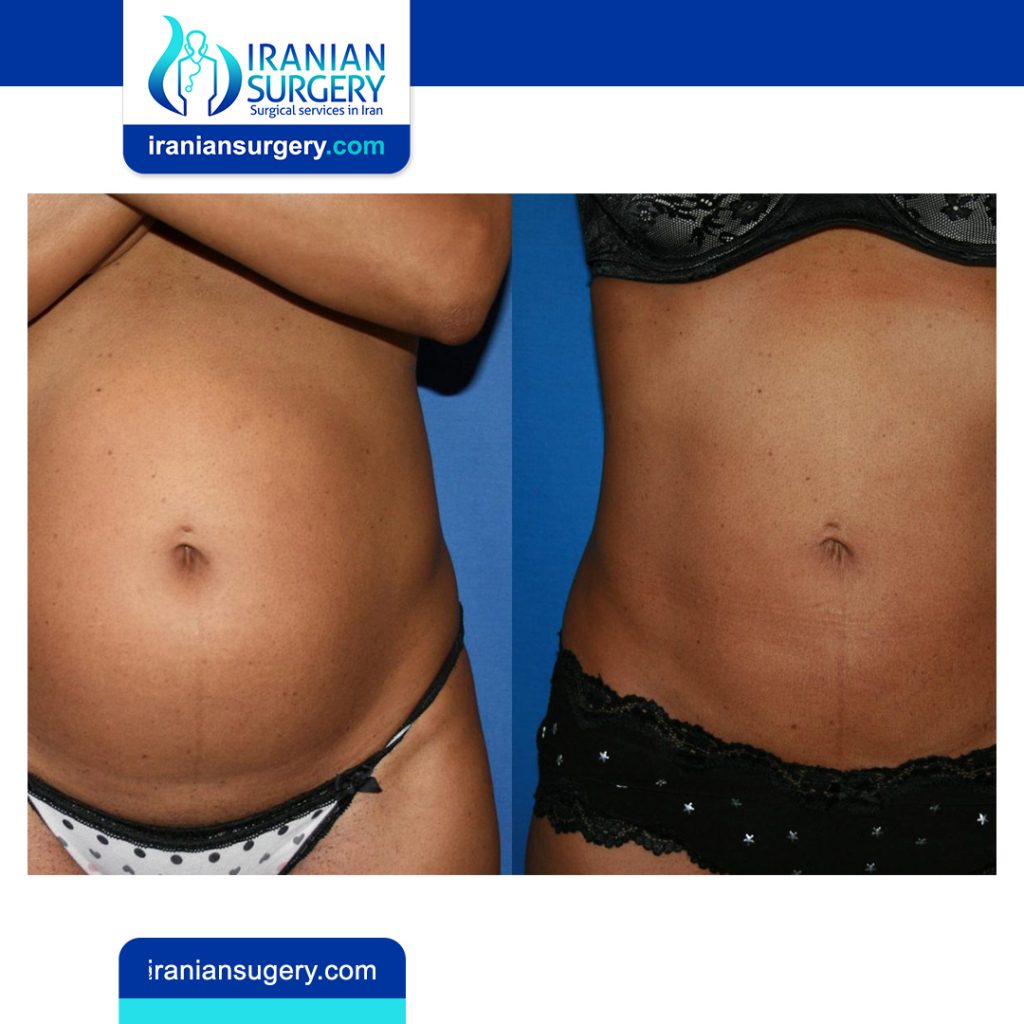 What can I expect from liposuction?Liposuction is a surgical procedure that uses a suction method to eliminate fat from specific parts of the body, such as the abdomen, hips, thighs, buttocks, arms or neck. Other names for liposuction include lipoplasty and body contouring. Liposuction isn\'t typically considered as an overall weight-loss technique or a weight-loss alternative. If you\'re overweight, you\'re likely to lose more weight through healthy diet and regular exercise or through bariatric procedures — such as gastric bypass surgery — than you would with liposuction. You may be a candidate for liposuction if you have too much body fat in specific spots but otherwise have a stable body weight.

Read more about : back pain after liposuction

Liposuction pain management reduces local fat reserves. It’s also called suction lipectomy, lipoplasty, liposculpture, or simply lipo.Pain after Liposuction After a liposuction, you will be given a series of post-operative instructions. The type of anesthesia and the amount used determine the level of pain experienced during the first few days after liposuction. Liposuction performed with intravenous sedation (IV) will result in less post-operative pain and rarely requires medication other than acetaminophen. Liposuction performed under general anesthesia usually results in pain that is more intense that requires prescribed pain medication.

How much fat can liposuction remove?

What you lose during liposuction does not depend on what you already have. People with heavier weight cannot exceed the allowable amount of weight lost during each procedure. Generally, each procedure removes four to five pounds of fat cells, no more, no less. This amount will not drastically change your body type, but will help do away with fat in stubborn areas.

Read more about : Rippling after liposuction

Vaser liposuction, also known as Lipo Vaser, is an alternative to the traditional liposuction and lipomatic. People usually use the treatment to improve the aesthetics of a particular body part and this is done by removing the fatty acid deposits from beneath the skin. It differs from liposuction in a way that liposuction is a process by which people tend to lose weight while the Vaser liposuction is generally undergone by a person in good physical condition. Vaser liposuction is availed by people who are looking for contouring or body sculpting.

Laser Liposuction (LAL) a method that uses the energy of laser waves for the fatty cells. After the fatty cells become watery, they can be removed by vacuum suction from the workplace, or they allow spontaneously through small tubes placed in this area, may come out. Since the tube applied in the laser canola is smaller than that used in conventional liposuction, surgeons prefer to utilize liposuction in sensitive and sensitive areas of the body.Usages of this method:These areas include chin, jaw and face. One of the advantages of a laser assisted liposuction device is that the energy of the laser waves stimulates the production of collagen in the tissues. Collagen was built to promote skin texture and prevent loss after liposuction. Collagen is a fibrous protein that helps maintain the structure of the skin.

1Is liposuction a major surgery?
Liposuction is a plastic surgery procedure that removes extra fat from the body. It's also called lipo, lipoplasty, or body contouring. ... Liposuction isn't a weight loss treatment. It has serious risks and possible complications, so it's important to talk to your doctor before considering it.
2Is CoolSculpting better than liposuction?
Because CoolSculpting removes less fat per treatment, patients may need several sessions of CoolSculpting to get their optimal result. Patients who are thinking about other cosmetic surgical procedures may be better candidates for liposuction than CoolSculpting since they would already be under aesthesia.
3Is tummy tuck better than liposuction?
For most patients, a tummy tuck is the surest way to achieve this result. Liposuction is a wonderful tool for removing fat in areas of the body with tight skin, such as the hips, saddleback and flanks. ... In contrast, abdominoplasty removes not just the fat but also the extra skin and tightens up the muscles.
4Does liposuction leave a scar?
Tummy Tuck: Due to the long incision required for tummy tuck surgery, the procedure will leave a long scar. ... The scar will be permanent but will fade over time. Liposuction: The minor incisions needed for liposuction may leave only small scars or no scars at all. Any minor scarring will fade over time.
5How can I reduce my stomach fat?
Here are 20 effective tips to lose belly fat, backed by scientific studies. Eat Plenty of Soluble Fiber. ... Avoid Foods That Contain Trans Fats. ... Don't Drink Too Much Alcohol. ... Eat a High-Protein Diet. ... Reduce Your Stress Levels. ... Don't Eat a Lot of Sugary Foods. ... Do Aerobic Exercise (Cardio)
6Does liposuction help belly fat?
Why You'll Still Need to Exercise After Liposuction. June 15, 2012 -- Liposuction can help get rid of muffin tops, love handles, and other pockets of fat. But new research shows that removing fat from your abdominal area may cause you to gain dangerous visceral or belly fat.
7Is CoolSculpting better than laser lipo?
CoolSculpting is noninvasive, while laser lipo is a minor surgical procedure. Laser lipo carries many of the same risks and side effects as traditional liposuction, but on a smaller scale. And while laser lipo results are immediate, CoolSculpting results take several weeks (and up to two months) to be noticeable.
8How long does Lipo last?
It can take up to six months for the area to settle completely. During this time you might notice some changes and subtle differences to the area. The final results of liposuction are generally long-lasting if you maintain a healthy weight.
9Is liposuction a good idea?
Liposuction permanently removes fat cells, altering the shape of the body. However, if the patient does not lead a healthy lifestyle after the operation, there is a risk that the remaining fat cells will grow bigger. The amount of fat that can be safely removed is limited
10Does fat come back after lipo?
Unfortunately, it is possible for fat to return after liposuction... if you allow it to come back. In general, the more weight gained by a patient after liposuction, the less dramatic their results will be. Fat will not return (and ideal results will remain intact) if the patient maintains their "post-lipo weight."
Related post
5.0
03