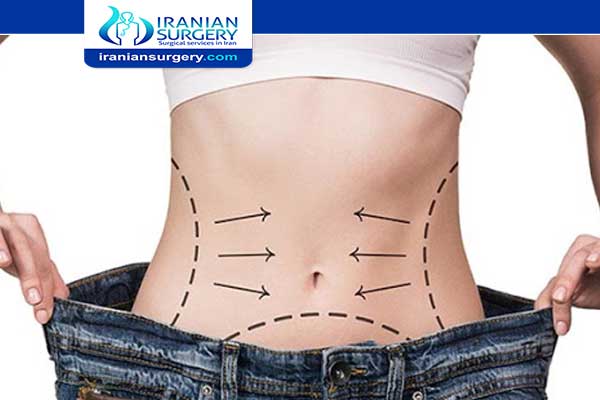 What is Lipomatic surgery?

The Pros and Cons of Lipomatic surgery

Lipomatic is an FDA approved device that allows safe and effective high volume liposuction in all body areas with precision.

Lipomatic is a type of liposculpting in which the excess fat will be removed from or transferred to a desired area which will slim and reshape the body. Lipomatic might seem like liposuction but the technology used in lipomatic to break and suction fat is very much different from liposution. For this reason lipomatic results in less tissue damage, uniformity of fat under skin, more fine skin look and more lasting effect.

To achieve a more natural result, lipomatic mostly combines with other procedures such as body lift, breast augmentation or reduction, abdominoplasty or similar plastic surgeries.

Please note that the lipomatic procedure is not a cure for obesity since it only focuses on correcting the contour of the body and not losing weight.

Who is a good  candidate for lipomatic?

What do you know about Lipomatic?

Patients whose BMI is less than 30

People who want to reshape their body and make it slimmer

The following table describes general information about lipomatic surgery  including Lipomatic cost in Iran, recovery time, and to name but a few.

. Stop smoking or drinking alcohol at least 2 weeks before the surgery

. List your medical history and let your surgeon know if you have allergy to any medicines.

. Decrease your salt intake before and after the surgery

. Stop taking any herbs or vitamins two weeks before the surgery

. Do not take ibuprofen or aspirin two weeks before surgery

. Have a companion to be with you for the first 24 hours 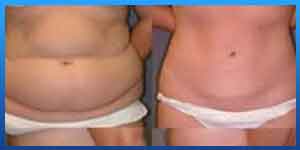 . The amount of wearing days of body shaper in this surgery is very short and lasts for 2 weeks.

. In this surgery local anesthesia is used.

. Inflation and discharge in this surgery are very low.

. The probability of infection is very low.

. Fat embolism was low and so far no cases have been reported.

. Does not need to be hospitalized and the person is discharged after treatment.

. Fatigue and body injury in this surgery are less therefore it is more convenient than other surgeries.

What are the risks and side effects of lipomatic?

Lipomatic is a type of liposuction surgery that breaks up and "sucks" fat from the body. It is often used on the abdomen, thighs, buttocks, neck, chin, upper and backs of the arms, calves, and back. The fat is removed through a hollow instrument, known as a cannula. This is inserted under the skin. A powerful, high-pressure vacuum is applied to the cannula.

The risks during surgery include:

. Puncture wounds or injuries to other organs

. Burns from equipment, such as ultrasound probes

Read more about : Can i drink alcohol after liposuction?

Read more about : Exercise after fat transfer to breast

What are the after effects of lipomatic surgery?

Any major surgery carries a risk of bleeding, infection, and an adverse reaction to anesthesia.

The risk of complications is usually associated with how large the procedure is, as well as the surgeon's skills and specific training.

The following risks, unpleasant side effects, or complications are possible:

. Severe bruising: This can last for several weeks.

. Inflammation: The swelling may take up to 6 months to settle, and fluid may continue to ooze from the incisions.

. Thrombophlebitis: A blood clot forms in a vein, causing inflammation and further complications.

. Contour irregularities: If there is poor skin elasticity, if the wound heals in an unusual way, or if fat removal has been uneven, the skin may appear withered, wavy, or bumpy.

. Numbness: The affected area may feel numb for a while, but this is usually temporary.

. Infections: Rarely, a skin infection may occur after lipomatic surgery. Sometimes this needs to be treated surgically, with the risk of scarring.

. Pulmonary embolism: Fat gets into the blood vessels and travels to the lungs, blocking the circulation in the lungs. This can be life-threatening.

. Pulmonary edema: Sometimes, when fluid is injected into the body, it accumulates in the lungs.

. Allergic reaction: The patient may be allergic to medications or materials used during surgery.

. Skin burns: The cannula movement may cause friction burns to the skin or nerves. 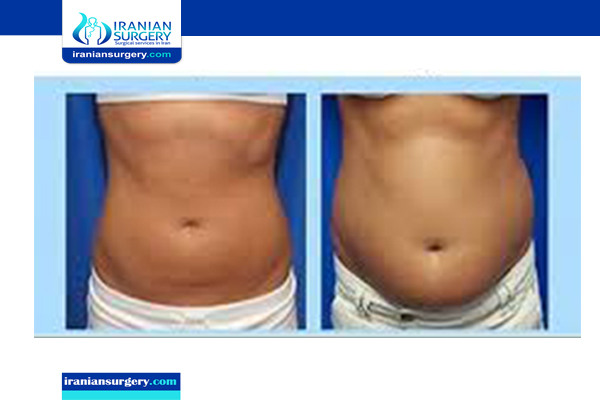 The risks during recovery include:

. Problems with the shape or contours of the body

. Changes in skin sensation and feeling

Read more about : Liposuction on arms

Read more about : How to reduce swelling after coolsculpting?

How Lipomatic surgery is done?

The procedure is more and less the same as liposuction. Lipomatic uses infrasonic sound, vibration and nutation technology to break fat cells. Cannula tube enters inside the fat tissues and destroy them by rotational movement and vibration. These movements make no damage neither to vessels nor to fat cells. Using such technology making it possible to suction fat cells completely purified with no harm. Fat cells suctioned out by lipomatic are re-usable as filler and can be injected in some other part of the body such as breast, hip, face etc.

Since the technique is different from liposuction, blood loss and scarring of this procedure are minimum. Also, less recovery time is required. Unlike liposuction, no hospitalization is required and the patient is usually discharge right after the procedure.

Operations are completed within 2-3 hours according to the average of fats to be sucked. You can walk out after the process. Most recent simple and safe technique is done under local anesthesia in most application areas so that the patient can return normal activities the next day.

What is the difference between lipomatic and liposuction?

Lipomatic is a better replacement compared with traditional liposuction. Lipomatic is the most recent method of fat removal from the body with a completely different and unbelievable result compared with other fat removal methods such as liposuction or lipolysis. Fat cells are initially emulsified in an entirely physical way rather than using radiation or heat. The emulsion slowly gets discharged from the body to help with the body's configuration. The safety of this method is much higher compared with traditional liposuction technique.

Both are cosmetic procedures performed to break down the fat tissue using different methods and are then suctioned out to reduce fat content. Vaser liposuction is performed by ultrasound technology breaking down fat tissue inside the area of treatment surrounding cells and tissues are not affected however as different tissues naturally vibrate at different notions, the ultrasound is set at a vibration that only affects the fat cells. Once the fat cells are broken up by the ultrasound waves then they are suctioned out with small incisions that have been made to be able to suction the now liquefied fat from the use of ultrasound.

Lipomatic liposuction uses a different method, the surgeon creates incisions on the area of treatment, the surgeon then creates tunnels so the cannula device can reach areas of fat content after the tunnels are created anaesthesia is then inserted into the patient so there is no pain. Then the cannula is inserted into the incisions with the fat than being suctioned out as the unique lipomatic method is for the cannula to vibrate to break up fat content painlessly and therefore being suctioned out.

Read more about : Liposuction vs lipomatic

. Do not use any warm or cold compress on surgical areas.

. Take bath 24 hours after the procedure

. Normally it is ok to fly after 48 hours

. Take care of your daily diet to have foods with no or less oil or salt.

Read more about : Does CoolSculpting cause swelling?

1How dangerous is lipomatic?
As with any major surgery, lipomatic carries risks, such as bleeding and a reaction to anesthesia. Possible complications specific to lipomatic include: Contour irregularities. Your skin may appear bumpy, wavy or withered due to uneven fat removal, poor skin elasticity and unusual healing.
2What is Lipomatic?
Lipomatic and Liposculpture. Liposclupture means slimming, filling and reshaping specific areas of the body by removing excess fat deposits or transferring to desired areas.
3Does lipomatic have side effects?
Some of the side effects that patients may experience after undergoing liposuction are described below. Bruising – Bruising is common after lipomatic. The bruising may be painful at first, but usually fades within a few weeks.
4How much weight can you lose with lipomatic or liposuction?
Right now, surgeons follow guidelines that set a maximum extraction limit of 5,000 milliliters of fat (11 pounds) for all patients, regardless of variations in weight or body fat status. But the new study suggests surgeons could use a patient's body mass index (BMI) to determine how much fat extraction is safe.
5How painful is lipomatic recovery?
Lipomatic performed under general anesthesia usually results in pain that is more intense that requires prescribed pain medication. Some general expectations for the management of pain after lipomatic are listed below: The pain will be the most intense two to four days after the procedure then gradually lessens
6Is lipomatic permanent?
The fat cells that are eliminated by lipomatic will not come back, they are permanently destroyed, and so in that respect the results of lipomatic are indeed permanent.
7How long does it take to see results from lipomatic?
Waiting for Lipomatic Results Generally speaking, it can take up to a full year after surgery before you notice the final lipomatic results. How long it actually takes before you see results varies from patient to patient. Some people see a dramatic improvement by three or six months after their procedure.
8What is the best type of liposuction?
Liposuction Tumescent liposuction (fluid injection) is the most common type of liposuction. ... Super-wet technique is similar to tumescent liposuction. ... Ultrasound-assisted liposuction (UAL) uses ultrasonic vibrations to turn fat cells into liquid. ... Laser-assisted liposuction (LAL) uses laser energy to liquefy fat cells.
9What is liposonix?
LipoSonix is device new to the United States that has been used overseas to permanently get rid of fat cells and reduce waist size. LipoSonix uses focused ultrasound waves to permanently get rid of fat cells selectively in your problem areas.
10Does skin tighten after liposuction?
Although you will have a reduction in the amount of fatty tissue in the treated area, the skin itself that remains will often only tighten up minimally, if at all. Liposuction does not treat excess skin. Only surgery to remove excess skin (tummy tuck, arm lift, thigh lift, etc.) can do that.