How to smooth out stomach after liposuction? 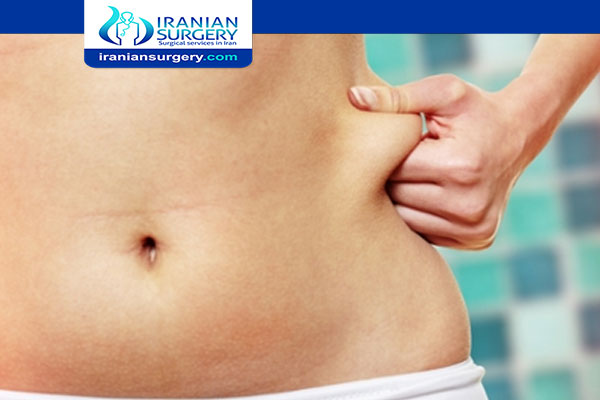 How to massage lumps after Liposuction?

How to smooth out stomach after liposuction?

How to get rid of hardness after liposuction?

Some lumps or bumps can be a normal part of the healing process. In most cases, the results should resolve, and although patients may feel some contour irregularities for a period of time, the end result ideally is quite smooth. After liposuction some people experience subcutaneous lumps, ripples and internal scarring that cause the contour of the body to be uneven. One of the most important things to remember is that liposuction is surgery in which the surface below the outside of the skin is peeled away from the surface below to cause a pocket into which the cannula can go to suck out the fat.

Read more about : The German patient saved $ 14,000 by choosing Iran over Germany to have liposuction and abdominoplasty surgery.

Read more about : Is liposuction safe?

Lumps after liposuction are not uncommon. These lumps are more common in large areas, such as the stomach, back, and thighs. Patients may have skin irregularities (similar to extreme cellulite) for two weeks following their liposuction surgery, and this may even last for a few months.

Lumps after liposuction are more common in older people and those with poor skin elasticity. Skins with stretch marks are more prone to post-liposuction irregularities.

What causes lumps after liposuction?

The most common cause of lumps and bumps after liposuction is the accumulation of fluid under the skin, which in turn causes swelling, or inflammation. While a liposuction procedure is underway, many tunnels are created under the skin by the cannula. These hollow spaces are filled with bodily fluids, which causes irregular swelling, hence the bumpy skin surface.

These tunnels gradually collapse with the help of the compress garment, which presses the skin down and helps it settle down and fit the underlying musculature.

In some cases, bumpiness might be caused by localized hematoma (blood accumulation under the skin). This takes up to one year to improve, when the blood is absorbed, or can be surgically removed.

Other liposuction lumps are residual fat that remains after liposuction. These are small bumps and gradually settle down. A secondary liposuction procedure can also solve this problem.

Additionally, a lack of skill on the part of the surgeon increases the chance of occurrence of dimpling and lumpiness in liposuction areas.

Do lumps after liposuction go away?

Sometimes it may feel stony hard 2 to 3 weeks after the liposuction but eventually all goes away and the skin returns to what it was before the surgery after 2 to 4 months. The changes of liposuction start being evident 3 to 4 weeks after the procedure when 60 to 70% of the swelling has gone away.

Read more about : What to expect 3 weeks after liposuction?

How to treat lumps after liposuction?

How to get rid of lumps after liposuction?

With rapid advances in medical technology and the invention of new surgical techniques, body contouring procedures have gained a lot of popularity. Of these cosmetic procedures, liposuction is perhaps the most popular in the world. Modern liposuction techniques now allow for more effective and safer removal of excess fat in different areas of the body to improve a person’s physical appearance.

However, some people who have just had a liposuction surgery say that they don’t see any difference in their body after their procedure, and even see some irregularities or ‘lumps’ in the treated areas. In order to get a true understanding of the results of a liposuction and the causes of dimpling after surgery, it is very important to be informed about what follows a liposuction, how long you should wait to recover from the surgery and see the final results, and what are potential complications and side effects. Although in a liposuction surgery excess fat is removed from your body, you can’t see the final results of your liposuction immediately after the procedure. The swelling that occurs after a liposuction will obscure the outcome of the procedure.

Read more about : Is liposuction painful?

Lumps typically don’t last long. The passage of time is the best treatment for post-liposuction dimpling, but there are some treatments that can help the skin flatten out faster. Some of them are:

Massage can improve the bumpy appearance of the skin. A special form of massage called manual lymphatic drainage therapy is prescribed by some doctors to help the patient recover faster from surgery and get rid of swelling and fibrosis (scar tissue formation) sooner.

Laser skin tightening, as another option for smoothing out skin after liposuction, is a non-invasive treatment that uses infrared light to tighten skin and cause the skin to contract by heating the collagen under the skin’s surface.

If after 3-4 months you still have bumps and lumps on the liposuction areas, they may be because of fat death (necrosis). See a specialist for a diagnosis of the condition. The specialist may ask you to have an x-ray, ultrasound test, or MRI to find out if the lumps are caused by fat necrosis.

Fat necrosis often improves over time, but sometimes you may need treatment. Two effective treatment options for fat necrosis are needle aspiration and surgical removal of the lump.

The needle aspiration involves inserting a thin needle into the body to drain the oily content produced by the fat necrosis. If the lump is too large to be removed using the needle aspiration technique or it is located in a difficult-to-access place, the surgeon may prefer to remove the lump surgically.

10 common questions about Does liposuction make you lumpy

1Do lumps after liposuction go away?
Sometimes it may feel stony hard 2 to 3 weeks after the liposuction but eventually all goes away and the skin returns to what it was before the surgery after 2 to 4 months. The changes of liposuction start being evident 3 to 4 weeks after the procedure when 60 to 70% of the swelling has gone away
2Can lumpy liposuction be fixed?
A successful liposuction surgery with natural-looking results requires these tissues to remain alive and healthy. Damaging them can lead to scarring, dermal adhesion and, ultimately, skin that appears tethered and unnatural, with a wavy, lumpy, uneven surface
3How long will I be lumpy after lipo?
LUMPY AND BUMPY APPEARANCE AFTER LIPOSUCTION Patients may have skin irregularities (similar to extreme cellulite) for two weeks following their liposuction procedure, and this may even last for a few months.
4What are the lumps after lipo?
Some lumps are merely residual edema (swelling) that can take up to several months to resolve. Others can be a localized hematoma (collection of blood from bleeding). These take up to a year to absorb and, occasionally, need to be surgically removed.
5When can I stop wearing compression garment after liposuction?
After liposuction my patients are instructed to wear a compression garment 24/7 for 3 weeks except to shower followed by another 3 weeks wearing it during the day but allowed to take it off at night. I encourage patients to wear it overnight for the second 3 week period as well if they can tolerate it.
6Is it normal to have lumps after liposuction?
After liposuction some people experience subcutaneous lumps, ripples and internal scarring that cause the contour of the body to be uneven. ... They can be uncomfortable, painful, and unsightly and even at times give rise to infection – and this is apart from the normal bruising that occurs post-liposuction
7Does skin tighten after liposuction?
Liposuction does not treat excess skin. Only surgery to remove excess skin (tummy tuck, arm lift, thigh lift, etc.) can do that. ... People with thin, sun-damaged skin or stretch marks may feel like their skin looks deflated after liposuction, as it is unlikely to tighten up completely once the fat is gone
8Does skin get saggy after liposuction?
Liposuction removes fat all at once, so your skin doesn't have a chance to shrink over time. Immediately after your surgery, you may be unhappy with the sagging skin. However, loose skin almost always shrinks up at least a little bit in the months or years following the procedure
9What does liposuction feel like?
Liposuction requires going under anesthesia for the procedure. This means you won't feel any pain during the liposuction surgery. However, you'll feel pain after the procedure. ... It's common to have pain, swelling, bruising, soreness, and numbness after liposuction
10How long does it take to see results after liposuction?
Waiting for Liposuction Results Generally speaking, it can take up to a full year after surgery before you notice the final liposuction results. How long it actually takes before you see results varies from patient to patient. Some people see a dramatic improvement by three or six months after their procedure