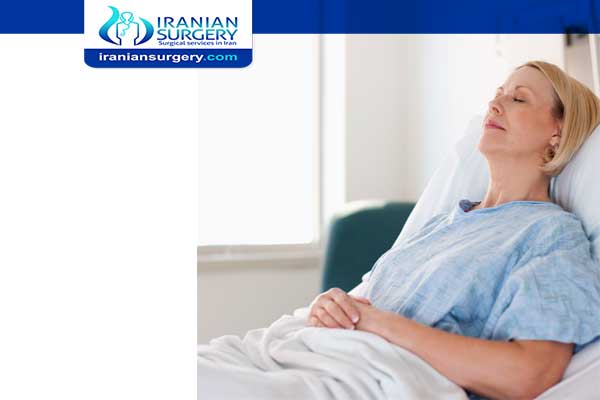 How long after lipo does it stop hurting?

How do you know if you have an infection after liposuction?

If you're going to have liposuction, you probably wonder how much pain you will feel afterward. Learn about what to expect, medications that can be used, and self-care treatments after your procedure.

After liposuction, you will be given a series of post-operative instructions. The type of anesthesia and the amount used determine the level of pain experienced during the first few days after liposuction.

If you experience extreme pain or pain of long duration should contact their physician. You will likely have some pain for weeks after the surgery.

How long does pain last after lipo?

Some general expectations for the management of pain after liposuction are listed below:

. The pain will be the most intense two to four days after the procedure then gradually lessens.

. Tenderness and soreness are typical but will eventually fade.

. Discuss pain medication with your doctor to ensure you will be given appropriate medication.

. Patients should avoid medication such as aspirin, Motrin, ibuprofen, Advil, and Aleve for the first two weeks. They can increase drainage and bruising. Discuss all pain medication with your doctor to ensure it doesn't contain ingredients that will slow blood clotting or increase the chances of bleeding during surgery.

. Over-the-counter supplements should also be avoided as they might slow blood clotting. This is especially a concern with vitamin E, but there are many herbal products that also have this effect. Be sure to discuss all of your supplements with your doctor before the surgery and don't try anything new while you are healing.

. You'll be given a compression garment to reduce swelling and provide support for the areas that have had liposuction. This helps to prevent or relieve pain and discomfort.

. The compression dressings should not be made so tight as to reduce blood flow to the area.

. Due to the loss of sensation in the area, do not use hot or cold compresses or water bottles. It could result in burns or frostbite to the area.

1. How long after liposuction will the soreness or tenderness persist?

During the two days immediately after liposuction, the amount of pain experienced depends on the type of anesthesia used for liposuction. Local anesthesia usually persists for more than 24 hours after surgery. Liposuction under general anesthesia, without using local anesthesia at the same time, is much more painful and typically requires narcotic analgesia.

During the days and weeks following liposuction, the degree of soreness and swelling is a function of the type of aftercare procedures employed. Soreness is usually the most intense 2 to 4 days after liposuction and then decreases steadily. The tenderness and soreness typically is quite bothersome for up to 4 weeks, but gradually subsides over the following next 4 to 8 weeks.

2. What is the quality of the pain after liposuction?

Immediately after tumescent liposuction, the local anesthesia persists for 12 to 24 hours, so that the only discomfort is described as soreness or tenderness. Beginning

the day after tumescent liposuction totally by local anesthesia, the quality of pain is similar to that of a sunburn and to muscle soreness that one might experience after having worked-out too vigorously. This type of pain rarely requires any medication other than acetaminophen (Tylenol).

3. What is the intensity of the pain after liposuction?

In the hands of surgeons who are skilled in liposuction totally by local anesthesia, patients usually have less discomfort after surgery than when liposuction is done by general anesthesia.

Elastic compression garments can decrease post-liposuction pain if employed with the open-drainage technique. "Open-drainage" refers to the technique of not closing the tiny liposuction incisions with stitches in order to maximize the drainage of inflammation-causing blood-tinged anesthetic solution. Immediately after surgery, elastic garments encourage maximum amount of drainage of blood tinged anesthetic solution, which in turn reduces pain. After all the drainage has ceased, some patients continue to wear a compression garment in order to restrict the movement or jiggling of the treated areas. This reduces discomfort and gives a feeling of security.

5. What can be done to minimize the soreness and swelling after liposuction?

Much of the swelling and soreness after liposuction is the result of residual blood tinged anesthetic solution that remains trapped under the skin after liposuction. Red blood cells that have leaked out of blood vessels, and fragments of fatty tissue that escape suction and remain under the skin cause inflammation. Inflammation causes swelling and pain.

By encouraging the complete drainage of this blood tinged solution one can minimize soreness and swelling after liposuction. Complete drainage is encouraged by leaving the incision sites open (not closed with stitches) and by wearing an elastic compression garment.

6. Will I have to stay in bed during the recovery period?

No. Patients are encouraged to walk and to be active after surgery. Most patients who have had tumescent liposuction totally by local anesthesia can expect to drive a car within 24 to 48 hours, and return to a normal work schedule within 24 to 72 hours. Patients who have had liposuction under general anesthesia tend to need more time off from work and over-all have a longer recovery period.

7. Is tumescent liposuction with local anesthesia less painful than under general anesthesia?

Pain associated with liposuction can occur at three different stages: during the infiltration of the tumescent solution, during liposuction, and postoperatively.

If the surgeon or nurse who does the tumescent infiltration has had special training in the techniques, then the patient typically has very little pain during the process of injecting the local anesthetic. The technique for infiltrating the solution of tumescent anesthesia requires special skill and training. Without this special training, surgeons must rely on general anesthesia.

After the tumescent local anesthesia has been thoroughly infiltrated into the fat, the subsequent liposuction should be painless.

Finally, general anesthesia, and the use of intravenous sedatives and narcotics are associated with high incidence of nausea, vomiting and postoperative chills. Such symptoms are quite unusual with local anesthesia.

Read more about : Can i drink alcohol after liposuction?

Read more about : Exercise after fat transfer to breast