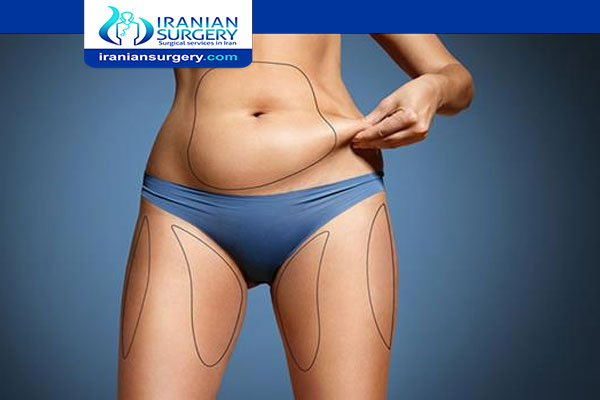 Liquid liposuction is the latest and greatest liposuction technique on the market today that uses a fat dissolving solution to liquefy any unwanted fat. The smooth process of Liquid Lipo provides patients with better results than ever before because now, we are now able to remove greater quantities of fat from the body. With this great new technology, there is less bruising, swelling, and downtime. Liquid liposuction is our most popular procedure that offers the greatest result and patient satisfaction. 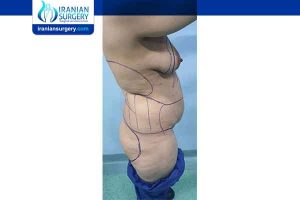 Read more about : Lipomatic side effects

Prior to Liquid Lipo surgery, a complete medical history will be taken in order to evaluate the general health of the patient. A careful examination of the areas wanting to be improved is also conducted. surgeon plastic will discuss with the patient what can realistically be expected. The procedure, type of anesthesia to be used, and possible risks and complications are also discussed. Preoperative instructions will most likely include the elimination of certain drugs containing aspirin for your safety in order to minimize the possibility of excess bleeding during surgery. Antibiotics may be prescribed prior to surgery to prevent infection. The patient may also be advised to bathe with an antiseptic soap for several days prior to surgery. Before and after pictures will be taken to document the amount of improvement.

With Liquid Lipo, we use a highly concentrated, fat dissolving solution to gently liquefy and remove fat cells from the body. The cannula, which is the wand that is used to remove unwanted fat from the body, is about half the size of a #2 pencil. This small device allows us to remove the fat while only leaving a scar about half the size of your pinky nail-almost unnoticeable! With gentle suction of the cannula and fat-dissolving saline solution working together, this allows the cannula to move more freely, and remove greater quantities of fat than SmartLipo. Using this revolutionary technique, fat can be removed from the body with significantly less force than older liposuction techniques so plastic surgeon is able to sculpt and contour the body ideally and beautifully. This significantly lessens the possibility of trauma to surrounding areas.

Because the process is so mild, unlike SmartLipo which can be quite uncomfortable because it is done with local anesthesia. On average, the entire procedure takes between 30 to 45 minutes for each part of the body that is being treated.

Liposuction surgery is the removal of excess body fat by suction using special surgical equipment. A plastic surgeon typically does the surgery.

Liposuction is a type of kn klk. It removes unwanted excess fat to improve body appearance and to smooth irregular body shapes. The procedure is sometimes called body contouring.

Liposuction is a surgical procedure with risks, and it may involve a painful recovery. Liposuction can have serious or rare fatal complications. So, you should carefully think about your decision to have this surgery. 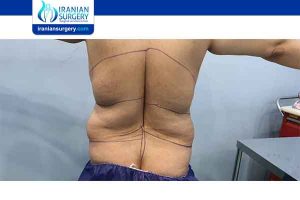 Tumescent liposuction (fluid injection) is the most common type of liposuction. It involves injecting a large amount of medicated solution into the areas before the fat is removed. Sometimes, the solution may be up to three times the amount of fat to be removed). The fluid is a mixture of local anesthetic (lidocaine), a drug that contracts the blood vessels (epinephrine), and an intravenous (IV) salt solution. Lidocaine helps numb the area during and after surgery. It may be the only anesthesia needed for the procedure. Epinephrine in the solution helps reduce loss of blood, bruising, and swelling. The IV solution helps remove the fat more easily. It is suctioned out along with the fat. This type of liposuction generally takes longer than other types.

Super-wet technique is similar to tumescent liposuction. The difference is that not as much fluid is used during the surgery. The amount of fluid injected is equal to the amount of fat to be removed. This technique takes less time. But it often requires sedation (medicine that makes you drowsy) or general anesthesia (medicine that allows you to be asleep and pain-free).

Ultrasound-assisted liposuction (UAL) uses ultrasonic vibrations to turn fat cells into liquid. Afterward, the cells can be vacuumed out. UAL can be done in two ways, external (above the surface of the skin with a special emitter) or internal (below the surface of the skin with a small, heated cannula). This technique may help remove fat from dense, fiber-filled (fibrous) areas of the body such as the upper back or enlarged male breast tissue. UAL is often used together with the tumescent technique, in follow-up (secondary) procedures, or for greater precision. In general, this procedure takes longer than the super-wet technique.

Laser-assisted liposuction (LAL) uses laser energy to liquefy fat cells. After the cells are liquefied, they can be vacuumed out or allowed to drain out through small tubes. Because the tube (cannula) used during LAL is smaller than the ones used in traditional liposuction, surgeons prefer using LAL for confined areas. These areas include the chin, jowls, and face. A possible advantage of LAL over other liposuction methods is that energy from the laser stimulates collagen production. This helps prevent skin sag after liposuction. Collagen is the fiber-like protein that helps maintain skin structure.

HOW THE PROCEDURE IS DONE?

1What types of liposuction are there?
Liposuction Tumescent liposuction (fluid injection) is the most common type of liposuction. ... Super-wet technique is similar to tumescent liposuction. ... Ultrasound-assisted liposuction (UAL) uses ultrasonic vibrations to turn fat cells into liquid. ... Laser-assisted liposuction (LAL) uses laser energy to liquefy fat cells.
2How dangerous is liposuction?
As with any major surgery, liposuction carries risks, such as bleeding and a reaction to anesthesia. Possible complications specific to liposuction include: Contour irregularities. Your skin may appear bumpy, wavy or withered due to uneven fat removal, poor skin elasticity and unusual healing.
3Does liposuction really work?
Liposuction permanently removes fat cells, altering the shape of the body. However, if the patient does not lead a healthy lifestyle after the operation, there is a risk that the remaining fat cells will grow bigger. The amount of fat that can be safely removed is limited.
4How do I get the best results from liposuction?
How To Get The Best Results From Liposuction Wear Your Compression Garment. After liposuction, your body's natural response is to fill the treated area with fluid. ... Maintain a Healthy Diet. Right after the procedure, it is important to drink plenty of liquids to stay well hydrated. ... Exercise. ... Long Term Results.
5How much weight can you lose with liposuction?
Right now, surgeons follow guidelines that set a maximum extraction limit of 5,000 milliliters of fat (11 pounds) for all patients, regardless of variations in weight or body fat status. But the new study suggests surgeons could use a patient's body mass index (BMI) to determine how much fat extraction is safe.
6Which is better liposuction or tummy tuck?
For most patients, a tummy tuck is the surest way to achieve this result. Liposuction is a wonderful tool for removing fat in areas of the body with tight skin, such as the hips, saddleback and flanks. ... In contrast, abdominoplasty removes not just the fat but also the extra skin and tightens up the muscles.
7Will fat come back after liposuction?
Once the fat is removed from an area, it does not grow back. The fat cells that remain can get bigger with weight gain.Because there are fewer fat cells in the treated area (as compared to before the procedure), other areas of your body which were not treated may appear to increase in size.
8Does liposuction remove cellulite?
Bottom line: While liposuction can remove unwanted fat very effectively, it's not recommended for getting rid of cellulite. It can make the dimpling more obvious. Adding a laser treatment to liposuction, however, may help get rid of cellulite.
9How long will my stomach be swollen after liposuction?
The area will probably be bruised and swollen for at least 10 to 14 days. You will be able to return to your normal activities as soon as you feel comfortable. This may take several days to a few weeks. Most people can return to light work within a few days.
10How can I speed up my recovery from liposuction?
Ten Tips to Speed up Post-Op Recovery Reduce salt. ... No Gatorade. ... Increase protein. ... Decrease Sugar. ... Eat small amounts many times throughout the day. ... Wine works as a diuretic, so consuming a glass of wine 2-3 weeks post-operatively may be helpful for post-surgical swelling. ... Consume a quality probiotic. ... Walk.