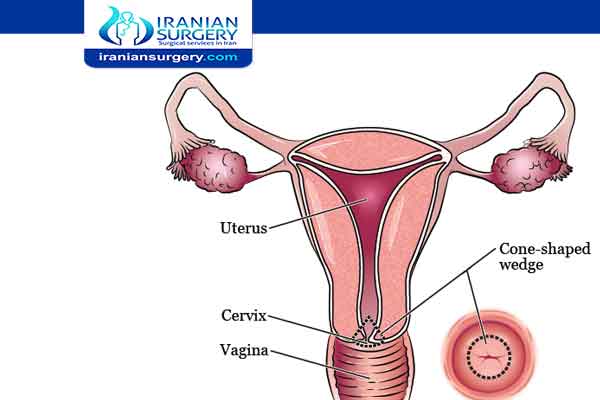 What is a Hysterectomy?

Hysterectomy is a surgical procedure in which the uterus is removed. There are several types of hysterectomy.

. A partial hysterectomy is when only the upper part of the uterus is removed and your cervix is left in place. This is also known as a supracervical hysterectomy.

. A total hysterectomy is when both the uterus and cervix are removed.

. A radical hysterectomy, or a total hysterectomy with bilateral salpingo-oophorectomy, is when the uterus and cervix are removed along with surrounding structures, such as the ovaries and fallopian tubes.

Read more about : What is C-Section (Cesarean Section)?

There are three ways to perform a hysterectomy:

. Abdominally, through a surgical incision

The method will be based on the reason for the surgery, plus other health considerations.

What is Vaginal Hysterectomy?

Vaginal hysterectomy is a surgical procedure to remove the uterus through the vagina.

During a vaginal hysterectomy, the surgeon detaches the uterus from the ovaries, fallopian tubes and upper vagina, as well as from the blood vessels and connective tissue that support it, before removing the uterus.

Iranian surgery is an online medical tourism platform where you can find the best surgeons in Iran. The price of a Vaginal Hysterectomy in Iran can vary according to each individual’s case and will be determined based on photos and an in-person assessment with the doctor. So if you are looking for the cost of Vaginal Hysterectomy in Iran, you can contact us and get free consultation from Iranian surgery.

Read more about: how to pop a Bartholin cyst yourself?

. Fibroids. Many hysterectomies are done to permanently treat these benign tumors in your uterus that can cause persistent bleeding, anemia, pelvic pain, pain during intercourse and bladder pressure. For large fibroids, you might need surgery that removes your uterus through an incision in your lower abdomen (abdominal hysterectomy).

. Endometriosis. This occurs when the tissue lining your uterus (endometrium) grows outside the uterus, involving the ovaries, fallopian tubes or other organs. Most women with endometriosis have a laparoscopic or robotic hysterectomy or abdominal hysterectomy, but sometimes a vaginal hysterectomy is possible.

. Adenomyosis. This occurs when the tissue that normally lines the uterus grows into the uterine wall. An enlarged uterus and painful, heavy periods result.

. Gynecological cancer. If you have cancer of the uterus, cervix, endometrium or ovaries, or precancerous changes, your doctor might recommend a hysterectomy. Most often, treatment for ovarian cancer involves an abdominal hysterectomy, but sometimes vaginal hysterectomy is appropriate for women with cervical or endometrial cancer.

. Uterine prolapse. When pelvic supporting tissues and ligaments weaken or stretch out, the uterus can sag into the vagina, causing urine leakage, pelvic pressure or difficulty with bowel movements. Removing the uterus and repairing supportive tissues might relieve those symptoms.

For most of these conditions — with the possible exception of cancer — hysterectomy is just one of several treatment options. You might not need to consider hysterectomy if medications or less invasive gynecological procedures manage your symptoms.

You cannot become pregnant after a hysterectomy. If you're not sure that you're ready to give up your fertility, explore other treatments.

. Damage to the bladder or urinary tract

Let your doctor know if you experience any of the following symptoms:

As with any surgery, it's normal to feel nervous about having a hysterectomy. Here's what you can do to prepare:

. Gather information. Before the surgery, get all the information you need to feel confident about it. Ask your doctor and surgeon questions.

. Follow your doctor's instructions about medication. Find out whether you should take your usual medications in the days before your hysterectomy. Be sure to tell your doctor about over-the-counter medications, dietary supplements or herbal preparations that you take.

. Arrange for help. Although you're likely to recover sooner after a vaginal hysterectomy than after an abdominal one, it still takes time. Ask someone to help you out at home for the first week or so.

You'll lie on your back, in a position similar to the one you're in for a Pap test. You might have a urinary catheter inserted to empty your bladder. A member of your surgical team will clean the surgical area with a sterile solution before surgery.

To perform the hysterectomy:

. Your surgeon makes an incision inside your vagina to get to the uterus

. Using long instruments, your surgeon clamps the uterine blood vessels and separates your uterus from the connective tissue, ovaries and fallopian tubes

. Your uterus is removed through the vaginal opening, and absorbable stitches are used to control any bleeding inside the pelvis

Except in cases of suspected uterine cancer, the surgeon might cut an enlarged uterus into smaller pieces and remove it in sections (morcellation).

You might be a candidate for a laparoscopically assisted vaginal hysterectomy (LAVH) or robotic hysterectomy. Both procedures allow your surgeon to remove the uterus vaginally while being able to see your pelvic organs through a slender viewing instrument called a laparoscope.

Your surgeon performs most of the procedure through small abdominal incisions aided by long, thin surgical instruments inserted through the incisions. Your surgeon then removes the uterus through an incision made in your vagina.

Your surgeon might recommend LAVH or robotic hysterectomy if you have scar tissue on your pelvic organs from prior surgeries or from endometriosis.

After surgery, you'll be in a recovery room for one to two hours and in the hospital overnight. Some women are able to go home the day of the surgery.

You'll take medication for pain. Your health care team will encourage you to get up and move as soon as you're able.

It's normal to have bloody vaginal discharge for several days to weeks after a hysterectomy, so you'll need to wear sanitary pads.

Even if you feel recovered, don't lift anything heavy — more than 20 pounds (9.1 kilograms) — or have vaginal intercourse until six weeks after surgery.

Contact your doctor if pain worsens or if you develop nausea, vomiting or bleeding that's heavier than a menstrual period.

After a hysterectomy, you might feel relief because you no longer have heavy bleeding or pelvic pain.

For most women, there's no change in sexual function after hysterectomy. But for some women, heightened sexual satisfaction occurs after hysterectomy — perhaps because they no longer have pain during intercourse.

You might feel a sense of loss and grief after hysterectomy, which is normal. Or you might have depression related to the loss of your fertility, especially if you're young and hoped for a future pregnancy. If sadness or negative feelings interfere with your enjoyment of everyday life, talk to your doctor.

After a hysterectomy, you'll no longer have periods or be able to get pregnant.

If you had your ovaries removed but hadn't reached menopause, you'll begin menopause immediately after surgery. You might have symptoms such as vaginal dryness, hot flashes and night sweats. Your doctor can recommend medications for these symptoms. He or she might recommend hormone replacement even if you don't have symptoms.

If your ovaries weren't removed during surgery — and you still had periods before your surgery — your ovaries continue producing hormones and eggs until you reach natural menopause.

The cost of vaginal hysterectomy in Iran is about $1300.

1How long do you have to be on bed rest after a hysterectomy?
Most women go home 2-3 days after this surgery, but complete recovery takes from six to eight weeks. During this time, you need to rest at home. You should not be doing housework until you talk with your doctor about restrictions. There should be no lifting for the first two weeks.
2Do hysterectomies cause weight gain?
While a hysterectomy isn't directly linked to weight loss, it may be related to weight gain in some people. ... More research is needed to fully understand the potential link between hysterectomies and weight gain. If you do have your ovaries removed during the procedure, you'll immediately enter menopause.
3How long do you have to stay in the hospital for a hysterectomy?
one to two days An abdominal hysterectomy usually requires a hospital stay of one to two days, but it could be longer. You'll need to use sanitary pads for vaginal bleeding and discharge. It's normal to have bloody vaginal drainage for several days to weeks after a hysterectomy.
4How long does a vaginal hysterectomy take?
How long does the procedure last? The procedure lasts one to three hours. The amount of time you spend in the hospital for recovery varies, depending on the type of surgery performed.
5Can you still Orgasim after hysterectomy?
In most cases, a woman can resume a healthy, fulfilling sex life after she heals. Typically, removing the uterus and cervix does not affect the sensation in the vagina or a woman's ability to have an orgasm. ... Relief from these symptoms may make sex after a hysterectomy more enjoyable than before surgery.
6Is the G spot removed in a hysterectomy?
Clitoral sensation shouldn't be affected because of the surgery. This includes G-spot stimulation. These nerves aren't typically removed and not severed. If you enjoyed cervical penetration but your cervix is removed, you may find pleasure in clitoral stimulation.
7What happens to a woman's body after a hysterectomy?
If the surgeon removes your ovaries along with your uterus it's called a hysterectomy with bilateral oophorectomy. After the procedure, your body goes through what is known as surgical menopause and you may experience hot flashes or other menopause symptoms as if you were going through "the change."
8Is a hysterectomy a major surgery?
Laparoscopic Hysterectomy. A hysterectomy is the surgical removal of the uterus. ... A hysterectomy is major surgery, but with new technological advances, the discomfort, risk of infection and recovery time has all been decreased. There are currently three surgical approaches to hysterectomies.
9What does it feel like after a hysterectomy?
After hysterectomy, your periods will stop. Occasionally, you may feel bloated and have symptoms similar to when you were menstruating. It is normal to have light vaginal bleeding or a dark brown discharge for about four to six weeks after surgery. ... Feeling burning or itching around the incision is normal.
10How painful is a hysterectomy?
After a hysterectomy, you might feel relief because you no longer have heavy bleeding or pelvic pain. ... But for some women, heightened sexual satisfaction occurs after hysterectomy — perhaps because they no longer have pain during intercourse. You might feel a sense of loss and grief after hysterectomy, which is normal