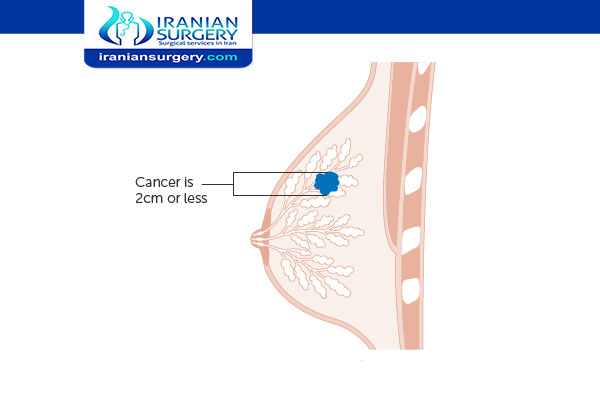 Radiation therapy is often recommended after surgery for stage 1 breast cancer. It may not be necessary for women older than 70 years, especially if hormone therapy is possible.

Breast cancer that’s negative for estrogen, progesterone, and HER2 is called triple negative breast cancer (TNBC). Chemotherapy is almost always needed for these cases because there’s no targeted treatment for TNBC.

However, chemotherapy isn’t always needed for early stage breast cancer, especially if it can be treated with hormone therapy.

1What is the survival rate for Stage 1 breast cancer?
Survival Rates For those who receive treatment with surgery and chemotherapy or radiation therapy, if recommended, the five-year survival rate is close to 100%. Even so, going through treatment for stage 1 breast cancer is not easy.
2Do you need radiation for Stage 1 breast cancer?
Some people with Stage 0 (DCIS) and most people with Stage 1 invasive cancer and higher, who have had a lumpectomy, can expect radiation therapy to be a part of their treatment regimen. ... The radiation is used to destroy undetectable cancer cells and reduce the risk of cancer recurring in the affected breast.
3What does it mean to have stage 1 breast cancer?
Stage 1 breast cancer means that the cancer is small and only in the breast tissue or it might be found in lymph nodes close to the breast
4Can breast cancer be cured?
Early stage breast cancer can be cured in most women. ... However, it sounds like you are in a very early stage of the disease and you should have an extremely good chance of being cured. DCIS stands for ductal carcinoma in-situ, which means cancerous cells have started to grow within one of the milk-ducts of your breast
5Can you die from Stage 1 breast cancer?
Stage 1 is highly treatable, however, it does require immediate treatment, typically surgery and often radiation, or a combination of the two. Additionally, you may consider hormone therapy, depending on the type of cancer cells found and your additional risk factors.
6Can you live 20 years with breast cancer?
It is often repeated that 98% of women with early stage breast cancer are alive at five years after diagnosis. However, an estimated 20% to 30% of women will have a recurrence of their disease, and may go on to die of the disease, but are included as survivors in these five-year survival statistics.
7Does breast cancer spread quickly?
Breast cancer usually spreads first to lymph nodes under the arm (lymph node-positive breast cancer). ... When a cancer spreads to regions such as the bones, brain, lungs, or liver, however, it is considered stage 4 or metastatic breast cancer and is no longer curable. Most breast cancers have the potential to spread.
8How often does breast cancer come back?
The researchers looked at the health histories of almost 3,000 women who didn't have early-stage breast cancer come back during the 5 years after diagnosis and initial treatment. Breast cancer that comes back within 5 years of diagnosis and initial treatment is called "early recurrence."
9Which breast cancer is the most aggressive?
Cancers spreading from the breast's milk ducts into adjacent spaces are termed infiltrating ductal carcinomas. Cancers spreading from the breast's lobules are infiltrating lobular carcinomas. The most serious and dangerous breast cancers – wherever they arise or whatever their type – are metastatic cancers
10Do you always need radiation after lumpectomy?
Because having breast cancer reappear in this way is a very traumatic psychological event, and because not everyone who has a recurrence in the breast can be cured, radiation therapy after lumpectomy has become a standard part of breast-conserving therapy. ... Lumpectomy without radiation works well for many patients.