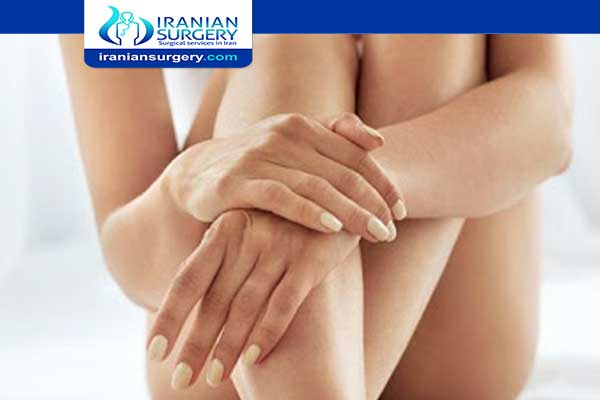 What is Clitoral Hood Reduction Surgery?

Enlarged clitorious condition before and after

A clitoral hood reduction also known as a hoodectomy, clitoral hoodoplasty, or clitoropexy, is a surgical procedure to reduce the overall size and length of the skin that forms your clitoral hood. This procedure decreases the protrusion of the clitoral hood, improving the appearance and making it more proportional to the rest of your outer genitalia. It can be performed alone or in combination with a labiaplasty.

The goal of clitoral hood reduction surgery is to improve the appearance of the clitoral hood without affecting its function. The excess folds or length of the tissue is trimmed, making it appear less prominent, while also leaving enough skin to properly protect the clitoris. This is not only enhances the visual appearance of a woman’s pubic area, but it also serves to improve s-e-x-u-a-l pleasure by making the clitoris more accessible.

Read more about : brazilian butt lift with abdominoplasty and breast lift , before and after surgery videos

Read more about : Virgin tightening surgery before and after pictures

Read more about : How many cup sizes can you go down with breast reduction?

What is a Clitoris?

The clitoris is a woman’s primary and most complex erogenous zone. The head (glans) of this tiny body part is estimated to have more than eight thousand sensory nerve endings – twice as many as the glans of a penis. Though its sensitivity and size can differ from female to female, it normally resembles a pea or small pearl. When aroused by oral or manual stimulation, the clitoris becomes engorged much the same way the male penis does, thus enabling a woman to achieve orgasm. 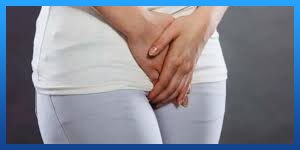 In order to more easily picture the location of the clitoris, simply imagine the nude frontal view of your pubic area. What you are looking at in your lower region is called the vulva. The cushioned ridge you feel beginning halfway down from your navel is the mons veneris. As you continue to move downwards, it separates into two cheek-like mounds that are separated by a vertical opening with lip-like tissue. Those lips are called the labia majora.

The entire clitoris itself is about 4 inches long, but, as explained earlier, the head – or glans, is small, roughly the size of an eraser on the end of a pencil, and it is extremely sensitive to touch.

Read more about : Breast reduction and breast lift surgery, before and after surgery videos

Why would a woman need a Clitoral Hood Reduction?

Because the size, shape and thickness of the clitoral hood differs from woman to woman, this procedure is not always done for medical reasons alone. It can also be done for aesthetic purposes to give the vulva a neater, trimmer look.

In some cases, the clitoral hood may be extremely large, inhibiting access to the clitoris, thereby preventing the achievement of s-e-x-u-a-l gratification. A thick or large hood may also cause friction against clothing which can lead to soreness, redness or inflammation.

Often, a woman with an enlarged hood may also have large labial lips that protrude in a manner she may find unsightly. Both the clitoral hood and the labia, if quite prominent, can sometimes create obvious bulges that can be seen outlined against close-fitting outerwear. Women may opt to cosmetically correct prominent labia through a procedure called labiaplasty at the same time as they undergo a clitoral hood reduction.

Who should undergo Clitoral Hood Reduction?

A Clitoral Hood Reduction is beneficial for women who have:

. Clitoris with an abnormal projection, such as when the clitoris is rotated in an awkward position.

A clitoropexy aims to adjust the appearance of the clitoris to make it look as normal as possible, regardless of the cause of the enlargement. It has a high success rating and is considered as one of the least invasive types of genital modification procedures for women.

As with any type of medical procedure, clitoral hood reduction surgery has risks, though they are rare. Choosing an experienced surgeon and following the post-surgical instructions closely can help to reduce these risks, including:

. Under or over resection of the clitoral hood

. Inflammation or numbness after several days

. Any foul odor or unusual discharge

If you experience any of the above issues, be sure to talk to your surgeon to ensure that you have a safe, healthy recovery and are left with the results you desire.

Read more about : What size of ovarian cyst is dangerous?

If performed alone, clitoral hood reduction surgery takes about an hour, and is an outpatient procedure typically performed using local anesthesia. Your surgeon will begin by making an incision in the clitoral hood, where they will be able to access the excess tissue, removing it and reducing the protrusion of the skin above the clitoris. The incision is then closed using dissolvable sutures.

After your procedure, you may experience mild swelling and bruising in the area, as well as some temporary discomfort. This can be alleviated by (following our simple post op instructions including topical and over the counter medications). It is recommended that you rest for at least three days before returning to work and other daily activities, and avoid strenuous exercise or intercourse for at least a month following the surgery. Initially, there may be some numbness or loss of sensation, but this is also temporary and will resolve once the swelling subsides.

Within the first 1-2 days after the surgery, applying a cold pack (s) to the general surgical site to decrease swelling is possible. A cold pack with ice in a plastic bag is not recommended, because the moisture and steam from the plastic bag may potentially cause inflammation and infection.

The material (s) used is the suture which dissolves slowly (within 4-6 weeks). However, for some women, the suture takes longer than 6 weeks to completely dissolve, consequently causing irritation. For women who experience itching caused by the dissolving sutures and the process of healing, they will be prescribed antihistamine to control the itching.

After 1-2 days of the surgery, you are allowed to take a shower, you should clean the surgical wound and the perineum area with soap daily, when you are taking a shower in the morning and before bedtime. After you took a shower, you should use a warm dryer for 10-15 minutes around the surgical wound to keep the area dry for at least one more week.

After the surgery, you may have all kinds of food, but should refrain from alcoholic drinks, pickled food, and smoking for about 2 weeks.

You may see some results immediately after your surgery, but the full extent won’t be completely visible until the swelling has diminished. Once you’ve healed completely, you’ll be able to be intimate with your partner without feeling self-conscious about the appearance of your genitals. You’ll experience less irritation when you wear certain types of clothing, and maybe even increased sensation during s-e-x. Results are considered permanent, but may be affected by pregnancy and childbirth.

1Does labiaplasty affect sensitivity?
But a labiaplasty procedure may precede more then just regret. Women can experience complications such as bleeding, infection and scarring. ... In fact, after the clitoris, the labia minora are regarded the most sensitive part of the female genitalia, helping stimulation and lubrication during sex.
2How do you remove a clitoral hood?
Cosmetic surgeons often perform a clitoral hood reduction along with a labiaplasty, where they reduce the size of the outer lips. During the procedure, the surgeon removes any excess folds in the clitoral hood. They will then close the wound, usually with dissolvable stitches
3How many inches can a woman feel?
Usually, the depth of the vagina is between 3 and 7 inches. The vagina is an organ that is designed to accommodate both childbirth and sexual activity. However, if a woman is experiencing pain during sex due to what she perceives as a shallow vagina, she should talk to her doctor
4Is it normal to have extra skin down there?
The skin on either side of your vagina is called your labia. ... Depending upon the size of the labia, this is sometimes referred to as “labial hypertrophy” which means, enlarged labia. This is a normal variation and usually doesn't cause any problems
5Does labiaplasty reduce sensation?
Labiaplasty is the most common form of female genital cosmetic surgery and involves surgical reduction of the labia minora or the inner lips of the vulva. ... Our latest study shows although women are pleased with how their genitals look after labiaplasty, their self-esteem and general sexual confidence do not improve.
6How many rounds can satisfy a woman?
Most men have sex for 15-30 minutes, 2-3 rounds a day. Five to six times is enough for most men. Women can be fine with a single or two rounds depending on their needs. In summary, there is no standard number of rounds a woman wants his man to go before she is satisfied.
7How many times can a woman come in a row?
Women can orgasm over 20 times in a row. Ladies, if you stop at two, three or even four orgasms while having sex, then it's the time to realise your real potential. Puzzled? Well, according to a study, seven out of ten women can climax as many as 20 times in a single session.
8Can a girl feel a 4 inch?
Rest of the vagina is expandable and is not sensitive and even if the penis is anywhere bigger than 4 inch, it wont matter. Your size of 4 inch is perfectly normal and you need not worry. You can leave this embarssment and enjoy the sexual act.
9Why is my private area dark?
Age – As you age, your private areas naturally turn dark. This is attributed to hormonal changes. Genetics – You may inherit genes that cause dark skin in your private areas. Pregnancy – While you may not have dark skin in your private areas, you may develop the same during pregnancy.
10Is it normal to have hair on your vag lips?
Yes, having hair on your vulva is completely healthy and normal. Both guys and girls grow hair — pubic hair — around their genitals during puberty. Some people have a lot of pubic hair, and some have less. ... Shaving around your genitals can cause razor burn and ingrown hairs that can be very uncomfortable