Will The Tip of My Nose Get Smaller After Rhinoplasty? 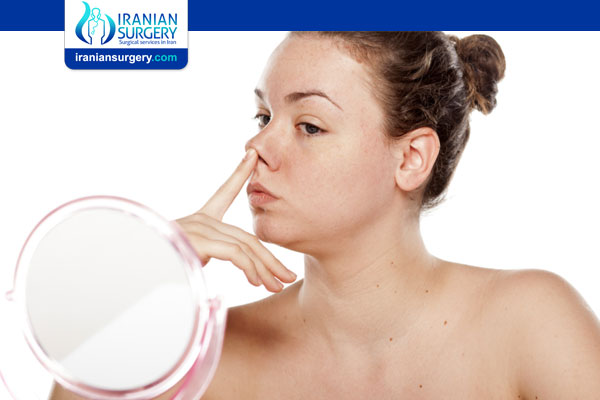 Will The Tip of My Nose Get Smaller After Rhinoplasty?

Most people get nose jobs to make their noses smaller. However, many people worry that the tips of their noses seem larger after rhinoplasty. The tip of most people’s noses should become smaller after rhinoplasty. The skin and/or added cartilage in the nose, particularly on the nasal tip, tends to swell for a while until the healing process is complete.

Does The Nose Tip Shrink After Rhinoplasty?

The tip of your nose usually shrinks after you heal from rhinoplasty. Most noses will look far from final after surgery, but that is normal. The nasal tip and bridge (depending on the surgery) often look larger right after surgery. Some people may even notice asymmetry in their noses.  It would be best if you waited for the healing process to finish before seeing the real size and shape of the tip of your nose. But apart from that, obviously, the tip is not going to get smaller than when you started unless your surgeon actually wanted it that way.

Why Do People Alter the Nasal Tip?

There are a few reasons someone may want to alter the nasal tip. For example, some people don’t like the general shape of the nasal tip, so a rhinoplasty can quite easily make a round tip more angular or soften a triangular tip. For other people, the size of the nasal tip is simply too large or overly prominent, which is why this type is sometimes called a bulbous tip.

For other people, the size and shape of their nasal tip was fine when they are younger, but they find that a natural byproduct of the aging process is a thickening of the nasal tip skin that causes the nose to “droop”. Larger nasal tips naturally place more pressure on the cartilage in the nose, which is what causes the drooping, and that can eventually cause an illusion of premature aging.

Iranian surgery is an online medical tourism platform where you can find the best plastic surgeons in Iran. The price of Rhinoplasty in Iran can vary according to each individual’s case and will be determined by an in-person assessment with the doctor.

For more information about the cost of Rhinoplasty in Iran and to schedule an appointment in advance, you can contact Iranian Surgery consultants via WhatsApp number 0098 901 929 0946. This service is completely free.