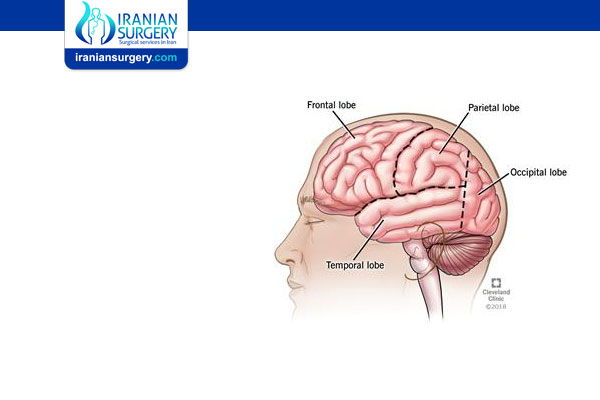 What are Frontal Lobe Seizures?

Frontal lobe seizures are a common form of epilepsy, a neurological disorder in which clusters of brain cells send abnormal signals and cause seizures. These types of seizures stem from the front of the brain.

Because the frontal lobe is large and has important functions, frontal lobe seizures can produce unusual symptoms that can appear to be related to psychiatric problems or a sleep disorder. They often occur during sleep.

Medications usually can control frontal lobe seizures, but surgery or an electrical stimulation device might be options if anti-epileptic drugs aren't effective.

Iranian surgery is an online medical tourism platform where you can find the best neurologists in Iran. The price of Frontal Lobe Seizures Treatment in Iran can vary according to each individual’s case and will be determined by the type of treatment you have and an in-person assessment with the doctor.

For more information about the cost of Frontal Lobe Seizures Treatment in Iran and to schedule an appointment in advance, you can contact Iranian Surgery consultants via WhatsApp number 0098 901 929 0946. This service is completely free.

About half of frontal lobe seizures are the result of brain development problems. Sometimes the cortex, or outermost layer of the brain, doesn’t form properly in the womb.

. Brain injuries or trauma, such as a stroke.

What are the symptoms of a frontal lobe seizures?

Frontal lobe seizures usually last a short time (less than 20 seconds), but they can happen in clusters. You may or may not lose consciousness or have problems with awareness.

Some people have an “aura”, or warning feelings, at the start of a frontal lobe seizure. An aura might make you feel dizzy or unbalanced, as if you’re falling. It can also cause tingling, numbness, hallucinations or a sense of fear or panic.

Frontal lobe seizures usually happen during sleep and can lead to:

. Abnormal behavior such as screaming, swearing or laughing.

. Head or eyes turning to one side.

. Leg movements such as kicking or pedaling.

After a frontal lobe seizure, you have memory loss or feel confused and groggy.

Who gets frontal lobe seizures?

Frontal lobe seizures can occur in people of any age or gender. The risk factors are similar to those of epilepsy and include:

. Being born with brain abnormalities.

. Having a developmental disability.

. Having a family history of seizures or epilepsy.

. Having brain injuries or infections.

. Having seizures in infancy or early childhood.

. Status epilepticus. Frontal lobe seizures, which tend to occur in clusters, might provoke this dangerous condition in which seizure activity lasts much longer than usual. Consider seizures that last longer than five minutes a medical emergency, and seek immediate help.

. Injury. The motions that occur during frontal lobe seizures sometimes result in injury to the person having the seizure. Seizures can also result in accidents and drowning.

. Sudden unexplained death in epilepsy (SUDEP). For unknown reasons, people who have seizures have a greater than average risk of dying unexpectedly. Possible factors include heart or breathing problems, perhaps related to genetic abnormalities. Controlling seizures as well as possible with medication appears to be the best prevention for SUDEP.

. Depression and anxiety. Both are common in people with epilepsy. Children also have a higher risk of developing attention-deficit/hyperactivity disorder.

Frontal lobe epilepsy can be difficult to diagnose because its symptoms can be mistaken for psychiatric problems or sleep disorders, such as night terrors. It's also possible that some seizure effects found in the frontal lobe might be the result of seizures that begin in other parts of the brain.

Your doctor will review your symptoms and medical history and give you a physical exam. You might also have a neurological exam, which will assess:

An MRI scan involves lying on a narrow pallet that slides into a long tube. The test often takes about an hour. Some people feel claustrophobic inside MRI machines, although the test itself is painless.

. Electroencephalogram (EEG). An EEG monitors the electrical activity in your brain via a series of electrodes attached to your scalp. EEGs are often helpful in diagnosing some types of epilepsy, but results can be normal in frontal lobe epilepsy.

. Video EEG. Video EEG is usually performed during an overnight stay at a sleep clinic. Both a video camera and an EEG monitor run all night. Doctors can then match what physically occurs when you have a seizure with what appears on the EEG during the seizure.

How can I prevent frontal lobe seizures?

There’s no way to prevent frontal lobe epilepsy, but you may be able to prevent or limit the number of seizures you have by:

. Avoiding seizure triggers, such as stress, alcohol, drugs, flashing lights or not getting enough sleep.

. Eating a healthy diet, or maintaining a specialized ketogenic diet.

. Taking your anti-seizure medicine as prescribed.

How common is frontal lobe epilepsy?

Frontal lobe epilepsy makes up approximately 20 to 30% of all focal epilepsies.

Over the past decade, treatment options have increased for frontal lobe seizures. There are newer types of anti-seizure medications as well as a variety of surgical procedures that might help if medications don't work.

All anti-seizure drugs seem to work equally well at controlling frontal lobe seizures, but not everyone becomes seizure-free on medication. Your doctor might try different types of anti-seizure drugs or have you take a combination of drugs to control your seizures. Researchers are continuing to look for new and more-effective medications.

If your seizures can't be controlled with medications, surgery might be an option. Surgery involves pinpointing the areas of the brain where seizures occur.

Another imaging technique, known as brain mapping, is commonly used before epilepsy surgery. Brain mapping involves implanting electrodes into an area of the brain and using electrical stimulation to determine whether that area has an important function, which would rule out surgery on that area. In addition, functional MRI (fMRI) is used to map the language area of the brain.

If you have surgery for your frontal lobe seizures, you're likely to continue to need anti-seizure medication after the surgery, although possibly at a lower dose.

. Removing the focal point. If your seizures always begin in one spot in your brain, removing that small portion of brain tissue might reduce or eliminate your seizures.

. Isolating the focal point. If the portion of the brain that's causing seizures is too vital to remove, surgeons might make a series of cuts to help isolate that section of the brain. This prevents seizures from moving into other parts of the brain.

. Responding to a seizure. A responsive neurostimulator is a newer type of implanted device. It is activated only when you begin to have a seizure, and it stops the seizure from occurring.

. Deep brain stimulation (DBS). This newer procedure involves implanting an electrode into your brain that's connected to a stimulating device, similar to a cardiac pacemaker, which is placed under the skin of your chest. The device sends signals to the electrode to stop signals that trigger a seizure.

Some people with common neurological conditions, including seizures, turn to complementary and alternative medicine, such as:

Researchers are looking into these therapies, hoping to determine their safety and effectiveness, but good evidence is mostly still lacking. There is some evidence that a strict high-fat, low-carbohydrate (ketogenic) diet might be effective, particularly for children.

Many people with epilepsy use herbal remedies. However, there's little evidence for their effectiveness, and some can cause an increased risk of seizures.

Marijuana (cannabis) is one of the most commonly used herbal remedies for treating epilepsy, but most evidence doesn't show that it helps. However, little data are available and research into its usefulness is ongoing. Let your doctor know if you use cannabis.

The Food and Drug Administration does not regulate herbal products, and they can interact with other anti-epileptic drugs you take, putting your health at risk. Talk to your doctor before taking herbal or dietary supplements for your seizures.

Some seizures might be triggered by alcohol intake, smoking and, especially, lack of sleep. There is also evidence that severe stress can provoke seizures, and that seizures themselves can cause stress. Avoiding these triggers where possible might help improve seizure control.

What is the outlook for people with frontal lobe seizures?

Some people need medication to manage seizures for the rest of their lives. For others, seizures may stop over time and medication isn’t needed anymore. Never stop your medication or change the amount you take without talking to your healthcare provider.