Trigger Shot During IUI or IVF 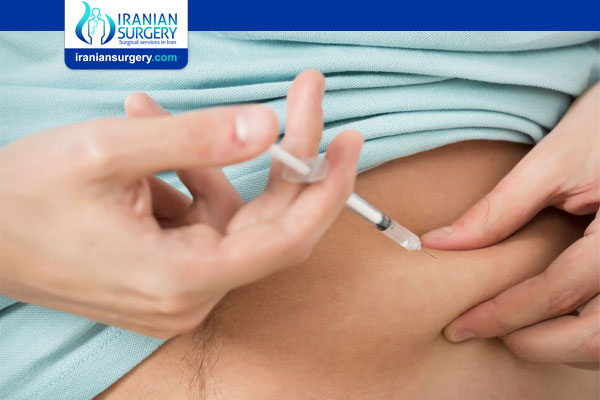 Trigger Shot During IUI or IVF

There’s quite a learning curve when it comes to all things assisted reproductive technology (ART). If you’re just starting this journey, your head is probably swimming with all sorts of new terms.

A “trigger shot” is often used with timed intercourse, intrauterine insemination (IUI), or in vitro fertilization (IVF) procedures. If the shot is part of your protocol, your doctor will tell you when and how to do it in relation to other medications and procedures.

Here’s a bit more about what exactly the trigger shot is, what you might experience when using one, and what the success rate is with this type of treatment.

What is a Trigger Shot?

No matter what you call it — Ovidrel, Novarel, or Pregnyl — the standard trigger shot contains the same thing: human chorionic gonadotropin (hCG).

You might better know hCG as the “pregnancy hormone.” When used as a trigger shot, however, hCG works more like the luteinizing hormone (LH) that is produced in your pituitary gland.

LH is secreted right before ovulation and is responsible for preparing the eggs to mature and then burst out from the ovary.

Trigger shots are part of what’s called gonadotropin therapy. This type of fertility treatment has been around in different ways for the last century and has become more refined in the last 30 years.

Gonadotropins stimulate the ovaries, so they’re useful if:

. you don’t ovulate at all

. your ovulation is considered “weak”

. you’re looking to control ovulation as part of other procedures

There’s also a newer trigger shot option called Lupron. It uses an agonist (drug) instead of hCG (hormone) to stimulate a surge of LH.

Your doctor may suggest using Lupron if you’re at a higher risk of developing a complication called ovarian hyperstimulation syndrome (OHSS) or if there’s some other reason that a traditional trigger shot isn’t ideal in your case.

Trigger shots are given once per cycle before ovulation. They can be injected either into the muscle (intramuscularly) or under the skin (subcutaneously). They’re most typically self-administered, and many women choose to do the shot under the skin on the abdomen.

What does the trigger shot do?

Whereas other gonadotropins — like follicle-stimulating hormone (FSH) and LH — work on both growing and maturing the eggs, a trigger shot of hCG helps the ovaries release those mature eggs as part of ovulation.

With timed intercourse or IUI, this means that your doctor can pinpoint when ovulation is likely to occur and then time sex or your IUI for the best results. Here are the steps:

With IVF, the trigger shot is used before egg retrieval to help facilitate a process called meiosis. In meiosis, eggs go through an important division where its chromosomes go from 46 to 23, priming them for fertilization.

Before the eggs release naturally, your doctor will schedule your egg retrieval procedure to collect them for fertilization in a lab. Once fertilized, the embryos will then be transferred back into the uterus for implantation.

Who gets the trigger shot?

Again, the trigger shot is given as part of fertility treatments. It’s usually used with other medications and must be carefully timed and monitored. ART procedures are very nuanced, individual processes. Your doctor will tweak your specific protocol depending on what has worked or not worked in the past.

In general, the trigger shot is used in conjunction with other drugs to help with:

. anovulation (when your body doesn’t release eggs on its own)

. in vitro fertilization (for a variety of infertility causes)

There is a range of uses and dosages. If this is your first IUI cycle, for example, your doctor may wait to see if you ovulate on your own before adding a trigger shot to your protocol.

Or if you have had a trigger shot in the past, your doctor may tweak the dosage for optimal effectiveness or in response to any adverse effects.

How is the trigger shot timed?

Ovulation generally happens about 36 to 40 hours after administering a trigger shot. Since the shot is used differently in IUI and IVF, this means that the timing of the shot is important in relation to the other procedures you’re having.

Your doctor may have very specific instructions you should follow — so, if you have questions about your protocol, it’s a good idea to give your office a quick call.

With IUI, your doctor will monitor your follicles via ultrasound as you approach ovulation or the middle of your menstrual cycle.

Your doctor will likely give you the go-ahead to do the shot when your follicles reach between 15 and 20 millimeters in size and when your endometrium (uterine lining) is at least 7 to 8 millimeters thick. But individual specifications vary among physicians.

Your IUI is usually performed to coincide with ovulation — 24 to 36 hours after you take the shot. From there, your doctor may also suggest taking progesterone supplements (either orally or vaginally) to help with implantation.

The timing is similar with IVF. Your doctor will monitor your ovaries via ultrasound and give you the green light to do the trigger shot when your follicles are of a size that your clinic specifies. This might be anywhere between 15 and 22 millimeters. This is usually between day 8 to 12 of your cycle.

After you do the shot, you’ll schedule your egg retrieval for within 36 hours. Then the eggs are fertilized using your partner’s or a donor’s sperm. The fertilized eggs are then either transferred (when doing a fresh transfer) between 3 and 5 days after your retrieval or frozen (for later transfer).

Side effects of the trigger shot

There are various side effects you may experience with the trigger shot. Most common include bloating and stomach or pelvic pain. You may also experience pain or tenderness at the injection site.

OHSS is a risk as well. With OHSS, your ovaries become swollen and filled with fluid. Mild cases may give you abdominal discomfort, bloating, and gastrointestinal issues, like nausea, vomiting, or diarrhea.

Severe OHSS is rare and can be a medical emergency. Signs include rapid weight gain (over 2 pounds a day) and abdominal bloating, as well as extreme discomfort in your abdomen or extreme nausea/vomiting.

Other possible symptoms of this syndrome include:

When to take a pregnancy test

Since the trigger shot contains hCG, you may be able to get a positive on a pregnancy test without being pregnant if you test too soon after the shot.

Experts at the Mayo Clinic recommend waiting at least 2 weeks after the shot to take a pregnancy test. This is because it may take between 10 and 14 days for the trigger shot to leave your system.

And if you’re doing ART procedures, your doctor may schedule you for a beta (initial) blood test to look for hCG. So, if you’re worried about getting a false positive, consider waiting for your blood draw for the most reliable results.

‘Testing out’ the trigger

If you’re wondering how long the trigger shot (and hormone hCG) is hanging around in your body, you might want to try “testing out” the shot.

What this means is that you’ll take a pregnancy test every day and watch as the line gets progressively lighter. A lighter and lighter result can show you that the hormone is leaving your system.

Of course, if you continue testing until you can barely see the line — only to see it return again and get darker — you might actually be pregnant. It’s still a good idea to have a blood test in your doctor’s office to confirm, but this method is helpful if you’re the type of person who just can’t wait. (We completely understand.)

To try this out on your own, consider getting cheapie pregnancy tests. It’s important to use the same type of test each time you test so the sensitivity is the same.

Testing at the same time each day, like right when you wake up, is also helpful. That way, you aren’t drinking too much water that might alter your urine concentration and, therefore, your test results.

The success rate of the trigger shot itself is difficult to determine. That’s because it’s often used in combination with other drugs or procedures to treat infertility. The trigger shot is a critical part of IVF because of the function it serves with meiosis, so it’s nearly impossible to study the shot’s impact in isolation.

Another older study looked specifically at the timing of the shot. Surprisingly, the researchers discovered a higher pregnancy rate in cycles where the shot was given after the IUI (19.6 percent) instead of 24 to 32 hours before the procedure (10.9 percent). The standard has been to give the shot before IUI, which is why these findings are so significant.

More research needs to be done in this area before the timing is changed universally.

If you’re curious about the trigger shot and wonder if it might work for you, make an appointment to talk with your doctor. Again, the shot is used only during monitored cycles where you’re either doing timed intercourse, IUI, or IVF.

To use it, you’ll need regular appointments to track the size of your follicles and thickness of your uterine lining. It may sound like a lot of work, but couples have found success with this method combined with other fertility treatments.