is ICSI more successful than IVF?

What percentage of eggs fertilize with ICSI?

Is it better to transfer 1 or 2 embryos?

Prior to IVF or ICSI, oocytes (eggs) are retrieved from the woman. Women of advanced age typically have a lower number of oocytes retrieved. As the number of oocytes are fewer, some doctors prefer to use ICSI as it has a greater success rate of fertilization compared to conventional IVF, in general. 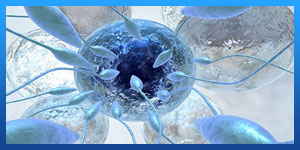 In assisted reproductive technology (ART) there are two ways eggs can be fertilised: IVF (in-vitro-fertilisation) or ICSI (intracytoplasmic sperm injection). In IVF thousands of sperm are added to each egg in the hope that one will fertilise the egg. In ICSI the embryologist uses a microscope and very technically advanced equipment to select a single sperm which is injected into the egg. A few days after IVF and ICSI the embryologist checks to see of the eggs have fertilised and developed into embryos. If there are embryos, one (sometimes two) is placed in the uterus and any remaining embryos can be frozen for later use if the treatment is not successful.

Read more about : Type of Infertility Treatment in Iran

Read more about: Ivf in Iran

When IVF was first developed in the 1980s it helped many couples who had previously been infertile have children. But IVF didn’t work for couples where the man had very poor sperm. That’s why, in the early 1990s, the ICSI procedure was developed. ICSI has been remarkably successful and helped couples with male factor infertility around the world have children.

Since then there has been an increasing trend to use ICSI for all causes of infertility. In Australia, around two thirds of ART treatments are ICSI. But, is ICSI better than IVF for couples who don’t have male factor infertility? That was the question researchers asked in a paper published today in the journal Human Reproduction. 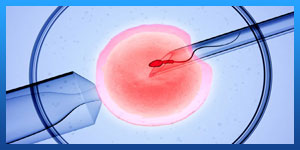 have male factor infertility, ICSI doesn’t increase the chance of having a baby.

The success rates for two common fertility treatments have peaked, with only one in four attempts resulting in pregnancy. The success rate for IVF and a similar technique called intracytoplasmic sperm injection (ICSI) have been around this level for about a decade.

Read more about: What is the success rate of ICSI IVF?

ICSI isn't an alternative to IVF, but rather an optional part of it. It might not be as well known in modern parlance, but it’s much more common and more successful than you’d think. ICSI fertilizes 50% to 80% of eggs," but it’s not foolproof.

Read more about: when is assisted hatching done in IVF

ICSI, which has been around since 1992, is an IVF technique that involves a clinical embryologist injecting healthy sperm directly into the ripened egg itself to increase the odds of fertilization. ICSI boasts a pregnancy success rate of 24%. While IVF without ICSI still has a slightly higher pregnancy success rate at 27%, those aren’t bad odds for anyone who’s already tried other methods of assisted reproductive technology. The rate of successful egg fertilization in the laboratory was found to be higher when ICSI was used: 67.5% versus 47.8% with conventional insemination. Fertilization failure was found to be significantly higher when ICSI was not used.

Read more about: IUI vs IVF

What percentage of eggs fertilize with ICSI?

The fertilization rate in the UCSF IVF laboratory is exceptional currently 80 to 85 percent. That is to say, on average, eight out of every 10 eggs will fertilize normally.

Is it better to transfer 1 or 2 embryos?

Two embryos are not always better than one. Research still shows that transferring one embryo per cycle is the safest option. Transferring two increases the chance of a multiple pregnancy and associated complications. When you transfer more embryos in a transfer, the risk rises that you will have a multiple pregnancy. Let’s look at Sweden: they did away with multiple-embryo transfer and now they have almost exclusively singletons born from IVF.

10 common questions about is ICSI more successful than IVF

1Which is more successful IVF or ICSI?
Is ICSI better than IVF? It depends. Research shows that IVF is just as effective as the ICSI procedure, where sperm is injected directly into an egg, when there is no male infertility factor. Cumulative live birth rates in Victoria were similar for IVF and ICSI in these circumstances.
2Is ICSI less successful than IVF?
ICSI can increase IVF success rates but the procedure is not perfect. Here are some more common risks associated with ICSI. Damage to embryos. Fertilization rates with ICSI range from 50 to 80 percent.
3Is it better to transfer 1 or 2 embryos?
Why a 2 Embryo Transfer is Best! There has been a big push in the country to transfer only one embryo, mainly to avoid the risks of twins. So, if a patient has four embryos, the recommendation would be to transfer one at a time, until all four embryos would be transferred; as opposed to doing two transfers of two each
4What percentage of eggs fertilize with ICSI?
The ICSI procedure fertilizes 50 to 80 percent of eggs.
5Are ICSI babies normal?
IVF, ICSI Babies as Healthy as Others. July 2, 2003 -- Babies born with the assistance of the infertility treatments in vitro fertilization (IVF) and intracytoplasmic sperm injection (ICSI) don't face any more health problems than babies conceived by natural means, according to the longest-running study to date.
6Is ICSI more expensive than IVF?
However, ICSI is also increasingly used in patients without male factor infertility where the procedure has not been shown to improve clinical outcomes. ... ICSI also adds to the cost of an IVF cycle, making it more expensive than conventional IVF.
7How do they choose the best sperm for ICSI?
In ICSI, an embryologist looks through a high-powered microscope and selects the most healthy-looking sperm and then injects one sperm into each egg using a fine needle
8Does ICSI increase chance of having a girl?
Australian researchers found the odds of a boy went up from 51 in 100 when conceived naturally to 56 in 100. But another assisted reproduction technique called ICSI, which singles out the sperm that will fertilise the IVF egg, makes a girl more likely
9Does putting 2 embryos increase chances?
Under ideal conditions, some embryo transfers can have implantation rates of 70-80% or even greater. The greater the implantation rate, the less need to transfer multiple embryos and the greater the risk of twin pregnancy will be when multiple embryos are transferred
10Does implanting 2 embryos increase chances?
Implanting two embryos can reduce IVF success by a quarter if one of the embryos is of poorer quality, new research suggests. ... When a good quality embryo was transferred at the same time as a poorer quality one, the chance of pregnancy was reduced by 27 percent compared with transferring a single good quality embryo