Can egg donation cause cancer? 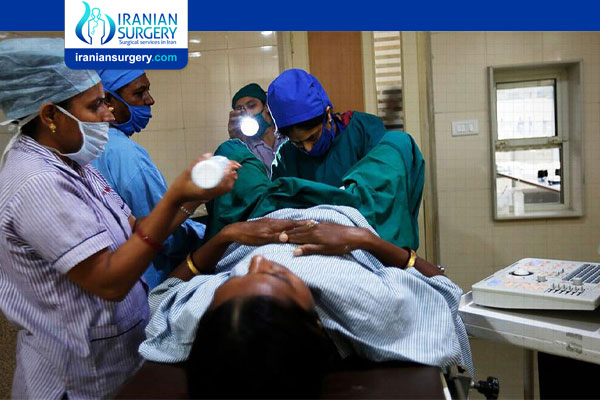 Can egg donation cause cancer?

Can Egg Donation Cause Cancer to the Egg Donor? Myth Vs Fact

The job of being an egg donor is no less important in the entire IVF cycle. She has an important role to play that includes various hormonal changes in her body that leads to her physical distress.

The entire procedure of ovarian stimulation and preparing for egg retrieval is a crucial phase. The follicle stimulation involves severe rules and recommendation for its successful implementation. Egg donors involve themselves with all the required professionalism and undergo the procedure with wholehearted commitment.

The egg donor goes through extensive fertility testing before the initiation of her ovarian stimulation procedure. These tests include a series of blood evaluation to track the baseline levels of hormones present in her body. The doctor to recommend a treatment regimen to her based on these test reports. She is put under birth control pills before some weeks to assure her hormonal clock.

There is a certain myth that repeated egg donation might cause cancer to the egg donor. However, there is no confirmation on this statement as of yet. No medical authority has taken responsibility and has declared it. There are a number of egg donors who have prepared for egg donation for multiple times in their lives and have successfully donated their eggs with no cancer caused to them.

It might be totally coincidental that some egg donors have faced cancer in future. But that has no connection with their decision of being an egg donor. Cancer is caused due to tobacco consumption, overexposure to sunlight and ultraviolet rays, alcoholism and other negligence. Medications to the egg donor do not cause cancer.

A number of follicles grow during each menstrual that release a mature egg during ovulation. The single one of these is known as the dominant follicle. This grows comparatively faster than the others and ovulates in about 18-28mm in diameter.

An egg is ovulated by the dominant follicle during the middle of the menstrual cycle. In case the woman is not pregnant, she is expected to have her period after 2 weeks of the ovulation.

The prolonged series of IVF medications are normally complicated for the first-timers. It includes a number of self-administering pills, injections, and patches. Patients need to manage their medications properly. They have to take medicines at different times of the day. There are chances to forget doses on multiple occasions due to the stress they are in. however, this is no embarrassing situation but an alarming situation to seek help and advice from the doctor to recover from any potential damage.

Such medical guidance and constant monitoring don’t let any medical negligence occur to the egg donor. Thus, they are always under medical surveillance which rules out any chances of getting affected by cancer.

Monitor the Stimulation of the Ovaries

Regular blood tests are done during this time to monitor the stimulation of the ovaries by the effect of the medications that the woman is under. Different woman responds differently to the medications. The hormones are adjusted differently in individual bodies and ensure follicle stimulation. Proper hormone adjustment is very important to reduce the risk of ovarian hyperstimulation syndrome. Ultrasound tests are also done during this time to monitor the growth of follicles within the ovaries.

Egg Donation Cannot Be Considered to Be a Reason of Cancer

So, there is hardly any chance of getting affected with cancer at least due to the procedure off egg donation. We do not rule out the possibility of getting affected by cancer due to other reasons. If the egg donor is addicted to tobacco or has a hereditary record of being affected by cancer, there can be chances of her getting cancer as well. But the point here is that the procedure of egg donation cannot be considered to be a reason to cause cancer to her.