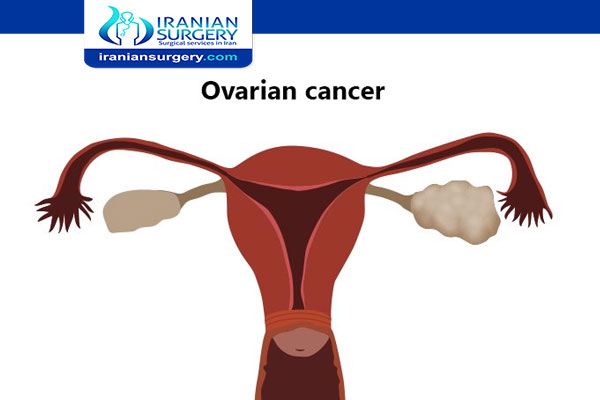 What is the most common cause of ovarian cancer?

How can you reduce the risk of getting ovarian cancer?

How common is ovarian cancer by age?

A risk factor is anything that changes your chance of getting a disease like cancer. Different cancers have different risk factors. Some risk factors, like smoking, can be changed. Others, like a person’s age or family history, can’t be changed.

What are risk factors?

Obesity has been linked to a higher risk of developing many cancers. The current information available for ovarian cancer risk and obesity is not clear. Obese women (those with a body mass index [BMI] of at least 30) may have a higher risk of developing ovarian cancer, but not necessarily the most aggressive types, such as high grade serous cancers.

Women who have their first full-term pregnancy after age 35 or who never carried a pregnancy to term have a higher risk of ovarian cancer.

Fertility treatment with in vitro fertilization (IVF) seems to increase the risk of the type of ovarian tumors known as "borderline" or "low malignant potential. Other studies, however, have not shown an increased risk of invasive ovarian cancer with fertility drugs. If you are taking fertility drugs, you should discuss the potential risks with your doctor.

80 – 85 per cent of ovarian cancer cases are 'sporadic'. This means they are one-offs, not inherited and close female relatives face no significant increase in their risk of developing the disease themselves. This is important to remember, as it can be worrying if a close family member is affected by ovarian cancer. In most cases women can be reassured.

The remaining 15 – 20 per cent of cases are believed to be caused by an inherited faulty (or mutated) gene, which is often the BRCA1 or BRCA2 gene. Women who inherit a mutated copy of the BRCA1 or BRCA2 gene (BReast CAncer 1 and 2) have a much higher risk of developing breast and/or ovarian cancer than the general population.

About 5 to 10% of ovarian cancers are a part of family cancer syndromes resulting from inherited changes (mutations) in certain genes.

This syndrome is caused by inherited mutations in the genes BRCA1 and BRCA2, as well as possibly some other genes that have not yet been found. This syndrome is linked to a high risk of breast cancer as well as ovarian, fallopian tube, and primary peritoneal cancers.

In this syndrome, also known as Cowden disease, people are primarily affected with thyroid problems, thyroid cancer, and breast cancer. Women also have an increased risk of endometrial and ovarian cancer. It is caused by inherited mutations in the PTEN gene.

Women with this syndrome have a very high risk of colon cancer and also have an increased risk of developing cancer of the uterus (endometrial cancer) and ovarian cancer. Many different genes can cause this syndrome.

People with this rare genetic syndrome develop polyps in the stomach and intestine while they are teenagers. They also have a high risk of cancer, particularly cancers of the digestive tract (esophagus, stomach, small intestine, colon). Women with this syndrome have an increased risk of ovarian cancer, including both epithelial ovarian cancer and a type of stromal tumor called sex cord tumor with annular tubules (SCTAT).

People with this syndrome develop polyps in the colon and small intestine and have a high risk of colon cancer. They are also more likely to develop other cancers, including cancers of the ovary and bladder. This syndrome is caused by mutations in the gene MUTYH.

Read more about : What are the early warning signs of ovarian cancer?

What is the most common cause of ovarian cancer?

The exact cause of ovarian cancer is unknown.

But some things may increase a woman's risk of getting it, such as:

How can you reduce the risk of getting ovarian cancer?

By maintaining a weekly exercise regime and a healthy diet, the risk of ovarian cancer decreases. By working out 30 minutes every day, you can decrease your risk by up to 20%. Along with an active lifestyle, incorporating certain foods into your diet can also decrease your risk. Foods like beans, eggs, nuts, and other foods that provide Vitamin D are recommended as well as foods high in Vitamin A like carrots, leafy greens, and sweet potatoes.

How common is ovarian cancer by age?

Ovarian cancer rates are highest in women aged 55-64 years. The median age at which women are diagnosed is 63, meaning that half of women are younger than 63 when diagnosed with ovarian cancer and half are older.