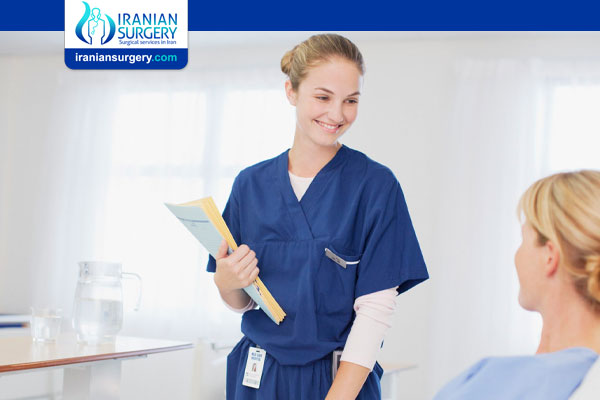 Ovarian drilling is one of several surgical methods, such as in ovarian wedge resection, that healthcare providers have used to treat PCOS.

In women with PCOS, the ovaries may develop a thick outer surface that can affect ovulation. Ovarian drilling breaks through a thick outer layer and boosts fertility. Many women ovulate more regularly after ovarian drilling since testosterone production is directly affected. Contrary to the scary name, Ovarian Drilling is actually a relatively simple and minimally invasive procedure, here is how it works:

. Typically done on an outpatient basis with minimal recovery time, so you will go home the same day.

. Surgeon makes a small incision below the belly button.

. A tube is inserted into the abdomen, filling it with carbon dioxide and inflating the abdomen to prevent damage to the internal organs and let the surgeon better visualize the abdominal organs.

. A thin telescopic camera is inserted into the abdomen, allowing the surgeon to view the internal organs and ovaries on a connected monitor.

. Another incision allows the surgeon to place special instruments in the abdominal cavity to perform the actual procedure.

. Using the camera as a guide, special tools are inserted into the abdomen where an electric current or laser is used to make very small holes on the ovaries to destroy a small portion of thickened tissue.

The theory is similar to that of Ovarian Wedge Resection; by destroying ovarian tissue and reducing androgen production (male hormones), you can better manage PCOS symptoms.

What Are the Benefits Of Ovarian Drilling?

The goal of this procedure is to restore a woman’s menstrual cycle and help her ovulate. About 50% of women get pregnant in the first year after surgery. Some women still may not have regular cycles after the surgery. Others may have other fertility problems (such as blocked tubes or a low sperm count) that can prevent pregnancy.

Pregnancy success rates from ovarian drilling range at around 61%. A few studies have shown that success rates are higher in women within the normal range for BMI or Body Mass Index.3 In most cases, the risks of ovarian damage and other complications do not outweigh the benefits of the surgery. Make sure to discuss the procedure and the associated risks and benefits with your healthcare provider before having any type of surgery.

How Soon After Ovarian Drilling Will I Ovulate?

Approximately 80% of patients who underwent ovarian drilling resumed ovulation, while nearly 50% were able to become pregnant within six months. You are less likely to have twins or triplets compared to other fertility treatments (which can be as high as 10%).

Ovarian Drilling is not frequently used due to the risk of ovarian scarring, so make sure to get a second opinion and exhaust all other treatment options (like weight loss and medications) before proceeding with the procedure. Other risks associated with this procedure include:2

. Development of adhesions or scar tissue on your pelvic organs

. As with any surgery, there is minimal risk of infection and death

. Too much of the ovary could be destroyed cause egg supplies to diminish at a young age, starting the onset of early menopause.

. Scar tissue can form between the ovaries and fallopian tubes, making conception even more difficult.

Iranian surgery is an online medical tourism platform where you can find the best gynecologists and surgeons in Iran. The price of Ovarian Drilling PCOS treatment in Iran can vary according to each individual’s case and will be determined by an in-person assessment with the doctor.

For more information about the cost of Ovarian Drilling PCOS treatment in Iran and to schedule an appointment in advance, you can contact Iranian Surgery consultants via WhatsApp number 0098 901 929 0946. This service is completely free.