How to Test for Sperm DNA Fragmentation? 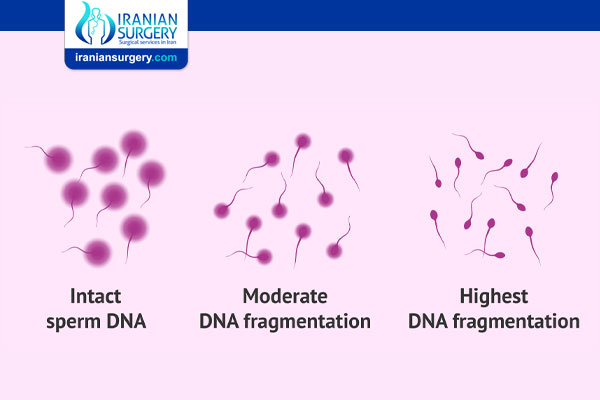 How to Test for Sperm DNA Fragmentation?

What is Sperm DNA Fragmentation?

DNA is the hereditary material in humans and other organisms and consists of two long chains—DNA strands—that are coiled around each other, each made of sugars and phosphate. The information in DNA is stored as a code made up of four types of molecules called bases, which are attached to the DNA strands like rungs on a ladder. Although all humans have the same bases, the order of these bases determines the information available for building and maintaining an organism. Just as different combinations of letters create different words and sentences, the unique sequence of these bases makes your DNA different.

Sperm DNA fragmentation occurs when there is a change in the bases or a physical break in one or both of the DNA strands of the chromosomes contained within the sperm.

One major contributor to sperm DNA fragmentation is oxidative stress. Oxidative stress is a strain on the body caused by the built-up damage caused by atoms with unpaired electrons—free radicals—that is not adequately neutralized by antioxidants. Sperm DNA fragmentation is associated with infections, cigarette smoking, drug use, exposure to environmental and occupational pollutants, advanced age, varicocele (enlarged veins inside the scrotum), illnesses with high fevers, elevated testicular temperature (laptop computers, hot tubs), chronic diseases such as diabetes, cancer and cancer treatment, poor diet, and obesity.

Sperm DNA fragmentation also occurs when the body lacks the ability to repair breaks that occur in DNA, and when there is a deficiency of proteins that typically bind DNA and keep it in a compact form that is less susceptible to damage.

Why Would Sperm DNA Fragmentation Testing Be Useful?

While a semen analysis is still the most commonly used test in the workup for male infertility, research has shown that the results of semen analysis tests cannot reliably predict whether a male is fertile or if a pregnancy will occur with infertility treatment. As a result, clinicians and researchers have looked for other ways to determine whether or not a male is fertile.

Successful embryo development requires, among other things, undamaged DNA from both the egg and sperm. Studies have shown that sperm DNA damage is more common in infertile men and may contribute to poor reproductive outcomes. A significant proportion of men with infertility have also been found to have increased DNA fragmentation despite having normal semen analysis results. These associations have led to the testing of DNA integrity as another method of assessing fertility potential.

What Does Testing for Sperm DNA Fragmentation Involve and Who Should Have It Performed?

There are many different tests for sperm DNA fragmentation, but the most commonly studied ones are the sperm chromatin structure assay (SCSA), the deoxynucleotidyl transferase-mediated dUTP nick end labeling assay (TUNEL), the single-cell gel electrophoresis assay (COMET), and the sperm chromatin dispersion test (SCD). These tests provide an estimate of the degree of DNA damage present in a semen sample. Testing for sperm DNA fragmentation is typically performed at an outside laboratory using a semen sample obtained through ejaculation.

Despite many studies investigating the utility of these DNA fragmentation tests, the 2013 American Society for Reproductive Medicine Practice (ASRM) committee opinion concluded that there was not enough data to support a consistent relationship between increased DNA fragmentation and reproductive outcomes. This is likely due to the fact that there are millions of sperm, and unless there is 100 percent DNA fragmentation present, it is unlikely that this is the sole cause for infertility.

Currently, there is not enough evidence that DNA fragmentation testing alone can predict pregnancy rates in the context of fertility treatment, and routine testing is not recommended at this time. As always, there are select populations for which this testing would be useful, and a reproductive urologist would be able to determine if this additional information would be helpful in formulating a treatment plan.

Can You Treat Sperm DNA Fragmentation?

Given that new sperm is created every 72 days, decreasing exposure to oxidative stress may decrease the degree of sperm DNA fragmentation present. Recommendations to reduce oxidative stress:

. Varicoceles should be evaluated by a urologist to determine whether surgical repair is necessary.

. Eat a healthful diet full of fruits and vegetables, and rich in antioxidants. Exercise regularly.

. Avoid smoking and illicit drugs. Limit alcohol intake. Have a urologist look over your medication list to determine if any medications need to be switched or adjusted (e.g. SSRIs).

. Consider the use of supplements containing vitamins and antioxidants.