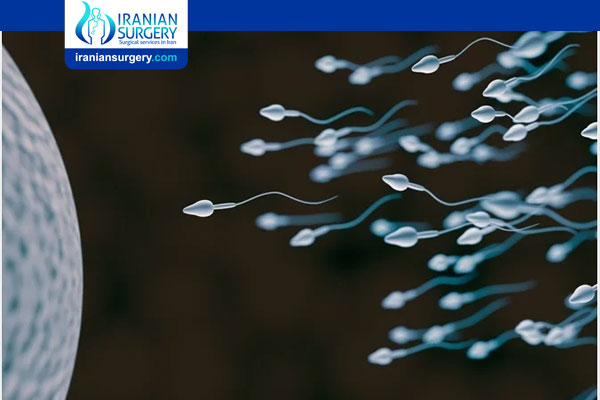 Of all infertility cases, approximately 40–50% involve male-factor infertility, with poor sperm motility, or movement, being a significant contributing factor. Total motile sperm count (TMSC) refers to how many sperm are swimming in a single ejaculate. A higher number of motile sperm is linked to greater chances of conceiving a child. Find out how total motile sperm count is calculated, testing procedures that are available, and what you can do to improve your count.

What Is Sperm Count and Sperm Concentration?

Motility refers to an organism’s ability to move independently. When it comes to sperm, motility describes its ability to move and swim. Poor sperm motility, or asthenozoospermia, means that the sperm do not swim properly, which decreases their ability to reach an egg and successfully fertilize it.

However, not all movements are the same. For a sperm to successfully reach the egg, it must move forward quickly in a mostly straight line. This is known as progressive motility.

Progressive motility refers to sperm that are capable of swimming in a mostly straight line or in very large circles. This progressive movement is crucial in allowing the sperm to make its way up the vaginal canal and through cervical mucus to reach and fertilize the viable egg. When sperm is non-progressive, this means it can still move, but often slower and not in a straight line.

The total motile sperm count is calculated by multiplying the concentration of sperm by the total semen volume by the percentage of motility. This calculation determines the total number of moving sperm in a sample. For example:

A total motile count of 20 million or more is considered normal, and is ideal for natural conception. Because total motile sperm count factors in both sperm concentration and sperm motility, it is considered by experts to be one of the best indicators of male fertility and predictors of fertility outcomes.

What Does TMSC Mean for Fertility?

Intrauterine insemination (IUI) is a fertility treatment in which sperm are washed (processed) and placed directly into a patient’s uterus to improve chances of pregnancy. In one 2020 study of 92,471 insemination cycles, pregnancy rates were highest with ≥9 million TMSC, and declined gradually as TMSC decreased.

A technique used during in vitro fertilization (IVF), intracytoplasmic sperm injection (ISCI) is a treatment in which a single live sperm is injected directly into an egg. So, while sperm do need to be alive, and motility is a good indicator of life, the total motile sperm count does not have to be high.

In couples where TMSC is <8 million or other factors may be affecting fertility, such as female age greater than 35, IVF with ISCI may be a more efficacious and cost-effective approach than IUI.

Having your sperm tested in a semen analysis can determine your total motile sperm count, and help you and your doctor understand whether or not poor sperm motility or low sperm count is affecting your fertility.

This test can be completed either at a clinic or at home. At a fertility clinic or urologist’s office, a semen sample is given in a collection room and then analyzed under a microscope to measure motility, morphology, and count. This typically requires a prescription or referral from your doctor.

With at-home testing, the sample is given within the comfort of your home and then shipped overnight to a lab to be analyzed. Many mail-in sperm testing kits give only the basic results, such as sperm count and concentration. Choosing an analysis kit like Legacy’s, that tests every sperm parameter including TMSC and offers personalized recommendations for improving sperm health, greatly increases fertility chances.

How Can You Improve Your Total Motile Sperm Count?

From antioxidant therapy to regular exercise, there are many steps you can take to improve motility and increase sperm count. These steps include:

. Following a healthy diet. Eating a diet rich in fruits, vegetables, and healthy fats may also increase sperm count and concentration. On the other hand, cutting back on processed meats, trans fats, added sugars, and refined grains may also improve sperm parameters like motility, morphology, and sperm concentration.

. Exercising regularly. A 2017 study conducted in China found that men who engaged in greater levels of physical exercise every week exhibited healthier sperm motility compared to those who did not engage in regular moderate physical activity.

. Quitting smoking. A cross-sectional analysis of 2542 healthy men from 1987 to 2004 showed that cigarette smokers had lower semen volumes, sperm counts, and percentage of motile sperm compared to men who did not smoke.

. Reducing alcohol consumption. In one Danish study, men who habitually drank 40 drinks or more per week had a 33% reduction in sperm count and concentration compared to men who had less than 5 drinks per week.

Iranian surgery is an online medical tourism platform where you can find the best doctors and fertility specialists in Iran. The price of Infertility Treatments in Iran can vary according to each individual’s case and will be determined by an in-person assessment with the doctor.

For more information about the cost of Infertility Treatments in Iran and to schedule an appointment in advance, you can contact Iranian Surgery consultants via WhatsApp number 0098 901 929 0946. This service is completely free.