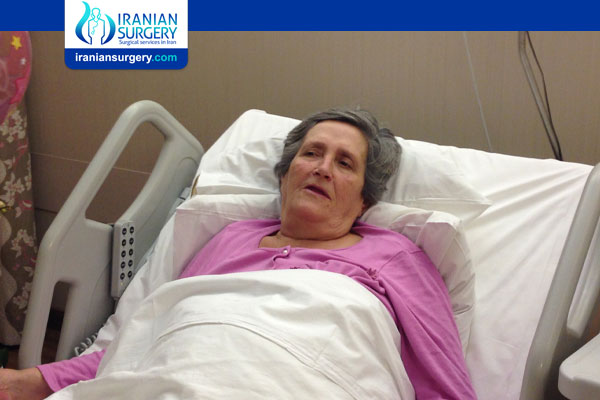 A heavily pregnant woman living in Australia looks set to become the country's oldest surrogate. Maree Arnold, 54, is preparing to give birth to her own grandchild. The loving gesture was made for her daughter, who was born without a uterus. Maree is currently at 30 weeks, and found out that she was able to carry her daughter's child after doing the research for herself.

The soon-to-be grandma stepped into the role after her daughter's previous surrogate miscarried. Meagan White's baby passed away at 21 weeks, while being carried by a Canadian woman.

Read more about : Cheapest surrogacy in the world

At the age of just 17, Meagan, now 28, was diagnosed with Mayer-Rokintansky-Küster-Hauser Syndrome (MRKHS) - a rare disorder in which a person is born without a uterus, and so unable to carry a baby for themselves. Meagan, who has a background in nursing, was worried she'd never be able to realise her dream of becoming a mother... until her own mum offered to carry her baby instead. Meagan and her husband, Clayde, will be expecting their first child in a matter of weeks.

Maree and Meagan's story isn't the only heartwarming tale to feature an older surrogate mum. In 2019, Cecile Eledge, a 61-year-old from Omaha, Nebraska, became a surrogate mum to her son and his boyfriend.

The UK's oldest surrogate mum, Pamela Butler, also gave birth to her own granddaughter at the age of 57.

The oldest known surrogate in the world is 67-year-old Anastassia Ontou, based in Greece. Anastassia gave birth to her daughter's baby back in 2016 via C-section. Her 47-year-old daughter had undergone seven failed pregnancy attempts before her mum offered to carry the baby to term instead.

She said Frida: “I feel more like a grandmother than a mother. It was an easy decision for me – my daughter was heartbroken after not being able to carry the baby herself.” Ontou’s daughter Constantina, 43, said she thought her mother was “crazy” when she offered to carry the child. Ontou added that it was a trouble-free pregnancy.

This Ontario surrogate wanted to help another woman have a child, but the decision nearly killed her Constantinos Pantos, Ontou’s obstetrician, said: “This is a heroic grandmother.” He said that “based on international records, this is the oldest surrogate mother who is also a grandmother.” Pantos, who has a fertility clinic in Athens, said he had reservations about the pregnancy, but went ahead after a court gave its approval. According to the Guinness Book of World Records, the previous oldest surrogate mother was 66 years and 358 days old.