what is the difference between ICSI and IVF?

When is IVF the right answer?

When is ICSI the right answer?

What is the difference between IVF and ICSI?

In-vitro fertilization, or IVF, has been used as a catch-all for all assisted reproduction treatments, but it’s actually a unique procedure aimed to help women with structural obstacles to fertility (for instance, damaged Fallopian tubes) or other fertility problems, like low egg counts; it may also be recommended for mild cases of male fertility problems; for couples working with a surrogate; for couples who have already undergone several unsuccessful rounds of IUI; and for couples who require genetic screening. It involves a woman first taking hormones to stimulate her ovaries’ production of eggs. Then, a specialist will collect the egg(s), along with a semen sample from the partner or donor. The egg(s) and sperm will be placed in the same laboratory dish until a sperm fertilizes the egg, and the resulting embryo(s) will be transferred into the uterus of the female partner or surrogate.

Pros: Because IVF involves actually fertilizing an egg and ensuring a viable embryo, it’s typically thought of as the procedure that offers the best chance of pregnancy.

Cons: The hormones that women undergoing IVF must take can cause side effects ranging from the mild/irritating (mild cramping, breast tenderness, mood swings) to the serious (ovarian stimulation syndrome); more expensive than IUI.

Read more about: What are the Biggest Differences between IUI and IVF?

When is IVF the right answer?

IVF might be the best option when sperm count is low but motility and morphology are normal. With IVF we put sperm and eggs into contact with one another in a petri dish to facilitate fertilisation of egg and sperm. It’s better to go for IVF when possible as it allows a more natural selection of the best sperm to ideally fertilize the egg.

Intracytoplasmic sperm injection, or ICSI, is a more targeted method of IVF aimed at helping men who have fertility problems, such as low sperm count or poor sperm mobility. The same general procedure is followed, but instead of placing egg(s) and sperm in the same laboratory dish and waiting for fertilization, a single, healthy sperm cell will be extracted from the man’s semen sample and directly inserted, in the lab, into the egg to fertilize it. The embryo is them transferred into the female partner or surrogate’s uterus. 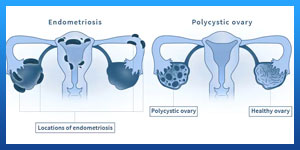 Read more about : How much does 1 round of IVF cost in Iran?

Read more about: IUI vs IVF success rates over 40

When is ICSI the right answer?

ICSI is the process when one single sperm is selected and injected into each egg to achieve fertilization. We would choose ICSI when motility or morphology are abnormal and it’s even very successful when the motility and morphology are severely impaired.

What is the difference between IVF and ICSI?

The key difference between IVF and ICSI is how the sperm fertilizes the egg. In IVF, the egg and sperm (of which there are many) are left in a laboratory dish to fertilize on their own. In ICSI, the selected sperm is directly injected into the egg.

Research shows that IVF is just as effective as the ICSI procedure, where sperm is injected directly into an egg, when there is no male infertility factor. Cumulative live birth rates in Victoria were similar for IVF and ICSI in these circumstances. IVF is one of the most commonly used and successful fertility treatments, and  is suitable for a wide variety of people and a wide variety of fertility issues. Hence, there are different types of IVF for different ages and conditions. For instance, the abc IVF criteria is best suited to women that are aged 37 or under, have a BMI under 30 and have a good ovarian reserve.

Is IVF same as ICSI?

ICSI is similar to IVF as eggs and sperm are collected from each partner or donor. On the day of egg collection, an embryologist inseminates the eggs and the following day selects out those that are fertilised. They are kept and monitored in an incubator for up to five days and the best embryos are transferred into your womb to implant.

Is ICSI cheaper than IVF?

On the basis of costs per started cycle, ICSI was 8.3% more costly than IVF, which was mainly due to the higher laboratory costs of ICSI. However, costs per ongoing pregnancy of ICSI were lower compared with IVF due to fewer incomplete treatment cycles and higher success rates per cycle.

Can ICSI be done without IVF?

Before a man’s sperm can fertilize a woman’s egg, the head of the sperm must attach to the outside of the egg.  Once attached, the sperm pushes through the outer layer to the inside of the egg (cytoplasm), where fertilization takes place.

Sometimes the sperm cannot penetrate the outer layer, for a variety of reasons. The egg’s outer layer may be thick or hard to penetrate or the sperm may be unable to swim. In these cases, a procedure called intracytoplasmic sperm injection (ICSI) can be done along with in vitro fertilization (IVF) to help fertilize the egg. During ICSI, a single sperm is injected directly into the cytoplasm the egg.

Read more about: when is assisted hatching done in IVF

Read more about: IUI and IVF side effects

How will ICSI work?

There are two ways that an egg may be fertilized by IVF: traditional and ICSI. In traditional IVF, 50,000 or more swimming sperm are placed next to the egg in a laboratory dish. Fertilization occurs when one of the sperm enters into the cytoplasm of the egg. In the ICSI process, a tiny needle, called a micropipette, is used to inject a single sperm into the center of the egg. With either traditional IVF or ICSI, once fertilization occurs, the fertilized egg (now called an embryo) grows in a laboratory for 1 to 5 days before it is transferred to the woman’s uterus (womb). 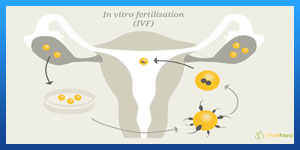 Babies born with the assistance of the infertility treatments in vitro fertilization (IVF) and intracytoplasmic sperm injection (ICSI) don't face any more health problems than babies conceived by natural means, according to the longest-running study to date.

1Is ICSI more successful than IVF?
Is ICSI better than IVF? It depends. Research shows that IVF is just as effective as the ICSI procedure, where sperm is injected directly into an egg, when there is no male infertility factor. Cumulative live birth rates in Victoria were similar for IVF and ICSI in these circumstances
2What is the success rate of ICSI?
The most important indicator of ICSI success appears to be the fertilization rate achieved with the ICSI procedure. The fertilization rate in the UCSF IVF laboratory is exceptional — currently 80 to 85 percent. That is to say, on average, eight out of every 10 eggs will fertilize normally
3Can you have ICSI without IVF?
ICSI cannot be performed if there are no sperm being produced by the testes which is, however, rare. According to the HFEA regulations, if no fertilisation occurs following routine IVF insemination, those eggs cannot then undergo ICSI in the same cycle
4Can you have twins with ICSI?
Fertilization rates with ICSI range from 50 to 80 percent. However, not all fertilized eggs develop into healthy embryos. ... Couples that use ICSI with IVF have about a 30 to 35 percent chance for twins and a 5 to 10 percent chance for having triplets or more
5Are ICSI babies normal?
The rate of birth defects was 6.2% and 4.1% for ICSI and IVF babies, respectively, compared with 2.4% among naturally conceived babies. ... Researchers say all the birth defects were correctable and the children went on to be as normal and healthy as others
6Is ICSI cheaper than IVF?
ICSI is a more expensive procedure than IVF . ICSI has been in use for a shorter time than IVF
7Does ICSI increase chance of having a girl?
Australian researchers found the odds of a boy went up from 51 in 100 when conceived naturally to 56 in 100. But another assisted reproduction technique called ICSI, which singles out the sperm that will fertilise the IVF egg, makes a girl more likely
8How do they choose the best sperm for ICSI?
In ICSI, an embryologist looks through a high-powered microscope and selects the most healthy-looking sperm and then injects one sperm into each egg using a fine needle
9What's more successful ICSI or IVF?
Fertilization rates for ICSI: Most IVF programs see that about 70-85% of eggs injected using ICSI become fertilized. We call this the fertilization rate, which is different from the pregnancy success rate. ... This is because the main determinant of IVF success is the quality of the embryos
10Is ICSI more effective than IVF?
As the number of oocytes are fewer, some doctors prefer to use ICSI as it has a greater success rate of fertilization compared to conventional IVF, in general. However, it is unknown whether IVF or ICSI is more successful in achieving pregnancy in women over the age of 40 seeking fertility treatment.