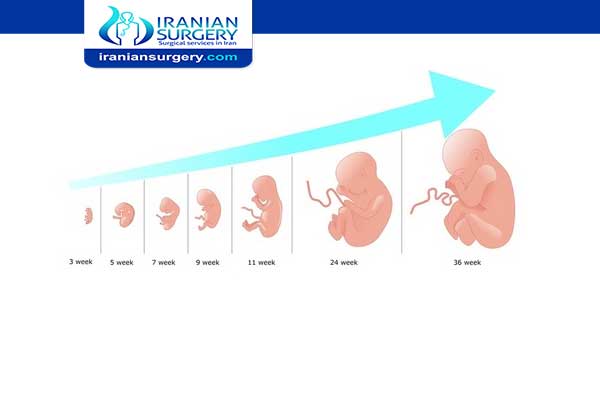 Should I transfer 2 embryos?

Can 2 embryos implant at different times?

Transferring two embryos, when one embryo is poorer quality than the other, may lead to both embryos failing.

2 Embryo Transfer is Best because There has been a big push in the country to transfer only one embryo, mainly to avoid the risks of twins. So, if a patient has four embryos, the recommendation would be to transfer one at a time, until all four embryos would be transferred; as opposed to doing two transfers of two each.

For many patients, they will take on all of this risk if it raises their chance of having a child.

Read more about: How to improve iui success rates

Read more about : IVF in Iran

About 1% of implanting embryos will split into identical twins. As a result, even when “only” two embryos are transferred, triplet pregnancy can still occur. Double embryo transfers should be limited to patients with repeated implantation failure or repeated pregnancy loss. Yet, when two embryos are transferred, women can be reassured that the quality of the second embryo does not seem to affect the pregnancy rate or the risk of twin pregnancy. It is very tempting for couples to want to have two embryos transferred during an IVF cycle, as it is only natural to assume that doing so increases the odds of achieving that much-wanted pregnancy. In fact, it only increases the chance of pregnancy by approximately 3-5%, compared to transferring a single embryo.

For most women having IVF, transferring one embryo is just as successful as transferring multiple embryos and your chance of having a multiple pregnancy is much lower. Bear in mind that sometimes the highest quality embryo is selected for eSET, which can have a slight impact on birth rates.

Should I transfer 2 embryos?

Many patients undergoing a day 3 embryo transfer still have very good pregnancy success rates but may end up transferring more than one embryo. If a patient is able to proceed with a day 5 transfer, it may be recommended to transfer only one embryo to reduce the high likelihood of a multiple pregnancy.

Read more about : is surrogacy allowed in iran?

Can 2 embryos implant at different times?

Yes. However for this to occur, a second egg must be released and also be fertilized within the same cycle before which a hormone triggered by the implanting will be released to void further impregnation. The window of conception can be as wide as 24 days. In rare cases, two eggs can be fertilized at different times during two or more acts of sexual intercourse, resulting in fraternal twins with two different fathers, called bipaternization. Monozygotic, or identical twins, occur when one fertilized egg splits into two separate embryos.

Read more about : Type of Infertility Treatment in Iran

10 common questions about What happens when two embryos are transferred

1Does transferring two embryos increase chance of pregnancy?
Implanting two embryos can reduce IVF success by a quarter if one of the embryos is of poorer quality, new research suggests. ... When a good quality embryo was transferred at the same time as a poorer quality one, the chance of pregnancy was reduced by 27 percent compared with transferring a single good quality embryo
2Is it safe to transfer 2 embryos?
Why a 2 Embryo Transfer is Best! There has been a big push in the country to transfer only one embryo, mainly to avoid the risks of twins. So, if a patient has four embryos, the recommendation would be to transfer one at a time, until all four embryos would be transferred; as opposed to doing two transfers of two each
3Is it better to transfer one or two embryos?
IVF pregnancy less successful with two embryos, study finds. Implanting two embryos during IVF can cut the chance of becoming pregnant by more than a quarter if one of the embryos is in a poorer state of health, new research suggests.
4What are the chances of twins with two embryo transfer?
The IVF and twins statistics are on an all-time high because in the past when two or three embryos were transferred, the rate of twin pregnancy came to 40%. The implantation rate is at 90% meaning the implantation gives a higher rate in the ability to have twins
5Can I have 2 embryos transferred?
Yes, multiple pregnancy rates are higher for double blastocyst transfers compared to double cleavage transfers. The risk of having a multiple pregnancy with either a blastocyst or cleavage transfer is reduced to less than 2% if you have only one embryo put back.
6Is 2nd cycle of IVF more successful?
IVF Success or Failure – What If You Need a Second IVF Cycle? ... Women with the best chances of IVF success have rates of 40 percent or more per cycle, while the majority of women have per-cycle success rates of 20 to 35 percent, according to RESOLVE, the National Infertility Association
7How many embryos should we transfer?
How many embryos should be transferred? The number of embryos that should be transferred during any single IVF cycle is subject to debate. Medical experts and writers seem to agree that transferring no more than four embryos per IVF cycle will yield optimal results
8Can 2 embryos implant at different times?
Twins can occur if both embryos implant and develop successfully. Multiple pregnancies carry additional risks, so the healthcare professional will usually limit the number of embryos that they transfer to the woman's womb to reduce the chance of a pregnancy with twins, triplets, or more
9Can poor quality embryos implant?
Many studies have shown a strong association between embryo morphology, implantation, and clinical pregnancy rates. In theory, the poor quality embryo has potential for a successful pregnancy. ... However, once a clinical pregnancy was achieved, it had a similar chance of reaching live birth as a high quality embryo.
10Can you choose how many embryos to transfer?
60% of IVF Twin Deliveries Preterm According to a 2009 CDC report: About half of IVF procedures in the U.S. involve the transfer of two embryos, 23% involve three, and around 10% involve four or five embryos. Close to 1 in 3 IVF births involves twins