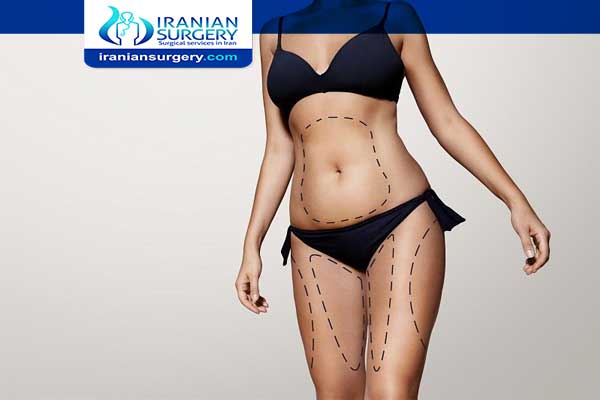 Which is better laser lipo or CoolSculpting?

Read more about : Liposuction and tummy tuck , before and after surgery videos

. Laser liposuction is a minimally invasive cosmetic procedure that uses a laser to melt away fat under the skin. It’s also called laser liposuction.

. CoolSculpting is a noninvasive cosmetic procedure that uses a cooling applicator to freeze away fat beneath the skin.

. Laser lipo and CoolSculpting are safe and effective treatments for fat removal.

. Both have minimal possible side effects.

. Laser lipo might require a few days of downtime.

. After a CoolSculpting procedure, you may return to your normal activities the same day.

. Both procedures are effective.

. Results are permanent when a healthy weight, diet, and lifestyle are maintained.

Comparison between CoolSculpting and Laser lipo

CoolSculpting is a noninvasive fat-reduction procedure that works to freeze fat cells.

Your clinician will place the CoolSculpting applicator on the area they’re going to treat. It’ll likely feel very cold for the first several minutes, and you may feel a sucking or pulling sensation. Then, the area will become numb while the treatment is performed.

Laser lipo can be performed in your doctor’s office under local anesthesia. No general anesthesia is required. It’s a safe option for people with different skin types and causes few side effects.

You’ll be awake during the procedure. Your clinician will numb the area with a needle and local anesthetic so you don’t feel discomfort.

They’ll make a small incision and insert a tiny laser under the skin that liquefies the fat. Then your clinician will insert a tiny tube, called a cannula that sucks the melted fat out from beneath the skin.

Many people who opt for laser lipo don’t experience a long period of downtime after the procedure, particularly when the site is small.

Most clinicians recommend a few days of downtime before returning to work and around three weeks before participating in strenuous activities.

Swelling, bruising, and pain is minimal after laser lipo. For many people, the skin might also be firmer or tighter after the procedure. This is because the laser treatments can promote the production of collagen.

The overall effect is to eliminate the stubborn pocket(s) of fat, whilst rejuvenating the appearance of the skin over the treated area and making it appear smoother and tighter after the fat has been removed.

As a non-invasive procedure, Coolsculpting is very safe. Other advantages include:

. Little risk to the patient

. The immediate availability to return to work

. The permanent removal of fat cells in the targeted area

Benefits of using a laser to break down the fat cells include:

. Collagen produced to tighten the skin

Comparing the side effects

Common side effects of CoolSculpting include:

. A pinching or tugging sensation during treatment

A less frequent side effect may occur in certain people called paradoxical adipose hyperplasia. Instead of dying and shrinking away, treated fat cells at the site get bigger.

While this side effect isn’t dangerous, it’s a serious cosmetic concern. If it occurs, the enlarged fat cells don’t shrink or disappear on their own. Traditional liposuction is necessary to treat this condition.

Common risks and side effects of laser lipo include pain or numbness in the treatment area, discomfort, and loose or discolored skin. Some people experience burning under the skin after their session. If this lasts more than a few days, it could be a sign of liquid buildup and can be treated by your doctor.

Other people may notice dimpled or lumpy tissue in the treatment area. This may be a temporary result of swelling or could be a more semi-permanent result. If you still have dimpled skin six weeks after the treatment area, consult your doctor.

In rare cases, some people develop:

. Scar tissue under the skin

. Infection at the site

How long does each procedure take?

There is no recovery time necessary for CoolSculpting. One session takes about an hour. You’ll need a few sessions spread out over several weeks to achieve the best results, though you will start to see initial results a few weeks after your first session.

Most people see the full results of CoolSculpting three months after their last procedure.

On average, laser lipo sessions take about one hour per area. They may last a little longer depending on the area receiving the procedure.

You may see results within about a week after your session, but results will gradually appear over two to six months. You should only need one treatment to experience full results.

Who is a good candidate?

Who is Coolsculpting right for?

Coolsculpting is an excellent option for patients who:

. Have limited or small areas where they wish to target fat bulges

. Want to avoid surgery or anesthesia

CoolSculpting is safe for most people. However, those who have the blood disorders cryoglobulinemia, cold agglutinin disease, or paroxysmal cold hemoglobulinuria should avoid CoolSculpting because it could trigger serious complications.

Who is Laser lipo right for?

You may be a suitable candidate for laser lipo if:

. You are in good psychological and physical medical health

. You have a positive outlook and realistic expectations of what can be achieved via laser lipo.

. You are seeking to improve the contours of your body

. You are seeking to rejuvenate the appearance of your overlying skin

. You are looking for longer lasting results

. You are looking to avoid invasive liposuction surgery / having a general anaesthetic.

Who is not a good candidate?

Who is not a Good Candidate for CoolSculpting?

Don’t undergo CoolSculpting if you’re pregnant, breastfeeding, or have:

. A current or past hernia in or near the treatment area

. Numbness or lack of feeling in the skin

. A pacemaker or defibrillator

. Poor circulation in or around the treatment area

. Scar tissue in the treatment area

Also don’t undergo CoolSculpting if you’ve recently had surgery or use anticoagulant medication.

Who is not a Good Candidate for laser lipo?

Don’t undergo laser lipo if you’re pregnant, breastfeeding, menstruating heavily, or if you have:

. A pacemaker or defibrillator

. Abnormal tissue growth, such as being prone to keloid scarring

. Heart disease or other heart conditions

. Liver disease or other conditions

Also don’t undergo laser lipo if you’ve recently had surgery or take anticoagulants or medications that make you light-sensitive.

How long is the recovery period?

CoolSculpting is a nonsurgical procedure and, as such, offers patients a quick recovery, minimal associated discomfort and a low risk of complications. Typically, patients can resume normal activities immediately following the procedure. Occasionally, patients will have experience redness, minor bruising, tingling, numbness or discomfort in the treated area. These signs and symptoms can be expected to resolve quickly.

Compared with laser lipo, the recovery process after CoolSculpting is generally shorter and simpler. There are no incisions, so there are no external wounds that need to heal.

Although the recovery time for laser liposuction is quicker than it is for other types of procedure, most doctors will still recommend that the person rest and avoid activities that may strain the area.

This helps prevent complications such as torn stitches, which can extend recovery time.

CoolSculpting reduces fat by approximately 23 percent with each treatment. Research shows it’s safe and effective. Some people may need more than one treatment to see best results.

If you choose laser lipo, you’ll start to see fat-reduction results almost immediately. Results will be more visible once any bruising or swelling has gone down. While you’ll see changes to the site within the first week, it could take up to six months to see the full benefits of the procedure

CoolSculpting cost varies based on which and how many body parts you choose to have treated and of course the number of probes used for treatment and it usually costs between $100- 200 per probe.

The cost of laser lipo will depend on the amount of body fat you intend to have removed. The larger the area you wish to have treated, the more expensive the laser liposuction will be.

The cost of laser liposuction is between $1200-1700 per area, although many clinics offer discounts if more than one area requires treatment. Prices will be dependent on the reputation of the clinic and surgeon carrying out the procedure, geographical location and the part of the body that you want to be treated.

1Does Laser Lipo permanently remove fat?
Unfortunately, it is possible for fat to return after liposuction... if you allow it to come back. In general, the more weight gained by a patient after liposuction, the less dramatic their results will be. Fat will not return (and ideal results will remain intact) if the patient maintains their "post-lipo weight."
2What is the difference between Smart Lipo and CoolSculpting?
Smart liposuction is a surgical procedure that removes excess fat deposits from under the skin, slimming and reshaping specific areas of the body. CoolSculpting is for fat reduction using a non-invasive cooling technique called Cryolipolysis to freeze localized fat
3What is Laser Lipo?
i-Lipo™ is an FDA approved technology used as a safe, non-invasive dermatological aesthetic treatment for the reduction of circumference of hips, waist, and thighs. This is a non- invasive laser weight loss treatment that shrinks fat cells beneath the skin
4Does Laser Lipo tighten skin?
Laser liposuction melts fat, results in tighter skin. ... Additionally, the laser causes the collagen to contract, which tightens the skin. This tightening alleviates the fear of skin sagging, a common complaint after standard liposuction. Laser lipolysis also enables the removal of more fat than standard liposuction
5How much fat can laser lipo remove?
Right now, surgeons follow guidelines that set a maximum extraction limit of 5,000 milliliters of fat (11 pounds) for all patients, regardless of variations in weight or body fat status. But the new study suggests surgeons could use a patient's body mass index (BMI) to determine how much fat extraction is safe
6How long does laser fat removal last?
The procedure, which lasts about 40 minutes, should be done at least six times every other day to be effective, according to the company website. If more than 72 hours lapses between treatments, the fat cells may take up the fat again, the website says
7What can you eat after laser lipo?
In order to maintain good results after liposuction, you should incorporate more fruits, vegetables, whole grains, and lean protein into your diet, while reducing the intake of sugars, simple carbohydrates, and saturated fats.
8Does laser liposuction really work?
Laser lipolysis can be effective on its own for fat removal. However, integrating laser lipolysis with traditional liposuction generally produces the best results for tightening and shrinking skin. ... “This is especially true for individuals who want to lose abdominal fat, but also need the skin to retract.
9How effective is cool sculpting?
The U.S. Food and Drug Administration has certified CoolSculpting as a safe medical treatment. CoolSculpting has many benefits over traditional liposuction. ... And it's effective in reducing fat cells in a given treatment area by up to 20 to 25 percent.
10Can ice packs reduce belly fat?
Simply strapping an ice-pack to a fatty area like the thighs or stomach for just 30 minutes can burn away hard-to-shift calories. The cold compress works by triggering the body into turning flabby white fat into calorie burning 'beige' fat. ... Alternatively, brown fat is used by the body to generate heat.