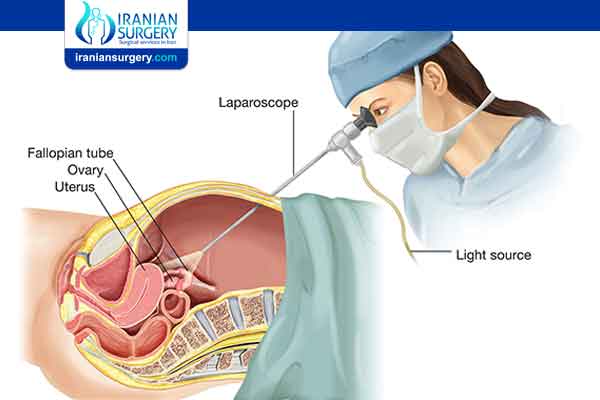 How much does Laparoscopic Surgery Cost?

The cost of Laparoscopic surgery in Iran starts from $200.

The factors that determine the cost of Laparoscopic surgery but not limited to are:

. Age of the patient

. The medical condition of the patient

. Post-surgical complications that are involved

. Admission room that you opted for

. Any other lab tests or examination tests such as X-ray, ECG, etc.

1Is laparoscopic surgery more expensive?
Conclusions. Laparoscopic cholecystectomy, considered the standard surgery for treating gallbladder diseases, is cheaper than open cholecystectomy. Laparoscopic appendectomy and sigmoidectomy are safe methods of minimally invasive surgery, slightly more expensive than open operations
2Which is better open surgery or laparoscopy?
CONCLUSIONS: Laparoscopic surgery has demonstrably better quality-of-life outcomes than open surgery for cholecystectomy, splenectomy, and esophageal surgery. However, open hernioplasty has at least as good, if not better, health status outcomes than laparoscopic repair.
3How long does it take to recover from laparoscopic surgery?
Your Recovery This is common. You should feel better after 1 to 2 weeks. This care sheet gives you a general idea about how long it will take for you to recover. But each person recovers at a different pace.
4How many days rest is required after laparoscopy?
The discomfort should go away within a couple of days. You can usually resume all normal activities within a week. You'll need to attend a follow-up appointment with your doctor about two weeks after laparoscopy
5Is laparoscopic surgery dangerous?
Although patients tend to think of laparoscopic surgery as minor surgery, it is major surgery with the potential for major complications – visceral injury and bleeding, injury to the bowel, or injury to the bladder
6Do laparoscopy scars go away?
Most incisions look red at first but fade over time so the scar is hardly noticeable. However, sometimes people develop a thicker type of scar that has extra fibrous tissue — this is called a “keloid scar”. What can I do to make sure my incision heals well? It takes up to a year for the incision to totally heal
7Is laparoscopic surgery covered by insurance?
Although most cosmetic surgery is not covered by insurance, certain operations are typically deemed medically necessary when they're done in conjunction with health-improving surgery
8What are the disadvantages of laparoscopic surgery?
There are not many disadvantages. Laparoscopic surgery requires that patients undergo a general anesthetic or be “put to sleep,” which means patients are hooked to a breathing machine during surgery. This may cause a sore throat after the operation. ... Overall, patients have much less pain
9Can you die during laparoscopy?
Serious risks include: damage to bowel, bladder, uterus or major blood vessels which would require immediate repair by laparoscopy or laparotomy (uncommon). ... death; three to eight women in every 100 000 undergoing laparoscopy die as a result of complications (very rare)
10What is the benefit of laparoscopy?
In patient terms, laparoscopic surgery has the advantages of avoiding large open wounds or incisions and thus of decreasing blood loss, pain and discomfort. Patients have fewer unwanted effects from analgesia because less analgesia is required. The fine instruments are less apt to cause tissue trauma and blood loss.