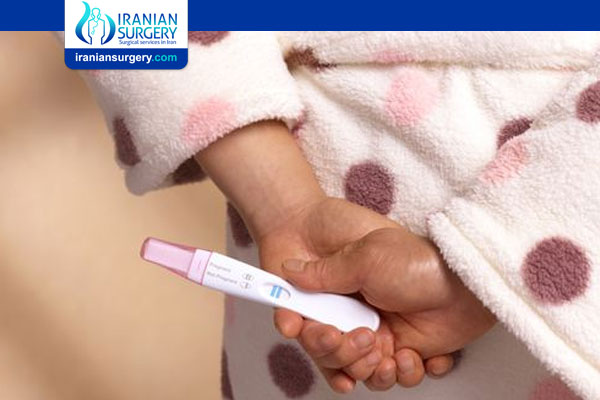 What is the Human Chorionic Gonadotropin (hCG) Blood Test?

The human chorionic gonadotropin (hCG) blood test measures the level of hCG hormone present in a sample of your blood.

hCG is produced during pregnancy. Your doctor may refer to the hCG blood test by another name, such as the:

There are important differences between hCG blood tests and the hCG urine tests that you can purchase over the counter.

Urine tests can be influenced by factors such as dehydration and the time of day that you test, while an hCG blood test can provide conclusive results even in cases where hCG levels are quite low.

What is human chorionic gonadotropin (hCG)?

During pregnancy, cells in the developing placenta make hCG. The placenta is the sac that nourishes the egg after it’s fertilized and attaches to the uterine wall.

hCG levels then decline and level off, remaining steady for the rest of the pregnancy.

Why is the hCG blood test performed?

The hCG blood test is performed to:

. Determine the approximate age of the fetus

. Diagnose an abnormal pregnancy, such as an ectopic pregnancy

. Screen for Down syndrome

The hCG blood test is sometimes used to screen for pregnancy before you undergo certain medical treatments that could potentially harm a developing baby. Examples of these treatments include X-rays.

If an hCG test concludes that someone is pregnant, healthcare professionals can ensure that they’re protected and that the fetus isn’t harmed by those medical treatments.

Are there reasons besides pregnancy for hCG testing?

Beta hCG is considered a tumor marker, which means it’s a substance that’s excreted by some kinds of tumors. That’s why, in some cases, the hCG blood test may also be used to evaluate and manage certain types of cancer.

Cancers that can cause higher-than-normal hCG levels include:

. Cancer of the uterus, or choriocarcinoma

Noncancerous conditions, such as cirrhosis, ulcers, and inflammatory bowel disease (IBD), can also result in hCG levels being elevated.

Your doctor may order this test as part of a series of lab tests to identify the cause of certain symptoms.

Although hCG is closely associated with pregnant women, the hormone can also be present in men. An hCG blood test can indicate that a man has testicular cancer.

If a man detects a lump in one of his testicles, or if a doctor suspects that he’s at risk for testicular cancer, the test can be used to see if hCG is present.

If hCG is present in a man’s blood, further testing will be needed to determine the cause.

What risks are associated with the hCG blood test?

Risks involved with having blood taken are minimal.

There may be a small amount of bruising where the needle was inserted. This can be minimized by applying pressure to the area for several minutes after the needle is removed.

In very rare cases, the following may occur:

. Hematoma, which happens when blood accumulates under your skin

. Infection at the needle site

How is the hCG blood test performed?

The quantitative test measures the level of hCG hormone in a blood sample.

A healthcare professional takes a blood sample by following these steps:

While the needle is being inserted, you may feel a brief stinging or pinching sensation, or you may not feel anything at all.

When the needle is in the vein, you may feel minor discomfort or stinging. Afterward, you may experience some mild throbbing at the puncture site.

After your hCG levels have been measured in the blood sample, the results are sent to your doctor. They may request an appointment with you to discuss the results of the test.

No particular preparation is required for the hCG blood test.

What do my hCG blood test results mean?

When your lab test comes back, your doctor will tell you what your hCG levels are. These levels are measured in milli-international units of hCG hormone per milliliter of blood (mIU/mL).

This table shows the normal hCG levels during pregnancy for each week from your last menstrual period, according to the Australian government’s pregnancy resource Pregnancy, Birth, and Baby.

Normal hCG levels in nonpregnant women are less than 10.0 mIU/mL.

If your hCG levels are outside of the normal range, it could mean a variety of things. Your doctor will help you interpret the results.

Levels of hCG that are lower than normal could mean:

. A miscalculation of pregnancy dating

. A possible miscarriage or blighted ovum

Levels of hCG that are higher than normal could mean:

. A miscalculation of pregnancy dating

. A molar pregnancy, when an abnormal mass forms inside the uterus after fertilization instead of a normal embryo

. A multiple pregnancy, such as twins or triplets

No test is 100 percent accurate every time.

The hCG test can give both false-negative results and false-positive results for pregnancy. Your doctor will help you figure out your results or perform follow-up testing if there’s any doubt.

Certain medications, including those that contain hCG, can interfere with hCG blood test results. These include fertility drugs such as Profasi, Pregnyl, and Pergonal.

Test results can also be influenced by the presence of germ cell tumors. Germ cell tumors can be cancerous or benign, and they’re usually found in the reproductive organs. These tumors grow in the same cells as your eggs or sperm.

A high hCG level in absence of pregnancy could indicate that your doctor needs to do more testing to see if cancer is a factor.

If an hCG test comes back negative, that generally means you’re not pregnant.

However, if the test was performed too early in the pregnancy, before your body has had time to produce enough hCG, you can get a false negative.

If there’s a false-negative test result, the test indicates that a woman isn’t pregnant, when in fact she is.

Because hCG levels change so quickly during early pregnancy, the hCG blood test should be repeated within 48 to 72 hours to observe how the hormone level is changing.

On the other hand, hCG can be present in some nonpregnant conditions, potentially causing a false-positive hCG pregnancy test.

If there’s a false-positive test result, the test indicates that a woman is pregnant, when in fact she isn’t.

It’s also possible to get a false-positive result if your body produces certain types of antibodies that have fragments of the hCG molecule, or if there were errors in the lab.

If there’s any doubt about the results, a different testing method can be used to confirm.

Talk to your doctor

Don’t panic if your numbers don’t match the “normal” levels exactly. These figures are estimates, and you can have hCG levels that are lower than normal and still have a healthy baby.

You’ll receive an ultrasound around six weeks, which is considered much more accurate than your hCG numbers.

If there’s reason to be concerned about your pregnancy, multiple hCG readings done a couple of days apart will be used to assess your situation.

Numbers can vary, so it’s important to listen to your doctor concerning the health of your pregnancy. Your doctor will check your hCG levels if they detect a problem.

Ask questions if you’re concerned about something, and let them know immediately if you’re experiencing any problems.