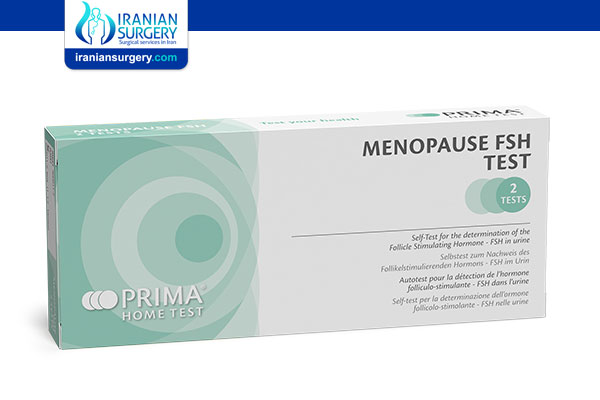 What is a Follicle-Stimulating Hormone Level Test?

Follicle-stimulating hormone (FSH) is an important part of the reproductive system. It’s responsible for the growth of ovarian follicles. Follicles produce estrogen and progesterone in the ovaries and help maintain the menstrual cycles in women. In men, FSH is a part of the development of the gonads as well as sperm production.

The FSH test measures the level of FSH found in your blood. Your doctor will order an FSH test to find the underlying cause of symptoms affecting the reproductive system.

The Purpose of the FSH Level Test

An FSH test is a simple blood test. Women might be asked to have this test done at a specific point in their menstrual cycle, usually the first couple of days.

In women, the most common reasons for an FSH test include:

. Diagnosing disorders of the pituitary gland or diseases involving the ovaries

In men, an FSH test may be done to:

What Should My Doctor Know Before I Take the Test?

You should also discuss any existing medical disorders with your doctor, such as the following:

These conditions may be associated with FSH levels.

What Risks Are Associated with the Test?

With any procedure, a small amount of risk is involved. Slight risks include:

. Vasovagal syncope, or fainting at the sight of blood

. Redness at the needle site

What Happens During the Test?

The test for the FSH level is simple and involves the following steps:

FSH levels vary based on gender and age. They also vary depending on where a woman is in her monthly cycle. Each lab has a slightly different reference range. You should discuss your results with your doctor.

If you’re a woman with high FSH levels, this may indicate:

. A loss of ovarian function, or ovarian failure

. Polycystic ovarian syndrome, which is a condition in which a woman’s hormones are out of balance, causing ovarian cysts

. A chromosomal abnormality, such as Turner’s syndrome that occurs when part or all of one of a woman’s X chromosomes is missing

An increase in FSH may also indicate a reduction in the production of good quality eggs and embryos for fertilization. A common reason for this is your age. As you age, your fertility starts to decline and fewer eggs mature in your ovaries. The quality of the eggs that remain is lower than during earlier years.

The FSH test may be used with other tests that look at the levels of luteinizing hormone, estradiol, and progesterone to determine a woman’s ovarian reserve. The term “ovarian reserve” refers to a woman’s age-related fertility potential. A high FSH level means your chances of becoming pregnant may be lower than expected for your age. This doesn’t mean you have no chance of conceiving, but you may have more difficulty and need infertility treatment.

If you’re a man with high FSH values, this may indicate:

. Klinefelter’s syndrome, which is a rare condition in men caused by an extra X chromosome that can affect male development

. Testicles that are absent or not functioning properly

. Testicles that have been damaged by a disease such as alcohol dependence

. Testicles that have been damaged by treatments such as X-rays or chemotherapy

High FSH levels in children may mean that puberty is about to start.

Low FSH values may indicate that:

. The hypothalamus or pituitary gland, which are the hormone control centers in the brain, aren’t functioning properly

. A tumor is interfering with the brain’s ability to control the production of FSH

Stress and being severely underweight can affect FSH values.