Read more Read :  Rhinoplasty surgery , Before and after surgery Videos

Read more about :  Gastric sleeve surgery, Before and after Photo after 3 months

Iranian surgery is an online medical tourism platform where you can find the best  Surgeons in Iran. The price of  surgery in Iran can vary according to each individual’s case and will be determined based on photos and an in-person assessment with the doctor. So if you are looking for the Best hospital in Iran, you can contact us and get free consultation from Iranian surgery. 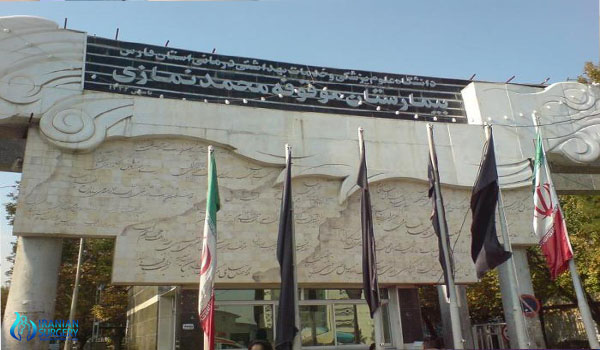 Namazi Hospital is a hospital in Namazi Square, Shiraz, Iran. It was founded by Mohammad Namazi in 1950. Mohammad Namazi founded this hospital with 22 residential villas for physicians in 1950. It was later extended in 1975 and a polyclinic building, a 6 storey parking and some affiliated buildings were constructed. 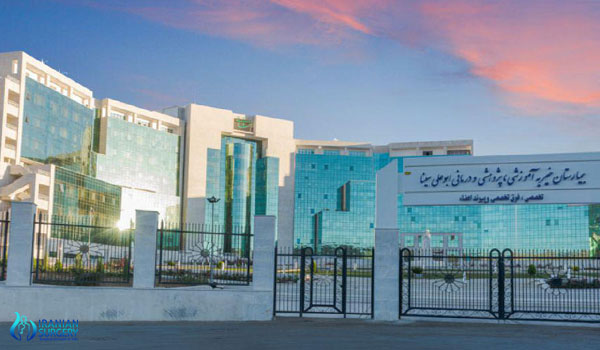 Kidney's transplant wards and training centers growths dramatically, in Iran and now in the country 25 centers of kidney's transplantation is active and each year about 1600 kidneys transplant is perform. The largest kidney transplant center starts their activity after revolution during the Iraq - Iran war while the Iran was under the sanctions and supplying the dialysis devices with commercial limitation was very difficult, and during this time there was no rule for transplantation form the cadaver and supplying the kidney form the abroad was impossible,  hence the living donor kidney transplantation was unavoidable and this program was the only solution of the problem. Prohibition of transplantation of the foreigner from Iranian live donor, paying the government to the donors and physicians, limitation protocol for donation of living unrelated donors by scientific associations is the characteristic of the Iranian model. The process of donation is organized by kidney disease support foundation which is an nongovernmental organization (NGO).  By August 2008, in Iran has performed 504 liver, 159 heart, 23 lung, 2378 bone marrow, 33,638 cornea, and 23,270 kidney transplantations. 82%; Sources of these donations were living-unrelated donor, cadaver, 10%; and living-related donor, 8%. The 3-year renal transplant patient survival rate was 92.9%, and the 40-month graft survival rate was 85.9%. The transplantation program is curently getting expanded through the construction of the Avi-Cenna (Abou Ali Sina) Transplant Hospital in Shiraz. 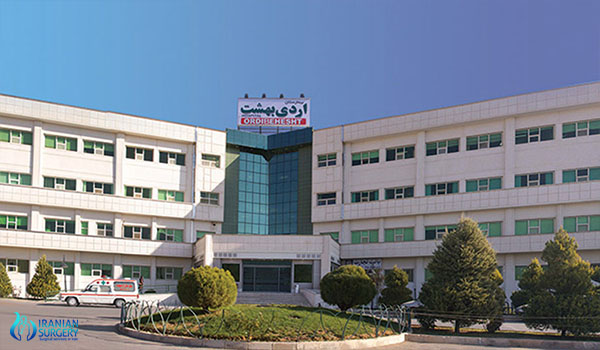 Ardibehesht Shiraz Specialized and Specialized Hospital, with well-trained and skilled management, along with sympathetic and trained personnel, equipped with the latest facilities and advanced technology of the world, ready to serve all patients from all over the world, especially the Persian Gulf countries. ... 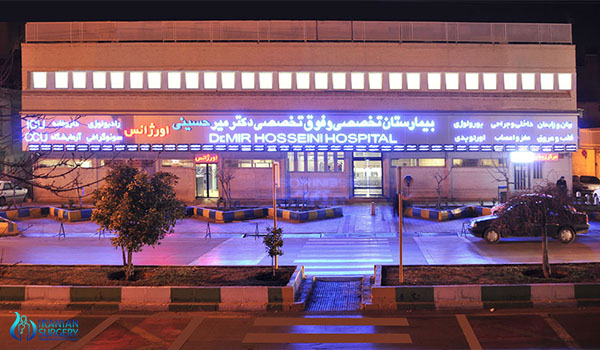 Mir Hosseini Hospital was established in 2008 with the help of Dr. Seyed Mashaaullah Mir Hosseini and his wife, Dr. Shahin Movahed, with four hospital beds on Higgart Street. Initially, emergency and office units were created and during the 5 year maternity ward. During the construction period, the hospital officials also developed and equiped the ICU and the paraclinical departments. The hospital is now one of the best hospitals in the city of Shiraz, taking advantage of the existing potential and is proud to serve its dear friends on the basis of its brilliant history and good name. Emergency Departments, Internal - Men & Women Surgery, Maternity, Operating Room & ICU with Internal Specialties, General Surgery, Gynecology, Urology, Orthopedics, Oral & Maxillofacial, Beauty, Cardiology, Ophthalmology, Neurosurgery They are responsive to the needs of clients around the clock. Paying attention to supply and demand and providing proper services in a desirable and hygienic environment in recent years has resulted in more than 90% of hospital interior renovations. 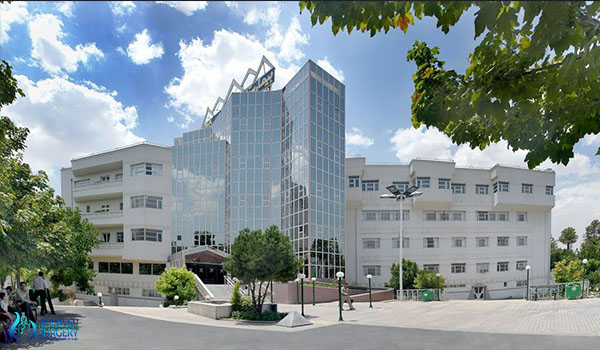 The atmosphere is fantastic,surrounded by lovely garden
But the stuff behavior isn't professional,
Although its is hospital,the human rights never be the first point for management 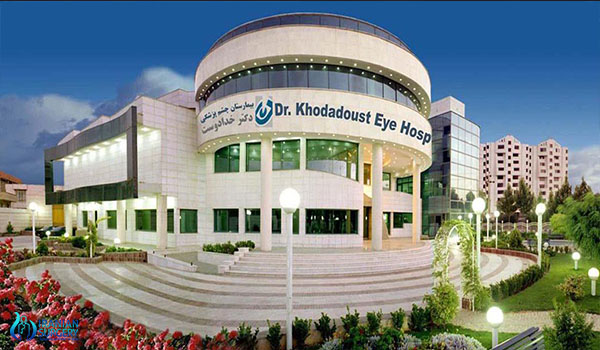 Khodadoust Eye Hospital aims to be one of the successful eye Hospital in the country in the next 5 years based on the principles of  patients’ health and safety with reserved moral obligations.

Khodadoust Eye Hospital also contributes to education and research programs to encourage and facilitate world-class teaching within the region.

We are committed to:

Improve the quality of health care by employing the expert doctors and efficient human resources. By implementing safty and health standards, we will provide the highest level of health care and ophthalmology surgical practice in Fars province. 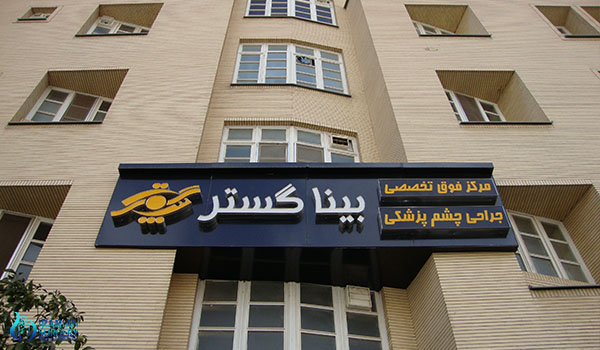 With the beginning of its new compound in 2007, other ophthalmology services such as advanced ‎surgeries and specialized diagnosis procedures have been implemented. ‎

In this clinic the latest and most advanced technical, ophthalmological equipment in medicine with ‎a staff of the most expert surgeons of the country are available and ready to respectfully help all ‎fellow countrymen patients as well as patients visiting from foreign countries.‎ 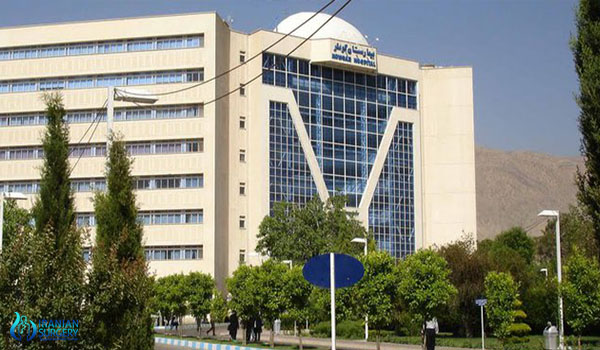 We take care of it all. The most critically ill patients, the most challenging medical problems. Minor illnesses—and chronic disease. The birth of healthy babies—and the healthy lives of older adults.

For more than a quarter of a century, Shiraz Kowsar Hospital has set the highest standard for health care—and reached and surpassed it year after year.

We are a not-for-profit, 300-bed medical center in the center of the nation’s cultural capital—and every day, hundreds of people in the region depend on us for their care. In the last 10 years alone, the hospital opened its door for nearly 1.5 million inpatient and outpatient visits by residents from throughout the South Iran. 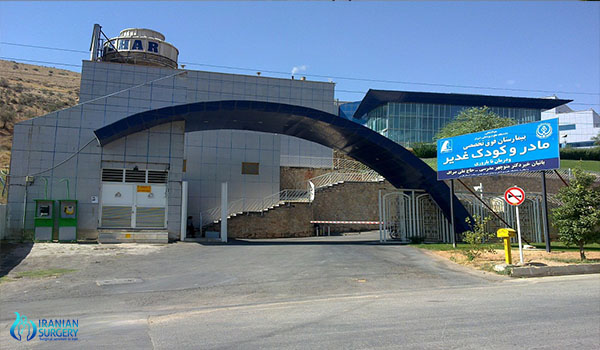 Shiraz Ghadir Mother and Child subspecialized Hospital is located on a land with an area of 44.396 m2, with 100 beds at one of the most scenic an fine climate area of Shiraz, which was inagurated in 2009.
It is one of the biggest centers for treatment of infertility and laparoscopy in south Iran, using the modern equipments, including high-tech microinjection, equipment and devices for laparoscopy operation, etc.