A dilation and curettage, also called a D & C or D and C, is a minor surgery that involves dilating or opening the cervix. The cervix is the opening to your uterus or womb. After dilating your cervix, your doctor uses a spoon-shaped object called a curette to remove tissue from the inner lining of your uterus.

The procedure occurs in a doctor’s office, a women’s health clinic, a day surgery center, or a hospital.

There are many reasons that a doctor might order this procedure. The most common are:

to determine the reason for heavy bleeding during or between your menstrual periods
to remove noncancerous tumors, or fibroids
to remove and examine potentially cancerous tumors
to remove infected tissue, which is often caused by a sexually transmitted disease called pelvic inflammatory disease (PID)
to remove tissue left behind in the womb after miscarriage or childbirth
to perform an elective abortion
to remove an intrauterine device (IUD), which is a form of birth control 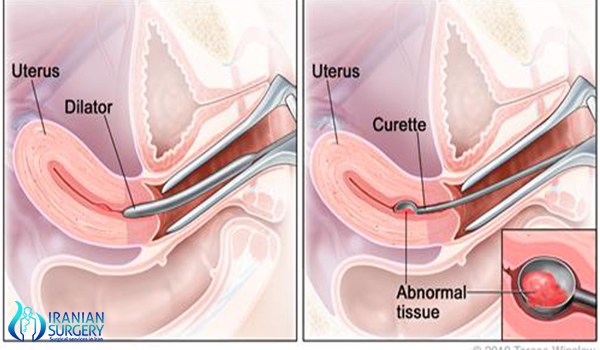 Dilation and curettage is usually very safe, and complications are rare. However, there are risks. These include:

Perforation of the uterus. Perforation of the uterus occurs when a surgical instrument pokes a hole in the uterus. This happens more often in women who were recently pregnant and in women who have gone through menopause. Most perforations heal on their own. However, if a blood vessel or other organ is damaged, a second procedure may be necessary to repair it.
Damage to the cervix. If the cervix is torn during the D&C, your doctor can apply pressure or medicine to stop the bleeding, or can close the wound with stitches (sutures).
Scar tissue on the uterine wall. Rarely, a D&C results in development of scar tissue in the uterus, a condition known as Asherman's syndrome. Asherman's syndrome happens most often when the D&C is done after a miscarriage or delivery. This can lead to abnormal, absent or painful menstrual cycles, future miscarriages and infertility.
Infection. Infection after a D&C is possible, but rare.
Contact your doctor if you experience any of the following after a D&C:

Before the dilation and curettage procedure in iran

Dilation and curettage may be performed in a hospital, clinic or your doctor's office, and it's usually done as an outpatient procedure.

Follow your doctor's instructions on limiting food and drink.
Arrange for someone to help you get home because you may be drowsy after the anesthesia wears off.
Clear your schedule to allow enough time for the procedure and recovery afterward. You'll likely spend a few hours in recovery after the procedure.
You should be able to resume your normal activities within a day or two.

In some cases, your doctor may start the process of dilating your cervix a few hours or even a day before the procedure. This helps your cervix open gradually and is usually done when your cervix needs to be dilated more than in a standard D&C, such as during pregnancy terminations or with certain types of hysteroscopy.

To promote dilation, your doctor uses a medication called misoprostol (Cytotec) — given orally or vaginally — to soften the cervix or inserts a slender rod made of laminaria into your cervix. The laminaria gradually expands by absorbing the fluid in your cervix, causing your cervix to open. 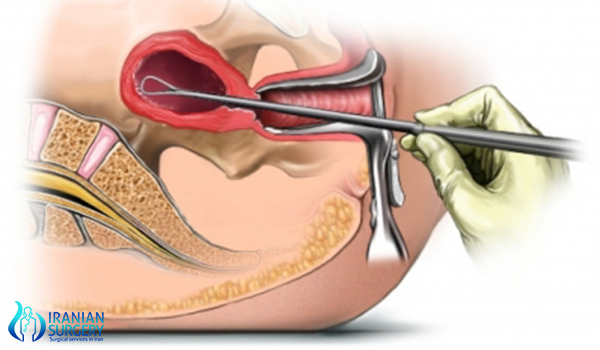 After dilation and curettage procedure

Call your doctor immediately if you have any of these symptoms after an abortion:

Severe bleeding. Both medical and surgical abortions usually cause bleeding that is different from a normal menstrual period. Severe bleeding can mean:
Passing clots that are bigger than a golf ball, lasting 2 or more hours.
Soaking more than 2 large pads in an hour, for 2 hours in a row.
Bleeding heavily for 12 hours in a row.
Signs of infection in your whole body, such as headache, muscle aches, dizziness, or a general feeling of illness. Severe infection is possible without fever.
Severe pain in the belly that is not relieved by pain medicine, rest, or heat
Hot flushes or a fever of100.4°F (38°C) or higher that lasts longer than 4 hours
Vomiting lasting more than 4 to 6 hours
Sudden abdominal (belly) swelling or rapid heart rate
Vaginal discharge that has increased in amount or smells bad
Pain, swelling, or redness in the genital area
Call your doctor for an appointment if you have had any of these symptoms after a recent abortion:

Bleeding (not spotting) for longer than 2 weeks
New, unexplained symptoms that may be caused by medicines used in your treatment
No menstrual period within 6 weeks after the procedure
Signs and symptoms of depression. Hormonal changes after a pregnancy can cause depression that requires treatment. 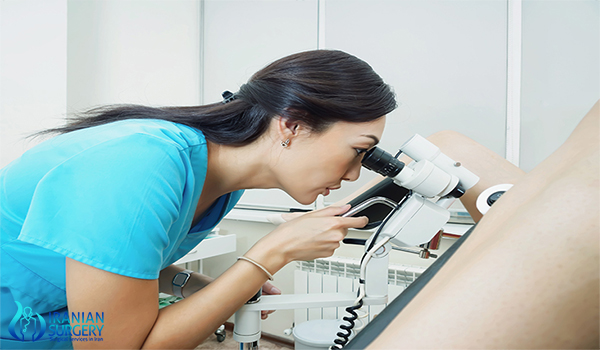 Recovery Process: How Long Does It Take To Heal?

Light bleeding is common after a D and C, so you’ll probably want to wear a menstrual pad. Don’t use a tampon because it could cause an infection. You may notice cramping for a few days. If your doctor doesn’t prescribe pain medication, ask them which over-the-counter brand will best help with your discomfort.

Even if it’s uncomfortable, get up and move around as soon as possible. This will keep your muscles strong and help prevent blood clots from forming in your legs.

You should be able to resume most of your routine within a day or two after the procedure. However, your doctor will ask you to refrain from taking a bath, douching, or having intercourse for at least three days and possibly longer.

If your doctor removes potentially cancerous tumors or materials, you’ll get a report from your doctor’s office on the laboratory findings. If the results are benign (noncancerous), you may not need a follow-up. If the results show cancerous or precancerous cells, your doctor will probably refer you to a specialist to talk about your next steps.

What is cost of D&C in Iran?

if you want to perform D&C procedure , "You pay a facility fee for where you have the procedure, you pay your doctor to do the procedure, you pay the anesthesiologist to give you anesthesia, you pay pathology to look at the tissue—the costs add up very fast.dilation and curettage cost in different countries starts from $3000,but you in Iran dilation and curettage costs starts from $430.

1Is a D&C painful?
You may feel a pinch and a sting with the injection. Once your cervix is numb, you won't be in any pain when your doctor dilates your cervix. However, you may experience some cramping in your uterus when the doctor removes the lining with a curette. A local anesthetic is an option in your doctor's office or a clinic.
2How long does it take to recover from a D&C?
Most women get their monthly period within 4 to 6 weeks after a D&C. The most common side effects are mild cramping and slight bleeding from the vagina (called spotting). These can last for a few days. If you have pain, you can take a pain-reliever.
3Is a D&C a major surgery?
The D&C is a safe procedure that is done for a variety of reasons. It is minor surgery performed in a hospital or ambulatory surgery center or clinic. ... A D&C allows removal of the uterine lining and examination of the tissue under a microscope by a pathologist. This can help establish the cause of the abnormal bleeding.
4Are you awake for a D&C?
If you have general anesthesia, you will not be awake during the procedure. If you have spinal or epidural (regional) anesthesia, you will not have feeling from the waist down. If you have local anesthesia, you will be awake and the area around you cervix will be numbed.
5How long are you out of work after a D&C?
After the D&C, you will need to arrange for a friend, partner or relative to take you home and stay with you for 24 hours. You should be able to return to work within two to three days.
6How long does it take for your cervix to heal after a D&C?
It is normal to have some spotting or light vaginal bleeding for a few days after the procedure. You may experience cramping for the first few days after a D&C. You may be instructed not to douche, use tampons, or have intercourse for two to three days after a D&C, or for a period of time recommended by your doctor.
7What should I eat after D&C?
Diet You can eat your normal diet. If your stomach is upset, try bland, low-fat foods like plain rice, broiled chicken, toast, and yogurt. Drink plenty of fluids (unless your doctor tells you not to).
8Can you have a D&C while bleeding?
D&C Procedure After a Miscarriage. ... The earlier you are in your pregnancy, the more likely your body will expel all the fetal tissue by itself and will not require further medical procedures. If the body does not expel all the tissue, the most common procedure performed to stop bleeding and prevent infection is a D&C.
9Does D&C affect future pregnancy?
There is no evidence it will affect future pregnancies. Studies have typically found that a D&C is not associated with any greater risk of pregnancy complications compared to women who haven't undergone the procedure.
10How do you know if you need a D&C?
With general anesthesia or light sedation, you may also feel drowsy for several hours. Normal side effects of a D&C may last a few days and include: Mild cramping. Spotting or light bleeding.