Success or failure of implants depends on the health of the person receiving the treatment, drugs which affect the chances of osseointegration, and the health of the tissues in the mouth. The amount of stress that will be put on the implant and fixture during normal function is also evaluated. Planning the position and number of implants is key to the long-term health of the prosthetic since biomechanical forces created during chewing can be significant. The position of implants is determined by the position and angle of adjacent teeth, by lab simulations or by using computed tomography with CAD/CAM simulations and surgical guides called stents. The prerequisites for long-term success of osseointegrated dental implants are healthy bone and gingiva. Since both can atrophyafter tooth extraction, pre-prosthetic procedures such as sinus lifts or gingival grafts are sometimes required to recreate ideal bone and gingiva.The final prosthetic can be either fixed, where a person cannot remove the denture or teeth from their mouth, or removable, where they can remove the prosthetic. In each case an abutment is attached to the implant fixture.

Where the prosthetic is fixed, the crown, bridge or denture is fixed to the abutment either with lag screws or with dental cement. Where the prosthetic is removable, a corresponding adapter is placed in the prosthetic so that the two pieces can be secured together.The risks and complications related to implant therapy divide into those that occur during surgery (such as excessive bleeding or nerve injury), those that occur in the first six months (such as infection and failure to osseointegrate) and those that occur long-term (such as peri-implantitis and mechanical failures). In the presence of healthy tissues, a well-integrated implant with appropriate biomechanical loads can have 5-year plus survival rates from 93 to 98 percent and 10 to 15 year lifespans for the prosthetic teeth. Long-term studies show a 16- to 20-year success (implants surviving without complications or revisions) between 52% and 76%, with complications occurring up to 48% of the time. 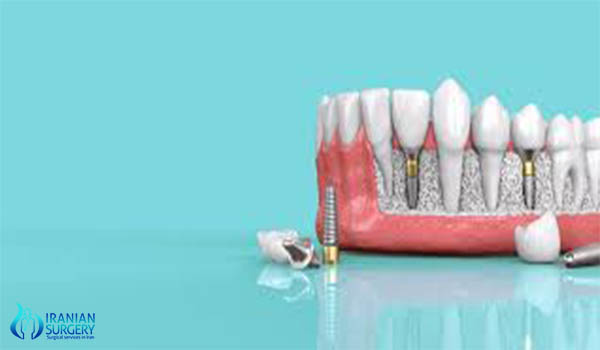 Planning for dental implants focuses on the general health condition of the patient, the local health condition of the mucous membranes and the jaws and the shape, size, and position of the bones of the jaws, adjacent and opposing teeth. There are few health conditions that absolutely preclude placing implants although there are certain conditions that can increase the risk of failure. Those with poor oral hygiene, heavy smokers and diabetics are all at greater risk for a variant of gum disease that affects implants called peri-implantitis, increasing the chance of long-term failures. Long-term steroid use, osteoporosis and other diseases that affect the bones can increase the risk of early failure of implants.It has been suggested that radiotherapy can negatively affect the survival of implants. Nevertheless, a systemic study published in 2016 concluded that dental implants installed in the irradiated area of an oral cavity may have a high survival rate, provided that the patient maintains oral hygiene measures and regular follow ups to prevent complications.[15]

The use of bone building drugs, like bisphosphonates and anti-RANKL drugs require special consideration with implants, because they have been associated with a disorder called Medication-associated osteonecrosis of the jaw (MRONJ). The drugs change bone turnover, which is thought to put people at risk for death of bone when having minor oral surgery. At routine doses (for example, those used to treat routine osteoporosis) the effects of the drugs linger for months or years but the risk appears to be very low. Because of this duality, uncertainty exists in the dental community about how to best manage the risk of BRONJ when placing implants. A 2009 position paper by the American Association of Oral and Maxillofacial Surgeons, discussed that the risk of BRONJ from low dose oral therapy (or slow release injectable) as between 0.01 and 0.06 percent for any procedure done on the jaws (implant, extraction, etc.). The risk is higher with intravenous therapy, procedures on the lower jaw, people with other medical issues, those on steroids, those on more potent bisphosphonates and people who have taken the drug for more than three years. The position paper recommends against placing implants in people who are taking high dose or high frequency intravenous therapy for cancer care. Otherwise, implants can generally be placed and the use of bisphosphonates does not appear to affect implant survival.

The long-term success of implants is determined, in part, by the forces they have to support. As implants have no periodontal ligament, there is no sensation of pressure when biting so the forces created are higher. To offset this, the location of implants must distribute forces evenly across the prosthetics they support.(pp15–39) Concentrated forces can result in fracture of the bridgework, implant components, or loss of bone adjacent the implant. The ultimate location of implants is based on both biologic (bone type, vital structures, health) and mechanical factors. Implants placed in thicker, stronger bone like that found in the front part of the bottom jaw have lower failure rates than implants placed in lower density bone, such as the back part of the upper jaw. People who grind their teeth also increase the force on implants and increase the likelihood of failures.The design of implants has to account for a lifetime of real-world use in a person\'s mouth. Regulators and the dental implant industry have created a series of tests to determine the long-term mechanical reliability of implants in a person\'s mouth where the implant is struck repeatedly with increasing forces (similar in magnitude to biting) until it fails.When a more exacting plan is needed beyond clinical judgment, the dentist will make an acrylic guide (called a stent) prior to surgery which guides optimal positioning of the implant. Increasingly, dentists opt to get a CT scan of the jaws and any existing dentures, then plan the surgery on CAD/CAM software. The stent can then be made using stereolithography following computerized planning of a case from the CT scan. The use of CT scanning in complex cases also helps the surgeon identify and avoid vital structures such as the inferior alveolar nerve and the sinus. 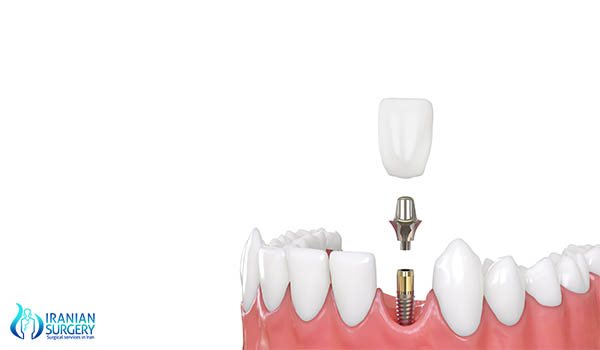 Most implant systems have five basic steps for placement of each implant:Soft tissue reflection: An incision is made over the crest of bone, splitting the thicker attached gingiva roughly in half so that the final implant will have a thick band of tissue around it. The edges of tissue, each referred to as a flap are pushed back to expose the bone. Flapless surgery is an alternate technique, where a small punch of tissue (the diameter of the implant) is removed for implant placement rather than raising flaps.Drilling at high speed: After reflecting the soft tissue, and using a surgical guide or stent as necessary, pilot holes are placed with precision drills at highly regulated speed to prevent burning or pressure necrosis of the bone.Drilling at low speed: The pilot hole is expanded by using progressively wider drills (typically between three and seven successive drilling steps, depending on implant width and length). Care is taken not to damage the osteoblast or bone cells by overheating. A cooling saline or water spray keeps the temperature low.Placement of the implant: The implant screw is placed and can be self-tapping, otherwise the prepared site is tapped with an implant analog. It is then screwed into place with a torque controlled wrench at a precise torque so as not to overload the surrounding bone (overloaded bone can die, a condition called osteonecrosis, which may lead to failure of the implant to fully integrate or bond with the jawbone).Tissue adaptation: The gingiva is adapted around the entire implant to provide a thick band of healthy tissue around the healing abutment. In contrast, an implant can be \"buried\", where the top of the implant is sealed with a cover screw and the tissue is closed to completely cover it. A second procedure would then be required to uncover the implant at a later date.

Timing of implants after extraction of teeth

1How painful is getting a dental implant?
Each individual's reaction is different but from experience, most patients have little to no discomfort. You can expect to feel some pain when receiving a dental implant. ... A dental implant requires that your dentist make incisions in your gums. You will receive local anesthesia to numb your mouth during the procedure.
2How long does it take to get a dental implant?
Placing a single implant may take as little as thirty minutes, while a complex surgery requiring multiple replacements can take more than 3–4 hours. After the implant is placed, the patient schedules a follow-up appointment several months later to allow the implant to properly heal and fuse with the jawbone.
3What is the downside of dental implants?
What are the disadvantages of dental implants? Dental implants have several disadvantages compared to other methods of replacing lost teeth. ... A single implant may cost up to $5000 (and your insurance may not pay for it). However, a dental implant usually lasts longer than other tooth-replacement methods.
4What are the negative effects of dental implants?
Infection at the implant site. Injury or damage to surrounding structures, such as other teeth or blood vessels. Nerve damage, which can cause pain, numbness or tingling in your natural teeth, gums, lips or chin. Sinus problems, when dental implants placed in the upper jaw protrude into one of your sinus cavities.
5Are you put to sleep for dental implants?
Having an implant is a surgical procedure which means anesthesia or sedation (oral or IV) will be used for your procedure. Though some may choose to stay awake during the procedure, many opt into sleeping for the sake of comfort and relaxation.
6an you get dental implants in one day?
Yes, it's true: you can get dental implants in one clinical appointment. Dental Associates offers a revolutionary dental implant technique that can immediately replace missing or failing teeth in as little as one day. ... Once the implants heal fully, they will be as strong as natural teeth.
7What is the failure rate of dental implants?
Dental implants have a high success rate, but some people experience dental implant failure. It's estimated that about 5 to 10 percent of dental implants fail, either shortly after a procedure or months or years later.
8Do dental implants last forever?
The short answer is that dental implants can last a lifetime. Here's the long answer. ... That isn't to say that dental implants work perfectly all the time, but recent studies have shown that dental implants have a 98% success rate (source). Many dentists conservatively estimate that implants will last about 25 years.
9Can you pay monthly for dental implants?
Dental Implant Monthly Payment Plans Bad Credit. Patients with bad credit history can also finance dental implants using monthly payment plans. ... If your finances are shaky, an option that dramatically lowers your costs may work out better in the end. You just have to wait.
10How long do dental implants take to heal?
Expect the site to heal over a week or two, but your jaw will continue to bond with the biocompatible implant posts for four to six months. Because each patient is unique, and everyone heals differently, it may take a little longer. You can wear a temporary prosthetic while your bone heals. 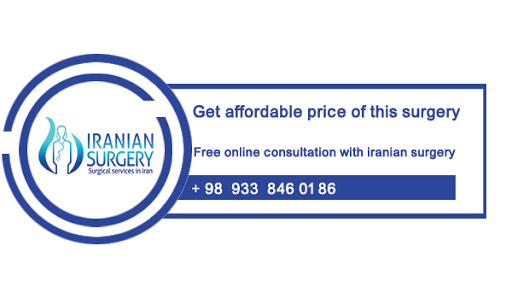