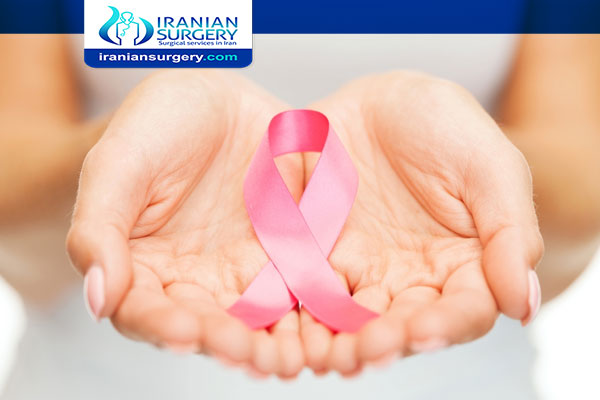 What is a Lumpectomy?

Lumpectomy is surgery to remove cancer or other abnormal tissue from your breast.

During a lumpectomy procedure, the surgeon removes the cancer or other abnormal tissue and a small amount of the healthy tissue that surrounds it. This ensures that all of the abnormal tissue is removed.

Lumpectomy is also called breast-conserving surgery or wide local excision because only a portion of the breast is removed. In contrast, during a mastectomy, all of the breast tissue is removed. Doctors may also refer to lumpectomy as an excisional biopsy or quadrantectomy.

Lumpectomy is a treatment option for early-stage breast cancer. Sometimes lumpectomy is used to rule out a cancer diagnosis. When a lumpectomy surgery is performed to remove cancer, it usually is followed by radiation therapy to the breast to reduce the chances of cancer returning.

Read more about : What is a Mastectomy?

The goal of lumpectomy is to remove cancer or other abnormal tissue while maintaining the appearance of your breast. Studies indicate that lumpectomy followed by radiation therapy is as effective in preventing a recurrence of breast cancer as removal of the entire breast (mastectomy) for early-stage breast cancer.

Your doctor may recommend lumpectomy if a biopsy has shown that you have cancer and that the cancer is believed to be small and early stage. Lumpectomy may also be used to remove certain noncancerous or precancerous breast abnormalities.

Your doctor may not recommend lumpectomy for breast cancer if you:

. Have a history of scleroderma, a group of diseases that harden skin and other tissues and make healing after lumpectomy difficult

. Have a history of systemic lupus erythematosus, a chronic inflammatory disease that can worsen if you undergo radiation treatments

. Have two or more tumors in different quadrants of your breast that cannot be removed with a single incision, which could affect the appearance of your breast

. Have cancer that has spread throughout your breast and overlying skin, since lumpectomy would be unlikely to remove the cancer completely

. Have a large tumor and small breasts, which may cause a poor cosmetic result

Read more about : What’s the Difference between Breast Augmentation and Breast Implants?

Who is a candidate for a lumpectomy?

Lumpectomy is typically recommended for women with newly diagnosed, early-stage breast cancers such as:

There are a few other factors that determine whether you are a good candidate:

. Your tumor is small relative to your breast size

. Your tumor is in one area of your breast

Risks and Side effects

Lumpectomy is a surgical procedure that carries a risk of side effects, including:

. Formation of hard scar tissue at the surgical site

. Change in the shape and appearance of the breast, particularly if a large portion is removed

You'll meet with your surgeon a few days before your lumpectomy. Bring a list of questions to remind you to cover everything you want to know. Make sure you understand the procedure and its risks.

You'll be given instructions about pre-surgical restrictions and other things you need to know. The surgery is usually done as an outpatient procedure, so you can go home the same day.

Tell your doctor about any medications, vitamins or supplements you're taking in case something could interfere with the surgery. In general, to prepare for your lumpectomy, it's recommended that you:

. Stop taking aspirin or other blood-thinning medication. Your doctor may ask you to stop taking it a week or longer before the surgery to reduce your risk of bleeding.

. Don't eat or drink 8 to 12 hours before surgery, especially if you're going to have general anesthesia.

. Bring someone with you. Besides offering support, another person is needed to drive you home and listen to postoperative instructions because it may take several hours for the effects of the anesthesia to wear off.

Locating the area to be removed

Your lumpectomy procedure begins with locating the area of your breast that contains the abnormality (localization procedure). To do this, a doctor who uses imaging tests to diagnose and treat diseases (radiologist) uses a mammogram or ultrasound to locate the tumor and insert a thin wire, needle or small radioactive seed. Your surgeon uses this as a guide to find the precise area that needs to be removed during surgery.

If you have a lump or mass in your breast that can be easily felt through the skin, the localization procedure may not be necessary because the surgeon can more easily find the abnormal area to be removed.

. Sentinel node biopsy. During this procedure your surgeon removes only the first one or two nodes into which the cancer drains (sentinel nodes). These are then tested for cancer. Your doctor may recommend this procedure if there are no concerns about enlarged lymph nodes prior to your surgery.

Before your surgery, a radioactive substance or blue dye or both is injected into the area around the cancer or the skin above the cancer. The dye travels to the sentinel node or nodes, allowing your surgeon to identify and remove them.

. Axillary lymph node dissection. During this procedure, the surgeon removes a number of lymph nodes from your armpit. Your surgeon may recommend this procedure if a lymph node biopsy done before surgery shows signs of cancer.

A lumpectomy is usually performed using general anesthesia, which will put you into a sleep-like state during the procedure.

The surgeon will then close the incisions with attention to preserving the appearance of your breast, using stitches (sutures) that will either dissolve on their own or be removed later by your doctor. Your surgeon may also place thin adhesive strips or use glue on the incision to keep it closed until it heals.

After your surgery, you'll be taken to a recovery room. During this time, your blood pressure, pulse and breathing will be monitored.

If you've had axillary lymph node dissection, you may need to stay in the hospital for a day or two if you're experiencing pain or bleeding.

. A dressing (bandage) over the surgery site

. Some pain, numbness and a pinching sensation in your underarm area

. Written instructions about post-surgical care, including caring for the incision and dressing and recognizing signs of infection.

. Prescriptions for pain medication and possibly an antibiotic

. Some restrictions of activity

. A follow-up appointment with your doctor, usually seven to 14 days after surgery.

How long does a lumpectomy take to heal?

Everyone heals at their own pace. You may find yourself extra tired right after surgery. Resting for a few days can give your body the time it needs to recuperate. Many people feel fully recovered two weeks after lumpectomy surgery.

The results of your procedure should be available in a few days to one week. At the follow-up visit after your surgery, your doctor will explain the results. If you need more treatment, your doctor may recommend meeting with:

. A surgeon to discuss more surgery if the margins around your tumor weren't cancer-free.

. A medical oncologist to discuss other forms of treatment after the operation, such as hormone therapy if your cancer is sensitive to hormones or chemotherapy or both.

. A radiation oncologist to discuss radiation treatments, which are typically recommended after lumpectomy.

. A counselor or support group to help you cope with having breast cancer.

Why should I get radiation after surgery?

Most people have radiation treatments after lumpectomy surgery to destroy any remaining microscopic cancer cells. This combination is a standard treatment option for women with breast cancer. . It effectively treats cancer while preserving more of how your breast looks and feels.

Research has shown lumpectomy plus radiation offers long-term survival rates that are similar to those who have a mastectomy (removal of the entire breast).

When should I call the doctor?

An infection near the incision site can be a serious health risk. You should call your healthcare provider right away if you have any of these symptoms in or near the affected breast:

. Fluid that builds up in or around the breast.

. Pain that gets worse after surgery.

1What is considered breast conserving surgery?
Breast-conserving surgery (BCS) is an operation to remove the cancer while leaving as much normal breast as possible. Some surrounding healthy tissue and lymph nodes are usually also removed. How much of the breast is removed depends on the size and location of the tumor and other factors.
2How long does a partial mastectomy surgery take?
2-3 hours During mastectomy surgery Mastectomy with axillary dissection can take 2-3 hours. If reconstruction is performed at the same time, surgery will take longer. Most mastectomy incisions are in the shape of an oval around the nipple, running across the width of the breast.
3How long is recovery after breast surgery?
Once the surgery is over, the recovery process begins. Because there are so many options as far as implant types, placement and incisions, recovery time varies widely. All patients generally need at least 2 days of rest after the procedure, followed by a period of several days of reduced activity.
4How long does it take to recover from lumpectomy and lymph node removal?
Most women can expect to resume their normal activities after one to two days. Women who undergo a sentinel lymph node biopsy or axillary dissection at the same time as lumpectomy can expect to return to normal activities by about two weeks after surgery.
5How will I feel after a lumpectomy?
For 1 or 2 days after the surgery you will probably feel tired and have some pain. The skin around the cut (incision) may feel firm, swollen, and tender, and be bruised. Tenderness should go away in about 2 or 3 days, and the bruising within 2 weeks. Firmness and swelling may last for 3 to 6 months.
6Can scar tissue turn cancerous?
The scar tissue carcinoma is a rare disease which arises from the floor of unstable scars, chronic fistulae, ulcera and radiation injuries. ... Compared to earlier findings it must now be stated that the development of cancer in stasis ulcera is more frequent than in burn scars or X-ray cancer.
7Is mastectomy major surgery?
First, a mastectomy is considered major surgery. ... In "a conventional mastectomy, you remove the breast tissue and the nipple with an incision," and this may be performed "in conjunction with a plastic surgeon to conduct an immediate reconstruction," she says.
8Is a mastectomy painful?
You will have some pain after breast surgery (lumpectomy, mastectomy or breast reconstruction). For most people, this pain is temporary. Pain right after surgery is usually due to injury to the skin or muscles.
9How long are you in hospital after a mastectomy?
The recovery time from a double mastectomy can vary from person to person, but it typically takes 4 to 6 weeks. Some surgeries involve removing the breast tissue but saving the nipple, while others remove the whole breast. More radical mastectomies also remove chest muscle and, rarely, the lymph nodes.
10What can I expect after breast reconstruction surgery?
Getting back to normal If implants are used without flaps, your recovery time may be shorter. Some things to keep in mind: Reconstruction does not restore normal feeling to your breast, but some feeling may return over a period of years. It may take up to about 8 weeks for bruising and swelling to go away.