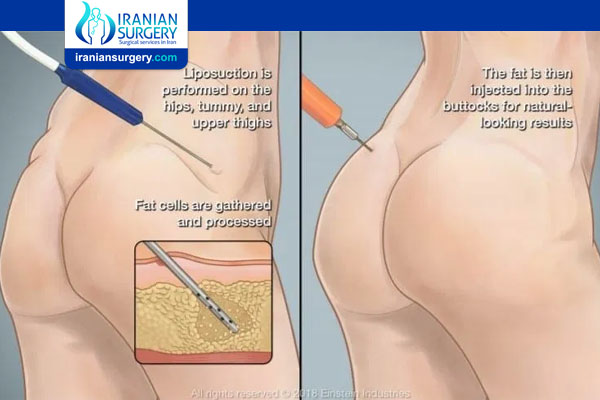 How Dangerous Is BBL Surgery?

Aside from healing, it's the actual surgery itself that concerns some. In 2018, the American Society of Plastic Surgeons estimated that the BBL death rate was 1 in 3,000, making it "a rate of death far greater than any other cosmetic surgery."

A BBL-gone-wrong can be fatal, with a 2015 study concluding that deaths are likely caused by damage to blood vessels during surgery, which allows fat to enter the bloodstream. The fat embolism causes a blockage of blood flow, which in some cases proves fatal.

Read more about : How long after lipo can i drink alcohol?

The plastic surgery industry does seem to be making moves towards improving standards for the BBL. In August 2018, the American Society of Plastic Surgeons created the Task Force for Safety in Gluteal Fat Grafting, which conducts research into the procedure and forms more rigid guidelines.

A 2020 study on the BBL death rate also indicated improvement, with the Aesthetic Surgery Education and Research Foundation estimating a rate of around 1 in 14,952 instead, if it is performed by a board-certified surgeon.

"We've been working to educate surgeons in hopes of improving the BBL mortality rate," said Dr. Luis Rios Jr., a board-certified plastic surgeon in Edinburg, Texas, and president of ASERF, to realself.com. "We felt it was our responsibility to follow up and see if we'd made an impact—and, it turns out, we have."

"The BBL has been going through the same unfortunate learning curve [as abdominoplasties]," said Dr. Constantino Mendieta to Real Self, "but it's starting to get a lot safer."

Despite indications, and certainly attempts, of improvement, the BBL remains to be a controversial subject of concern, especially for its popularity among young women.

The Risks of a Brazilian Butt Lift

Every surgery comes with risks, but the BBL is particularly controversial due to accounts of death associated with the surgery.

A 2017 report surveyed 692 surgeons from around the world and found that 3% (about 21) of them experienced a patient death following a BBL. The researchers of this study concluded that "significantly higher mortality rates" seem to be associated with BBL-like surgeries than any other cosmetic surgery.

One of the major risks of BBLs is fat embolism. This is when fat enters the bloodstream, moves through the blood vessels, and eventually causes a blockage of the lungs, which can be fatal.

Read more about : Can You Get a BBL and a Tummy Tuck at the Same Time?

What Causes Death After BBL?

Autopsies of BBL patients have revealed that fat embolism occurred when fat was injected into or under the patient's muscle. Therefore, it's important that patients are aware of this risk and choose a surgeon whose technique involves only injecting fat into the subcutaneous layer of the buttocks, above the muscle. You can reduce your risk by going to a board-certified plastic surgeon who is experienced in the procedure.

Other risks of the BBL are those associated with many other surgeries like blood clots and infection, says Mendieta.