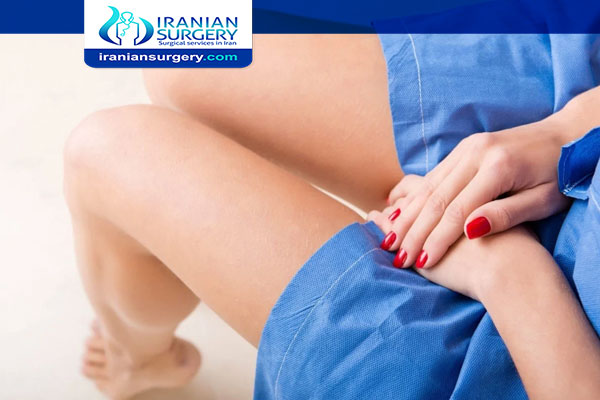 Does pregnancy cause Bartholin cyst?

How is a Bartholin cyst treated during pregnancy?

Excessive bleeding is a potential complication for any surgical procedure.

Recurrence is the most common complication after incision and drainage (~30%).  Premature dislodgement of the Word catheter results in incision closure and high rates of recurrence

Although complications after marsupialization are rare, they can include:

Read more about : how to pop a bartholin cyst yourself?

Does pregnancy cause Bartholin cyst?

Pregnancy could increase the occurrence of Bartholin gland abscesses in patients with previous surgical treatment of abscesses. When appropriate management is applied, maternal and neonatal outcomes are favorable, and severe infections are not to be expected.

The few cases of huge Bartholin's abscess and cyst that have been reported in the literature were among non-pregnant women. This case indicates that pregnant women are also at risk of the huge types.

How is a Bartholin cyst treated during pregnancy?

In case a pregnant woman has a Bartholin cyst, she needs immediate treatment depending on the severity of the problem, you may need surgery to drain a cyst that's infected or very large. Drainage of a cyst can be done using local anesthesia or sedation. For the procedure, your doctor makes a small incision in the cyst, allows it to drain, and then places a small rubber tube (catheter) in the incision. The catheter stays in place for up to six weeks to keep the incision open and allow complete drainage.

Boils are an uncomfortable, but relatively common skin condition, especially in pregnancy. While pregnancy does not actually cause boils, they can be caused by other pregnancy symptoms such as sweating and weight gain. Boils don't cause any major complications to the pregnancy.

Can a Bartholin cyst cause a fistula?

Rectovaginal fistula is a rare complication and its formation is secondary to Bartholin's cyst; only 4 cases have been reported in the literature so far. In this case, the fistula was located between the rectum and a Bartholin's duct, rather than the vagina and the rectum.

1How long does it take to heal from a Bartholin cyst surgery?
You can expect to feel better each day, but you will probably need 2 to 4 weeks to recover. Your doctor will advise you to avoid having sex for at least 2 weeks, or until your vulva is completely healed. After one of these surgeries, your cyst and any pain in your vulva should go away.
2Does Bartholin cyst affect pregnancy?
However, the few cases of huge Bartholin's abscess and cyst that have been reported in the literature were among non-pregnant women. This case indicates that pregnant women are also at risk of the huge types. ... There is no documented evidence of the effects of Bartholin's abscess on pregnancy and vice-versa
3How does a doctor drain a Bartholin cyst?
Drainage of a cyst can be done using local anesthesia or sedation. For the procedure, your doctor makes a small incision in the cyst, allows it to drain, and then places a small rubber tube (catheter) in the incision
4What happens if Bartholin gland is removed?
Removal (excision) of a Bartholin gland cyst is a minor surgical procedure. Because the vulva has an extensive blood supply, removing a Bartholin gland cyst can cause bleeding. ... If the cyst is painful, your doctor probably will recommend a general anesthetic to put you to sleep.
5How long does a Bartholin cyst surgery take?
The catheter may fall out on its own during the first 2 weeks. If not, your doctor will remove it after several weeks. You can expect to feel better and stronger each day, although you may get tired quickly and need pain medicine for a week or two. You may need about 2 to 4 weeks to fully recover.
6What happens if a Bartholin cyst goes untreated?
Complications and emergency symptoms If a Bartholin's abscess worsens and goes untreated, the infection could spread to other organs in your body. The infection may enter your bloodstream, a condition called septicemia. This condition is dangerous because the infection can be carried throughout your whole body.
7Can I squeeze a Bartholin cyst?
You should not try to squeeze or lance the cyst as that could cause an infection. Dr. Hardy may decide to create a small cut over the gland, making an opening so fluid can drain out from the cyst
8What is inside a Bartholin cyst?
A cyst is a sac filled with liquid or semisolid material that forms under the skin or somewhere inside the body. The Bartholin's gland is one of two small glands on each side of the labia minora, just outside of the opening to the vagina. During sexual arousal, the Bartholin's gland releases a lubricating fluid
9Can a Bartholin cyst come back after Marsupialization?
Marsupialization is an effective treatment. A systematic review of studies reported no recurrences of Bartholin's cysts following marsupialization on 70 people who researchers followed for 1 month after the procedure
10Should I go to the ER for a Bartholin cyst?
Medical Care Most patients with Bartholin gland disease are discharged home. Patients with Bartholin cyst or abscess should be advised to take warm sitz baths 3 times per day for several days