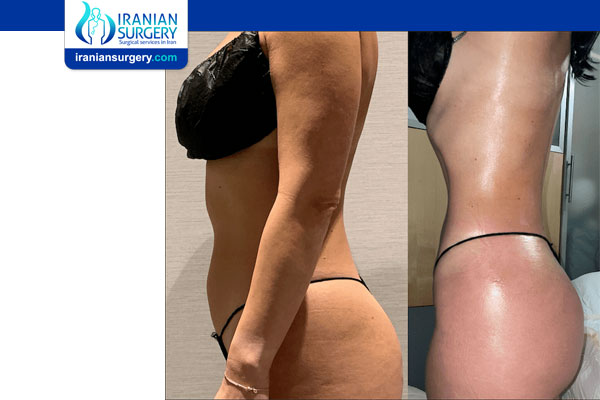 “Liposuction 360” is a term that has been increasingly used to describe liposuction that encompasses the whole body (front and back).  Lipo 360 is an all-inclusive liposuction procedure that is used to contour and shape the midsection, 360 degrees around. The possible areas for treatment are the upper and lower abdominals, the flanks on both sides, and the lower and mid-back.

This procedure is very popular because it is a circumferential treatment that contours several problematic zones at once. During 360 liposuction, a surgeon can extract as much as 5000 milliliters of fat, depending on the patients’ body fat status and BMI (Body Mass Index). 360 liposuction is designed for those patients who desire a significant change, therefore, the procedure is a growing trend.

How many areas does Lipo 360 treat?

The lipo 360 focuses on the midsection of the patient, this means the lower abdomen, upper abdomen, flanks, lower back, and mid-back. Patients who want to improve these areas tend to be good candidates for the procedure.

With the lipo 360 technique, cosmetic surgery can target fat cells in both small and large areas of the midsection, providing a solution for stubborn fats.

Who is an eligible candidate for 360 liposuction?

A great candidate for this kind of liposuction procedure is someone who is on their ideal body weight but has found weight loss difficult in the midsection and waistline. These facts can be resistant to diet and exercise, even though the patient lives a healthy lifestyle.

Since lipo 360 is a specialist liposuction procedure, it is important to choose the right surgeon for your procedure.

What are the advantages of 360 liposuction?

360 liposuction is a favorable procedure for several reasons:

. It improves the patient’s quality of life and boosts self-confidence

. Downtime is relatively fast for 360 liposuction and about 80% of the patients return to sedentary work after 5-7 days (patients are required to wear a compression garment for 6-8 weeks postoperatively)

. The removed fat cells will never come back (note: it is highly important not to gain weight after the surgery because that may make the remaining fat cells expand)

. Tiny instruments (thin cannulas) are used during the surgery, so there is less trauma to the surrounding tissues and recovery time is therefore shortened

. Scars are barely noticeable because of the thin cannulas. Also, only a few small incisions are made in the areas where they are barely visible.

Risks and Side effects

. Contour irregularities. Your skin may appear bumpy, wavy or withered due to uneven fat removal, poor skin elasticity and unusual healing. These changes may be permanent. Damage beneath the skin from the thin tube (cannula) that’s used during liposuction may give the skin a permanent spotted appearance.

. Fluid accumulation. Temporary pockets of fluid (seromas) can form under the skin. This fluid may need to be drained with a needle.

. Numbness. You may feel temporary or permanent numbness in the affected area. Temporary nerve irritation also is possible.

. Infection. Skin infections are rare but possible. A severe skin infection may be life-threatening.

. Internal puncture. Rarely, a cannula that penetrates too deeply may puncture an internal organ. This may require emergency surgical repair.

. Fat embolism. Pieces of loosened fat may break away and become trapped in a blood vessel and gather in the lungs or travel to the brain. A fat embolism is a medical emergency.

. Kidney and heart problems. Shifts in fluid levels as fluids are being injected and suctioned out can cause potentially life-threatening kidney, heart and lung problems.

. Irritation and minor scarring around the incisions are also temporary side effects of the surgery. Avoid rubbing the incisions.

. More serious threats include permanent change in skin colour and damage to nerves and skin. However, these are extremely rare and if a qualified surgeon is chosen to perform the procedure, safe results will follow.

The risk of complications increases if the surgeon is working on larger surfaces of your body or doing multiple procedures during the same operation. Talk to your surgeon about how these risks apply to you.

What is the difference between 360 liposuction and standard liposuction?

During the first appointment with a plastic surgeon, you will talk about a possible treatment plan, your expectations of the procedure, and its suitability for you. The surgeon will also determine whether you are an eligible candidate for the procedure, and in case you are not, may recommend other treatment alternatives. During the initial consultation, you will be asked about your medical history, previous surgeries, and current health. It is therefore highly important to stay open and truthfully answer all the question.

Smoking and alcohol consumption should be strictly avoided 1 month before and after the surgery. Smoking before the surgery is known to increase complication risk and delay wound healing. Strict dieting also weakens the immune system which increases the risk of infection.

You should avoid shaving on the day of the surgery because doing so can increase the risk of potential infection. Stay away from tight clothing and choose loose-fitting clothes instead (e.g. button-up shirts). Also, even though it is not absolutely necessary you may wish to arrange for someone to accompany you for a day or two and help and support you.

During the lipo 360 procedure, the patient will be under general anaesthesia. The surgeon uses a special suction device to remove stubborn fat from the midsection. The aim is to restore the patient’s natural silhouette or athletic physique through body sculpting.

If the patient wants to improve skin tightening, the cosmetic surgery can choose to add a laser resurfacing treatment during the procedure. This is where cosmetic surgery uses a special laser to target certain layers of excess skin, which in turn promotes the production of collagen.

After the surgery, drains are placed at the incision sites to collect any excess fluid. To control swelling and bruising, you will be fitted with an elasticated support corset which should be worn for several weeks post-surgery. You should expect to feel a little bit more tired than usual which is completely normal during recovery. Discomfort should decrease within 72 hours after the surgery. Any necessary information regarding wound care will be provided at the clinic.

In the clinic/hospital, pain is managed intravenously, and after you are discharged, pain can be controlled with non-steroidal anti-inflammatory drugs (e.g. Ultracod, Diclofenaci, and Paracetamol). Sutures dissolve within a week, and thus do not need to be removed. You should give yourself 1-2 weeks off work to rest and heal.

Moderate bruising and swelling should recede in the next 2-4 weeks. Most of the time it takes 2 weeks to get back to usual activities. Strenuous physical activities (e.g. exercising or sexual intercourse) ought to be ceased for at least 1 month post-surgery. The final long-lasting results should be seen after the swelling has gone down completely which can take up to 6 months.

When is 360 liposuction recommended with other surgeries?

360 liposuction combines effortlessly with other surgeries and not only saves a significant amount of money, but also reduces overall recovery time. The fat removed during 360 liposuction can be used to augment the buttocks or breasts. Because the harvested fat is well known for its regenerative properties, the purified fat can be injected into face to hydrate it and plump it up. If the patient wishes to have a firmer abdominal wall, 360 liposuction can be combined with a tummy tuck (it tightens the abdomen muscles and removes extra skin). 360 liposuction can also be combined with a Brazilian butt lift, breast enhancement, breast lift, breast reduction. Feel free to ask your plastic surgeon about the possible combinations.