When to Take a Pregnancy Test 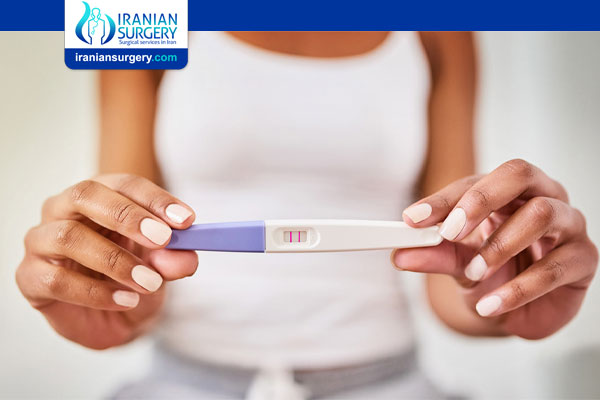 When to Take a Pregnancy Test

Either way, it's important to take the test at the right time to maximize your chance of getting an accurate reading. How do you decide when the right time to take a test is? Does when you take a pregnancy test really matter?

If you are worried you’re pregnant (but don’t want to be!), you may be considering a test because your period is late, or because you think you’re having pregnancy symptoms. Or, perhaps you’re concerned your method of birth control failed (or you forgot to use contraception).

If you're trying to conceive, you may spend the entire two-week wait debating when to pee on a stick. Should you wait until your period is late? What time of day is best?

Whether you’re hoping for a negative or a positive result, taking an early test may seem like a good way to find out if you’re expecting right away. Unfortunately, taking the test early may give you a negative result, even if you are pregnant.

The Best Time in Your Cycle

The best time to take a pregnancy test is after your period is late. This will help you avoid false negatives. If you're not already keeping a fertility calendar, proper pregnancy test timing is a good reason to start one.

If your cycles are irregular or you don’t chart your cycles, don't take a test until you’ve passed the longest menstrual cycle you usually have. For example, if your cycles range from 30 to 36 days, the best time to take a test would be day 37 or later.

Something else to consider is whether you know if your period is even late. According to the FDA, out of every 100 people, between 10 and 20 will not get a positive pregnancy test result on the day they think is just after their missed period, even if they are pregnant.

The Best Time of Day

The time of day you take a pregnancy test does matter to a certain extent. You’re more likely to get an accurate result if you take the test in the morning. This is especially true if your period is not yet late, or if your period is only a couple days late.

At-home pregnancy tests work by detecting the hormone human chorionic gonadotropin (hCG) in your urine. Unless you get up in the night to pee often (or you drink water throughout the night), your urine is more concentrated when you first wake up. This usually means that the amount of hCG is a bit higher, and you’re more likely to get a positive result if you’re pregnant.

However, you can still take a pregnancy test in the middle of the day, or even at night. You’re just more likely to get a false negative, especially if your period isn’t that late, and especially if you’ve been drinking a lot of water and your urine is diluted.

Testing When You Feel Pregnant

You may decide to take a pregnancy test because you’re having early pregnancy symptoms, including:

Depending on whether a positive pregnancy test would be good or bad news, symptoms like these may fill you with dread … or excitement. But here’s the good (or bad) news: pregnancy symptoms don’t mean you’re pregnant. In fact, you can “feel pregnant” and not be pregnant, or “not feel pregnant” and be expecting.

The same hormones that cause pregnancy “symptoms” are present every month between ovulation and your period.

Knowing how pregnancy tests work can help you understand when to take them. Pregnancy tests relay how urine reacts with a piece of paper that can detect the presence of hCG. Results are usually shown as a single or double line or a plus or minus sign.

An at-home pregnancy test can't measure the exact amount of pregnancy hormone in your urine. What it can do is detect whether a minimum amount is present.

"Early results" pregnancy tests promise results as soon as three to six days before your missed period. These tests are more sensitive than standard tests but getting accurate results that early is more difficult simply because ovulation and implantation times can vary. If you have irregular periods, it can be even more difficult to know when might be an accurate time to try an early test.

If you're having fertility treatments, be aware that this may result in a false positive pregnancy test, especially those performed early. That's because pregnancy tests may detect the remains of fertility medications like Ovidrel, Pregnyl, or Novarel.

The accuracy of a test can depend on several variables:

. The timing of when you take the test (tests are more accurate after your missed period)

. The timing of ovulation

. The time of day the test (first morning urine may be more concentrated and detect hCG more accurately)

Are you considering taking a test before your period is late? Consider the pros and cons before you do.

. Chance of getting a positive result

. If positive, relieves some of the stress during the two-week wait

. Useful if you need to start or stop medications or other early interventions

. Allows you to begin lifestyle adjustments right away

. Higher chance of a false negative result if pregnant

. Feelings of disappointment with negative result

. Not accurate with hCG trigger shots such as Ovidrel

Let's say you want to take an early test, despite the possible downsides. Which test should you use?

According to the research, the best early pregnancy test on the market now is the First Response Early Result, or, as it's sometimes abbreviated on fertility forums, the FRER. This is a manual test.

The digital test, First Response Gold Digital Pregnancy Test, had previously been reported as less accurate. However, according to a 2013 FDA comparison between the two, the results show the same accuracy.

When to Get a Blood Test

You might be wondering if you should also have a blood test to check if you’re pregnant. It is something to consider if you get a positive or negative result. Your doctor may order a test, or you may be thinking about ordering one yourself. Many labs now allow people to order and pay out of pocket for their blood work.

Before you do that, there are a few things you should know. First of all, there are two types of pregnancy blood tests: qualitative and quantitative.

Qualitative tests measure whether hCG is present in your blood or urine.

(The root word here is quality.) They pretty much give a yes or no answer as to whether you’re pregnant. Or, more accurately, whether you have enough pregnancy hormone to get a positive result. Home pregnancy tests are qualitative.

A quantitative pregnancy test measures the amount of pregnancy hormone in your blood.8 (Here, the root word is quantity.) This is sometimes called a beta hCG test. These are usually done to see how a pregnancy is progressing. For example, your doctor may order a beta hCG test on Monday, and then another test on Wednesday or Thursday. The purpose would be to see whether the level of hCG is increasing as expected or not. This might be important if you had trouble conceiving, have a history of early miscarriage, or an ectopic pregnancy is suspected.

Blood tests are able to detect a smaller amount of hCG and they can detect it slightly earlier than standard at-home pregnancy tests, usually nine to 12 days after conception.3 Blood test results are usually available the same day or within a day.

Blood tests aren't often done to detect pregnancy because they are expensive and at-home urine tests are quite accurate and sensitive. However, people who are undergoing fertility treatments may have blood tests as part of their care.

When a Blood Test Is Used

If your period is late by several days, and you’re still getting negative at-home pregnancy tests, a blood test may be recommended. While rare, it is possible to get a negative test result on an at-home test but still be pregnant. If this is your situation, call your doctor, and don’t just order a test on your own. There are other reasons besides pregnancy that your period may be late.

You don’t necessarily need a blood test to confirm a positive at-home pregnancy test. If the at-home test said you’re pregnant, you’re likely pregnant. That said, your doctor might still order one, especially if you request it.