What to eat after hemorrhoid surgery? 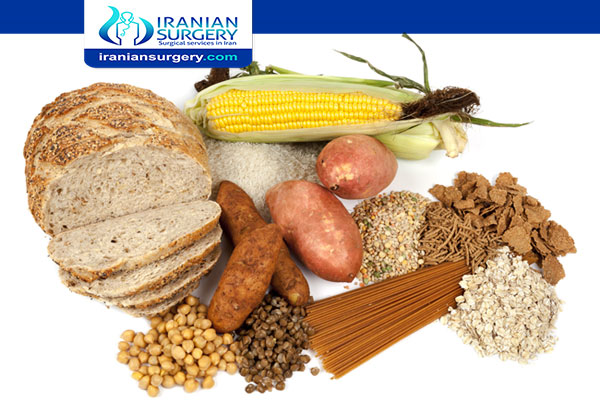 What to eat after hemorrhoid surgery?

Common causes of the excess pressure that results in hemorrhoids include:

While recovery from hemorrhoid surgery isn't quick, you don't need to follow a special diet for very long following your procedure. For the first few days, you need to minimize movement through the area so that your wound can heal, which means eating foods that won't add bulk to your stool and create big bowel movements. This type of diet is called a low-residue diet.

After dealing with hemorrhoids and the recovery from your surgery, you may be ready to make the necessary changes to your diet to prevent a recurrence of your piles, which means a high-fiber diet.

Fiber is an indigestible substance found in plant foods. Because your body isn't able to digest fiber, it adds bulk to your stools, making them easier to pass. That means you have less straining, more regularity and a decrease in your risk of developing hemorrhoids. Upping your fiber intake not only improves your bathroom habits, but may also keep you feeling full longer, benefit your heart health and improve your blood sugar control.

How long does it take to heal from hemorrhoid surgery?

It is common to have some light bleeding and clear or yellow fluids from your anus. This is most likely when you have a bowel movement. These symptoms may last for 1 to 2 months after surgery. After 1 to 2 weeks, you should be able to do most of your normal activities. For comfort, you may want to sit on a towel in your bathtub. Avoid toilet paper. Instead clean the area after a BM by spraying with warm water.

Patients can experience pain and discomfort during the first week following surgery, for which painkillers are usually prescribed. An antibiotic such as metronidazole may be prescribed to prevent infections.

Minor to moderate bleeding can occur during defecation for the first two weeks following surgery. This is normal and usually subsides once the rectum has healed properly. If a pack was inserted in the rectum after surgery, it can be removed within a day after discharge.

A mild anesthetic ointment can be applied before and after bowel movements to relieve the pain. Sitting upright is usually a major problem following surgery.

For maintaining a comfortable sitting posture, a special type of doughnut shaped cushion may be used.

Avoiding constipation is crucial during convalescence.

The patients are advised not to lift heavy weights during the recovery period. Complete recovery occurs between 6 weeks to 2 months. However, the patient can generally resume work within 2 weeks.

10 common questions about what to eat after hemorrhoid surgery

1How long does it take to recover from hemorrhoid surgery?
Because it's highly sensitive near the cuts and you might need stitches, the area can be tender and painful afterward. Recovery most often takes about 2 weeks, but it can take as long as 3 to 6 weeks to feel like you're back to normal
2What should I do after hemorrhoid surgery?
Life After Hemorrhoid Surgery After your surgery, be sure to drink ample fluids, avoid straining with a bowel movement, and eat foods high in fiber even after your recovery. Avoid food you know to be constipating, such as cheese
3Can you take laxatives after hemorrhoid surgery?
If your bowel movements are not regular right after surgery, try to avoid constipation and straining. Drink plenty of water. Your doctor may suggest fibre, a stool softener, or a mild laxative.
4Is hemorrhoid surgery painful?
Internal hemorrhoids often cause no discomfort. ... While these clots aren't usually life-threatening, they can cause sharp, severe pain. Proper treatment for such thrombosed hemorrhoids consists of an “incision and drainage” procedure. A surgeon or a doctor in an emergency room can perform this procedure.
5How do you poop after a hemorrhoidectomy?
CONSTIPATION IS TO BE EXPECTED WHILE ON NARCOTIC PAIN MEDICATIONS. MOST PATIENTS DO NOT HAVE THEIR FIRST BOWEL MOVEMENT UNTIL AT LEAST 3 DAYS AFTER SURGERY. THIS IS OFTEN PAINFUL. WHILE UTILIZING NARCOTICS, YOU SHOULD REMAIN ON AN OVER THE COUNTER STOOL SOFTENER SUCH AS COLACE OR DOCUSATE (ONE TABLET TWICE DAILY).
6Is hemorrhoidectomy a major surgery?
A hemorrhoidectomy is surgery to remove internal or external hemorrhoids that are extensive or severe. Surgical hemorrhoidectomy is the most effective treatment for hemorrhoids, though it is associated with the greatest rate of complications
7Can't pee after hemorrhoid surgery?
The inability to urinate after surgery is usually caused by a condition called neurogenic bladder, a type of bladder dysfunction that interferes with the nerve impulses from the brain to the bladder. The bladder does not receive the signal to empty and will continue to fill despite any pain or trauma that may occur
8What can I take to make me poop after surgery?
After surgery, you should also plan to take a stool softener, such as docusate (Colace). A fiber laxative, such as psyllium (Metamucil), may also be helpful. Purchase a laxative or stool softener before your surgery so that you have it available when you return home
9Can you poop after hemorrhoid banding?
After rubber band ligation, you may feel pain and have a feeling of fullness in your lower belly, or you may feel as if you need to have a bowel movement. This usually goes away within several days after the surgery. ... You will need to avoid heavy lifting and straining with bowel movements while you recover
10Do hemorrhoids grow back after surgery?
Hemorrhoids can recur after they have been successfully treated—even after surgical removal, so hemorrhoid treatment also involves prevention strategies. Self-care treatment techniques include adding more fiber to the diet and exercising daily to help prevent constipation and straining during bowel movements.