What Is the Success Rate of Aortic Valve Replacement Surgery? 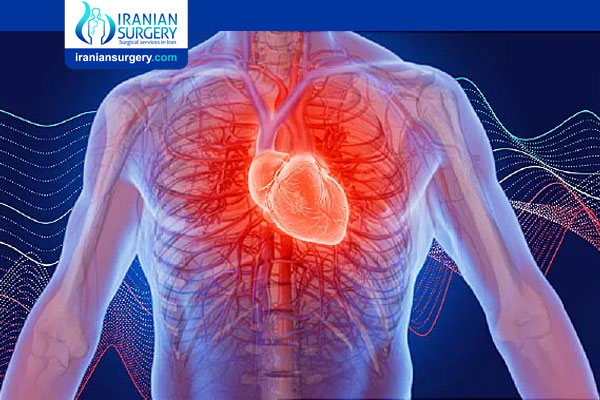 What Is the Success Rate of Aortic Valve Replacement Surgery?

People undergoing surgery to replace a narrowed aortic heart valve (aortic stenosis) have only slightly lower life expectancy than people without the condition. Surgery was also associated with a low rate of stroke.

A study gathered data from 93 observational studies that followed long term outcomes for people with severe aortic stenosis who had the valve replaced with a biological or tissue (bioprosthetic) valve.

Following surgery, survival ranged from 16 years on average for people aged 65 or less, to six or seven years for those over 75. Fewer than one in 100 developed a stroke each year. Ten years after surgery most people (94%) still had a good functioning valve. By 20 years the rate of valve deterioration had risen to 48%.

Bioprosthetic valves appear safe and are linked to average lifespan for this population, but there may be a need for monitoring and possible replacement after the first ten years.

Why Was This Study Needed?

The heart pumps blood through the aortic valve around the body. In many people the valve becomes narrower and less supple with age and this can put a strain on the heart as it works harder to pump blood. Symptoms include tiredness, feeling out of breath, chest pains, dizziness and fainting. Eventually aortic stenosis can lead to heart failure.

People with severe symptoms can be helped by replacing the valve with a mechanical valve, or a bioprosthetic valve. This systematic review explored long-term outcomes from surgical replacement with a bioprosthetic aortic valve, including mortality and valve deterioration. Transcatheter aortic valve replacement, a more recent minimally invasive technique which may be more suitable for some people, was not covered by this review.

What Did This Study Do?

This systematic review identified 93 observational studies including a total 53,884 adults undergoing bioprosthetic aortic valve replacement for severe aortic stenosis. Only studies published after 2006 were included to ensure relevance to current technologies. Patients were enrolled between 1977 and 2013. Average patient age was 53 to 92 years.

The researchers carried out several subgroups analyses to examine the influence of different factors. These included patient age, whether the study also included mechanical valves, and risk of study bias.

Overall the risk of bias was assessed as low in 51 studies, moderate for 21, and high risk for 21 studies.

2014 NICE guidelines on management of heart failure recommend surgical aortic valve replacement for people with heart failure due to severe aortic stenosis, who are assessed as suitable for surgery.

NICE recommend transcatheter aortic valve implantation for people who are unsuitable for surgery. This involves accessing the aorta via a catheter inserted into an artery in the groin or chest.  However, the risks involved with this procedure mean that it is currently not recommended as an alternative for people otherwise suitable for surgery. This guidance is under review.

What Are the Implications?

This large review indicates that bioprosthetic valve replacement for severe aortic stenosis is safe and gives survival outcomes comparable to the general population without aortic stenosis.

The long-term deterioration of the valves suggests a need for regular monitoring to identify people who may require a further valve replacement, especially after ten years. Comparable data on long-term patient outcomes following surgical mechanical valve replacement or transcatheter approaches would be valuable.

Iranian surgery is an online medical tourism platform where you can find the best heart (cardiac) surgeons in Iran. The price of Aortic Valve Replacement Surgery in Iran can vary according to each individual’s case and will be determined by an in-person assessment with the doctor.

For more information about the cost of Aortic Valve Replacement Surgery in Iran and to schedule an appointment in advance, you can contact Iranian Surgery consultants via WhatsApp number 0098 901 929 0946. This service is completely free.