What Happens to Eggs After Hysterectomy? 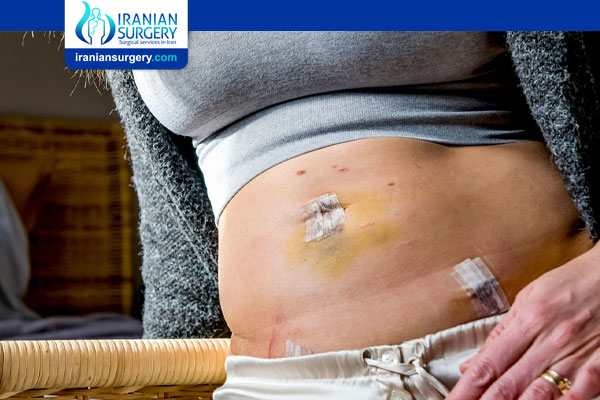 What Happens to Eggs After Hysterectomy?

A hysterectomy is a procedure that removes your uterus. In certain types of hysterectomies, you may have more of your reproductive organs removed, including your:

. part of the vagina

No matter which type of hysterectomy you have, you’ll have more room in your abdomen after, because the space your uterus was taking up is now empty. Your intestines will take up most of the space, but it’s important to understand what happens to the other nearby organs after a hysterectomy.

What happens to your cervix?

There are a few types of hysterectomy. In total and radical hysterectomies, the cervix is removed along with the uterus, and potentially other reproductive organs.

A partial hysterectomy can be performed for many conditions that don’t affect the cervix, such as fibroids, endometriosis, and heavy uterine bleeding. It cannot be performed if you’ve had cancer in any of your reproductive organs or if you’ve ever had an abnormal Pap smear.

It’s important to get screened regularly, because you can still get cervical cancer if you have a partial hysterectomy. Talk with your doctor about how often you should have a Pap smear or other screening tests for cervical cancer.

Although you won’t menstruate after having a hysterectomy, you may still experience some bleeding during the time you would normally get your period, if you had a partial hysterectomy. This is because the cervix has some of the same cells that line the uterus, called endometrial cells.

What About Your Ovaries?

However, if you’ve experienced menopause or are close to it, your doctor may suggest removing your ovaries no matter the underlying reason for your hysterectomy. This may help protect against future issues.

If you get your ovaries removed, your fallopian tubes will be removed as well. If your ovaries aren’t removed during your hysterectomy, they’ll stay in the same position after your surgery.

This is because, in addition to being attached to the uterus with ligaments, the ovaries attach to your abdomen with a ligament called the suspensory ligament, considered part of the broad ligament of the uterus. They’re also attached to your fallopian tubes.

What Happens to Your Eggs?

If your ovaries are left in place after your hysterectomy, they’ll continue to function as usual. This means they’ll continue to release hormones and eggs, although you might have a slight decrease in hormone production. In most cases, when your ovary releases an egg every month, the egg will go into your abdomen and eventually disappear.

If you haven’t reached menopause already, you won’t have your period after a hysterectomy, because your uterus isn’t there to shed its lining. But, because your body is still producing hormones, you might still feel like you’re getting your period and have symptoms of premenstrual syndrome (PMS).

Ectopic pregnancy, where a fertilized egg implants in your fallopian tube, is possible after a hysterectomy. But it’s very rare.

Iranian surgery is an online medical tourism platform where you can find the best doctors and fertility specialists in Iran. The price of Hysterectomy in Iran can vary according to each individual’s case and will be determined by an in-person assessment with the doctor.

For more information about the cost of Hysterectomy in Iran and to schedule an appointment in advance, you can contact Iranian Surgery consultants via WhatsApp number 0098 901 929 0946. This service is completely free.