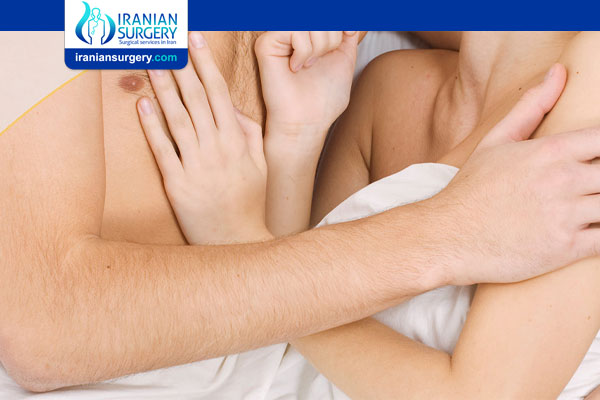 There are more than 20 types of STDs, including

Sometimes these infections can be transmitted nonsexually, such as from mothers to their infants during pregnancy or childbirth, or through blood transfusions or shared needles.

STIs don't always cause symptoms. It's possible to contract sexually transmitted infections from people who seem perfectly healthy and may not even know they have an infection.

STDs or STIs can have a range of signs and symptoms, including no symptoms. That's why they may go unnoticed until complications occur or a partner is diagnosed.

. Signs and symptoms that might indicate an STI include:

. Sores or bumps on the genitals or in the oral or rectal area

. Discharge from the penis

. Rash over the trunk, hands or feet

Signs and symptoms may appear a few days after exposure. However, it may take years before you have any noticeable problems, depending on the organism causing the STI.

When To See a Doctor in Case of Sexually Transmitted Diseases

See a doctor immediately if:

. You are sexually active and may have been exposed to an STI

. You have signs and symptoms of an STI

Make an appointment with a doctor:

. When you're considering becoming sexually active or when you're 21 — whichever comes first

. Before you start having sex with a new partner

STDs or STIs can be caused by:

. Bacteria. Gonorrhea, syphilis and chlamydia are examples of STIs that are caused by bacteria.

. Parasites. Trichomoniasis is an STI caused by a parasite.

Other kinds of infections — hepatitis A, B and C viruses, shigella infection and giardia infection — can be spread through sexual activity, but it's possible to be infected without sexual contact.

Anyone who is sexually active risks some degree of exposure to an STD or STI.

Factors that may increase that risk include:

Oral sex may be less risky, but infections can still be transmitted without a latex condom or a dental dam — a thin, square piece of rubber made with latex or silicone.

. Having a history of STIs. Having one STI makes it much easier for another STI to take hold.

. Being forced to engage in sexual activity. Dealing with rape or assault is difficult, but it's important to see a doctor as soon as possible to receive screening, treatment and emotional support.

. Misuse of alcohol or use of recreational drugs. Substance misuse can inhibit your judgment, making you more willing to participate in risky behaviors.

. Being young. Half the new STIs occur in people between the ages of 15 and 24.

Can Sexually Transmitted Diseases Transmission from Mothers to Infants

Certain STIs — such as gonorrhea, chlamydia, HIV and syphilis — can be passed from mothers to their infants during pregnancy or delivery. STIs in infants can cause serious problems or even death. All pregnant women should be screened for these infections and treated.

Because many people in the early stages of an STD or STI experience no symptoms, screening for STIs is important to prevent complications.

. Certain cancers, such as HPV-associated cervical and rectal cancers

There are several ways to avoid or reduce your risk of STDs or STIs.

. Abstain. The most effective way to avoid STIs is to not have (abstain from) sex.

. Stay with one uninfected partner. Another reliable way of avoiding STIs is to stay in a long-term relationship in which both people have sex only with each other and neither partner is infected.

. Get vaccinated. Getting vaccinated early, before sexual exposure, is also effective in preventing certain types of STIs. Vaccines are available to prevent human papillomavirus (HPV), hepatitis A and hepatitis B.

The Centers for Disease Control and Prevention (CDC) recommends the HPV vaccine for girls and boys ages 11 and 12, although it can be given as early as age 9. If not fully vaccinated at ages 11 and 12, the CDC recommends getting the vaccine through age 26.

Condoms made from natural membranes are not recommended because they're not effective at preventing STIs. Also, keep in mind that while latex condoms reduce your risk of exposure to most STIs, they provide less protection for STIs involving exposed genital sores, such as HPV or herpes.

. Don't drink alcohol excessively or use drugs. If you're under the influence, you're more likely to take sexual risks.

. Communicate. Before any serious sexual contact, communicate with your partner about practicing safer sex. Be sure you specifically agree on what activities will and won't be OK.

. Consider male circumcision. For men, there's evidence that circumcision can help reduce the risk of acquiring HIV from a woman with HIV by as much as 60%. Male circumcision may also help prevent transmission of genital HPV and genital herpes.

Your doctor will prescribe these drugs for HIV prevention only if you don't already have HIV. You will need an HIV test before you start taking PrEP and then every three months as long as you're taking it.

Your doctor will also test your kidney function before prescribing Truvada and continue to test it every six months. If you have hepatitis B, you should be evaluated by an infectious disease or liver specialist before beginning therapy.

These drugs must be taken every day, exactly as prescribed. If you use Truvada daily, you can lower your risk of getting HIV from sex by about 99% and from injection drug use by more than 74% percent, according to the U.S. Centers for Disease Control and Prevention. Research suggests that Descovy is similarly effective in reducing the risk of getting HIV from sex. However, Descovy hasn't been studied in people who have receptive vaginal sex. Using additional prevention, such as condoms, can lower your risk even more and prevent other STIs.