Does urine flush out sperm? 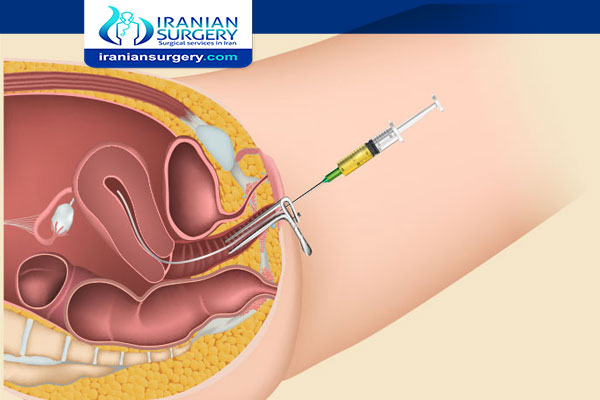 Urine is naturally acidic, and some of that acidity lingers in the urethra even after you've passed urine. The problem is that sperm cells are sensitive to pH levels, and the acidity of urine can kill sperm cells. The alkaline mucus of pre-ejaculate neutralizes the pathway so that sperm can have a “clean” pathway out.

Many types of chemicals can kill sperm. For example, hand sanitizer contains ingredients such as isopropyl alcohol, glycerin, and other harsh compounds. In a similar way that hand sanitizer kills germs, it kills sperm as well. Hand sanitizer may reduce the movement of the sperm cells or kill them on contact.

Precum (pre-ejaculate) fluid comes from the Cowper’s glands. The Cowper’s glands are two pea-sized glands that sit beneath the prostate gland on either side of the most internal end of the penis.

The glands are slightly less than a half-inch in diameter and they produce an alkaline mucus. From each gland are tiny ducts leading to different sections of the urethra.

It’s through these ducts that the glands send precum during sexual arousal but before actual ejaculation. There are two primary purposes of pre-ejaculate.

One role is to neutralize the acidity of the urethra tract. The urethra serves both as a pathway for urine and also a pathway for ejaculation. Urine is naturally acidic, and some of that acidity lingers in the urethra even after you’ve passed urine.

The problem is that sperm cells are sensitive to pH levels, and the acidity of urine can kill sperm cells. The alkaline mucus of pre-ejaculate neutralizes the pathway so that sperm can have a “clean” pathway out.

The second purpose of pre-ejaculate is to serve as lubrication for sexual intercourse. There are actually glands that serve a similar purpose in women, called the Bartholin's glands.

The two pea-sized glands sit on either side of the vaginal opening. Bartholin's glands also secrete an alkaline mucus that provides lubrication for intercourse.

Do sperm live inside Precum?

Cowper’s glands do not produce or hold any sperm cells, which is why it was once commonly thought that pre-ejaculate had no sperm cells. However, this assumption is incorrect.

There may be living sperm cells in precum. This does not always occur and when it does, there are not very many sperm cells; however, it is still possible.

Though the chances are low, the sperm cells inside of precum could potentially cause pregnancy. One study found that in precum samples taken from 42 men, approximately 17% of the samples contained moving sperm cells.

In another study, out of 40 pre-ejaculate samples (taken from 27 men), 41% of the samples had sperm cells present, and in 37% of these samples, the sperm were motile and alive.

Read more about : Can you have twins with ICSI?

Can you get pregnant from Precum?

The odds of getting pregnant from precum are very small. It’s estimated that 4 in 100 women will get pregnant using the withdrawal method correctly.

Even if the man pulls out and ejaculates away from the vagina or vulva area, there is a 4% chance that pregnancy may result. These pregnancies are due to those few sperm cells in precum.

If a man never inserts his penis into your vagina, and only the tip of his penis (with precum) comes into contact with the outside of your vulva, it's extremely unlikely that precum on the outside of the vagina will lead to pregnancy.

However, the odds are not guaranteed. It is still theoretically possible for pregnancy to occur.

How long can sperm survive after ejaculation?

Outside of the body, sperm may die quickly when they’re exposed to the air. The length of time they stay alive has a lot to do with environmental factors and how fast they dry up.

If you’re having a procedure such as intrauterine insemination (IUI) or in vitro fertilization (IVF), keep in mind that washed sperm can last in an incubator for up to 72 hours. Frozen sperm may last for years, provided it’s left in a properly controlled environment.

Sperm that’s been ejaculated into a woman can live inside the uterus for 5 days. That’s why it’s possible to get pregnant if you have unprotected sex while menstruating. If you ovulate shortly after you finish your period, the sperm may still be alive and can fertilize the egg.

Can you get pregnant if there’s semen near the vagina?

Yes, you can get pregnant if sperm is near the vagina and it hasn’t dried. You may have heard that oxygen kills sperm. This isn’t true. Sperm can move until dried.

While this scenario is possible, it isn’t likely to happen.

Can you get pregnant if a man ejaculates in a hot tub or bathtub?

It’s highly unlikely that pregnancy would occur if sperm had to travel through water into a woman’s body.

In the hot tub scenario, the temperature of the water or chemicals would kill the sperm in seconds.

In a bathtub filled with plain warm water, the sperm may live up to a few minutes. Still, it would need to quickly enter the vagina after traveling through all that water. Then it would need to go through the cervix and then on into the uterus.

Getting pregnant in this case is highly unlikely to impossible.

Spermicides are a type of birth control you can use with or without condoms. They come in many different forms, including:

Spermicides don’t kill sperm. Instead, they stop the semen from moving, which decreases sperm motility. The woman applies it near her cervix so the sperm can’t enter into the uterus.

Without condoms, spermicide isn’t considered an effective form of birth control since it typically fails about 28 percent of the time to prevent pregnancy. Even when used correctly and consistently, spermicide alone is only 82 percent effective.

What role does sperm motility play in pregnancy?

Once ejaculation occurs during intercourse, the sperm travels from the vagina through the cervix and into the uterus. From there, contractions of your uterus help pull the sperm toward your fallopian tubes.

The first of the sperm may enter your tubes in just minutes. The closer you are to ovulation, the easier the journey becomes for the sperm.

Many couples worry about sperm count when trying to conceive, but that’s only part of the male fertility equation.

The term “sperm motility” refers to the ability of the sperm to swim the right way. Motility may matter as much as sperm count when it comes to getting pregnant. If the sperm can’t make the journey to the egg, pregnancy won’t occur.

Several things may impact a man’s sperm motility, including:

If motility is a factor in infertility, there are several options couples may explore. IUI directly places sperm inside the woman’s uterus so it doesn’t need to swim from the vagina through the cervix.

With IVF, sperm is introduced to the egg for fertilization in a lab before being placed back inside the woman’s uterus.

Sometimes doctors do what’s called an intracytoplasmic sperm injection (ICSI), where the sperm is injected into the egg as part of the IVF procedure.

What’s the role of frozen sperm in IUI and IVF?

You may use fresh or frozen sperm with both IUI and IVF. You may choose to use frozen sperm for these procedures for a number of reasons, including using donor sperm and preserving fertility for a male who has cancer.

According to the Sperm Bank of California, thawing sperm is as easy as waiting 30 minutes for it to reach room temperature. From there, the sperm should be warmed to body temperature either in your hand or under your arm. Once sperm is thawed, it can’t be refrozen.

While frozen sperm can last a very long time, some believe its integrity may be compromised after thawing. Studies show, though, that frozen sperm may be just as effective as fresh sperm at achieving pregnancy, at least when using IVF and ICSI

Read more about : IUI vs IVF

1How much does IUI increase chances of pregnancy?
Women often have a 10 to 20 percent chance of getting pregnant with just one IUI cycle. The more cycles of IUI you undergo, the higher the chance is for a pregnancy. With 3 to 6 cycles of IUI, pregnancy rates can be as high as 80 percent.
2What is better IUI or IVF?
IUI and IVF Success Rates The average success rate for IUI using a fertility medicine, such as Clomid, is 8-15% per cycle for patients who are under the age of 35. ... For IVF, the numbers are much higher. The success rate ranges from 40-45% for patients who are under 35 and it drops to 15% for patients who are over 42
3Can I get pregnant with first IUI?
IUI success rate On average, a woman under 35 will have a 10 to 20 percent chance of pregnancy with each IUI, while a woman over 40 will have a two to five percent chance. ... “If you're going to get pregnant [with IUI], you'll get pregnant within those attempts.
4Is bed rest required after IUI?
Conclusions. Bed rest for 10 and 20 min after intrauterine insemination has a positive effect on the pregnancy rate, but there is no statistically significance difference between them. We recommend bed rest for at least 10 min after intrauterine insemination
5Does urine flush out sperm?
Precum itself does not contain any sperm and can therefore not cause pregnancy on its own. ... Urinating can flush out any leftover sperm in the urethra. If people do this before having sex, then there should be no sperm in the urethra to be flushed out instead by the precum
6What should I avoid after IUI?
Avoid strenuous exercise right before and after insemination Strenuous activities could cause uterine contractions that could interfere with implantation. Light exercise such as light aerobics, swimming, walking, and yoga are fine. High impact exercise such as jogging and step aerobics should be avoided.
7Is IUI successful in first try?
One study found that IUI success rates were 16.4 percent per cycle for the first three tries or 39.2 percent if looking at all three trials together. However, for IUI treatments cycles 4 through 6, the success rate dropped significantly to only 5.6 percent
8How many follicles are good for IUI?
What is the IUI success rate with one follicle? On average ten to twelve follicles are produced per cycle, but this can vary from person to person and is affected by multiple factors such as age, medical history and your individual response to ovarian stimulation
9Does IUI increase chances of having a boy?
So the chances of getting a boy are higher. “The IUI method for gender selection can only be done to have boys. You can't take the sperm from the bottom of the test tube because the sperm there is not as active and the chances of getting pregnant from that are not very high
10What is the best size of follicle to conceive?
Before ovulation occurs, the average diameter of the dominant follicle is 22 to 24 mm (range 18-36 mm). It is the only marker that can predict ovulation with ease. * In stimulated cycle (hormonal treatment), generally, all or most of the antral follicles grow. The growth rate will be different for each of them.