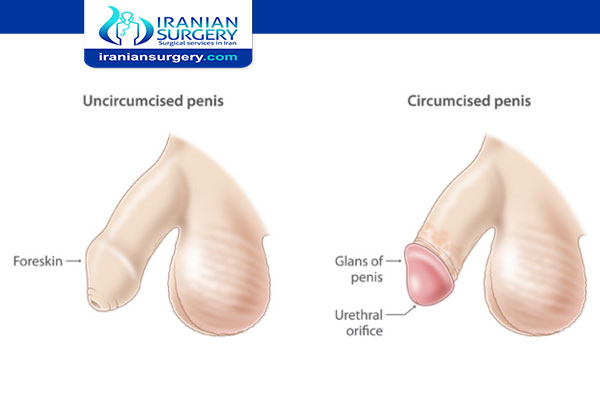 What is a Partial Circumcision?

Circumcision is a procedure in which the foreskin is surgically removed. The foreskin covers the head (or glans) of the penis and is often removed at birth for personal or religious reasons. This is also called a full circumcision.

In a partial circumcision, only part of the foreskin is removed.

In many cases, only the topmost portion of the foreskin is removed, exposing the tip of the penis but leaving the bottom, or corona, of the penis head covered by the remaining foreskin tissue.

Read more about  Virgin tightening surgery before and after

What are the benefits of this procedure?

Partial circumcision may be done instead of a full circumcision for various reasons. You may simply want to keep your foreskin for personal or aesthetic reasons, or you may feel uncomfortable removing your entire foreskin, especially if you’ve had it your whole life.

Partial circumcision may not always be an option. If your foreskin has become stuck due to the formation of scar tissue, you may need to have the entire foreskin removed. This is often a complication of phimosis, balanitis, or infections that occur underneath your foreskin. 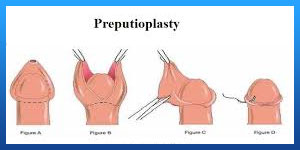 Partial circumcision is sometimes done to treat phimosis in young boys or men when other treatments, such as steroid ointments or creams, haven’t worked.

Phimosis is normal in young boys who have foreskins, but the foreskin usually becomes retractable after a few years. By 7 years old, 93 percent of boys can retract their foreskins.

As you get older, being unable to pull back the foreskin can make it difficult to urinate or clean the skin underneath the foreskin. This can lead to a buildup of smegma. Smegma is a collection of dead skin cells and oils that are naturally shed from the penis skin. Smegma buildup can cause phimosis to get worse, leading to pain, irritation, and infection. Phimosis can also cause balanitis, or swelling of your penis glans.

Read more about : What is Penile Torsion?

What are the risks of partial circumcision?

Few risks are associated with a partial circumcision. You usually won’t notice any difference in the pleasure you feel when you have sex, although sensation may be slightly reduced.

Possible complications of a partial circumcision include:

. Infection around the surgery site

How is a partial circumcision done?

Your doctor may ask you to fast for about six hours before the procedure. You may also need to stop taking certain medications, such as blood thinners, for at least 24 hours.

Partial circumcision may be done under local anesthesia. This means that only the penis and the surrounding areas are numbed. You can also have the procedure done under general anesthesia, letting you remain asleep during the entire procedure.

When you’ve received anesthesia and entered the operating room, your doctor or surgeon will ask you to lie down on an operating table. Then, your doctor:

In most cases, you’ll be able to go home the same day as the procedure. Your doctor may prescribe you a medication such as acetaminophen (Tylenol) to manage any pain and discomfort.

While you’re recovering, your doctor will recommend you do the following:

. Rub petroleum jelly on the surgery site to reduce irritation from the penis rubbing against underwear or clothes.

. Wash the penis a few times each day with warm water after the dressing comes off.

. Don’t lift anything over 10 pounds for at least a week.

. Don’t have sex for at least four weeks after the procedure.

. Wait for the stitches to dissolve or fall out. This takes about two to three weeks.

. Don’t worry about the way your penis looks at first. It can take about six weeks for it to fully recover.

See your doctor right away if you notice any of the following:

. Excessive bleeding from the surgery site

. Swelling that won’t go down

. Difficulty peeing or not being able to pee at all

Partial circumcision is a safe, quick procedure that can be done to treat several uncomfortable conditions that affect the penis. It’s also a relatively safe way to change your penis appearance if you feel dissatisfied with the way your penis looks.

1Is it better to circumcise or not circumcise?
First, circumcised babies have less of a chance of developing urinary tract infections (UTIs), which are common in boys during their first year of life. ... Circumcising your baby boy may also lower his risk of developing penile cancer, foreskin infections, and phimosis (problems retracting the foreskin)
2How long do you have to pull the skin back after circumcision?
You should pull back this skin gently each time the child is bathed. Examine the groove around the head of the penis and make sure it's clean. Note: If circumcision is not performed within the baby's first two weeks (perhaps for medical reasons), it is usually put off for several weeks or months
3Does circumcision decrease pleasure?
A new study suggesting that circumcision can decrease sexual pleasure is drawing the fire of scientists in the field, who say the findings are flawed. The study, published in February in the British Journal of Urology International, found that circumcised men reported less sexual sensitivity than their uncut brethren
4Why has my foreskin suddenly tightened?
Causes of tight foreskin. Your age may determine the cause of your phimosis. ... This means that phimosis is due to an infection, inflammation, or scarring from an underling condition. Pathologic phimosis can be caused by the following conditions
5What are the disadvantages of being uncircumcised?
reduced sensitivity - an uncircumcised penis is more sensitive than a circumcised penis, meaning that circumcised men may experience less pleasure during sex. potential complications of circumcision - such as excessive bleeding and post-operative infection - outweigh any potential benefits
6Does circumcision affect length?
Although the numbers were small, from a mechanistic point of view, bleeding can lead to damage of the normal structures, which in turn, can affect penile length. ... A smaller penis decreases sexual confidence, which may be why penis size is related to sexual function
7Why you should circumcise your son?
Studies have shown, however, that circumcised males have a decreased risk of urinary-tract infections in the first year of life, as well as of cancer of the penis and sexually transmitted diseases such as herpes and human papillomavirus (HPV) later in life. ... But when their son was born in 2008, they had him circumcised
8What happens if too much foreskin is removed during circumcision?
Insufficient Foreskin Removed Normally a circumcision removes the foreskin to the level where the glans is completely exposed. When too little skin is removed, the resulting appearance may be unacceptable to the parents or the child and may necessitate a trip to the operating room for revision
9Does the foreskin grow back after circumcision?
The adhesions will continue to come back unless the extra skin is removed. The extra skin that is removed will make the penis look like a circumcised penis. Once the circumcision has been revised, it is extremely rare for any further problems to occur
10How do they circumcise a grown man?
How are Adult Circumcisions Performed? During a circumcision, two parallel incisions are made around the penis—one upstream from the skin that's set to be removed and one downstream. Then, we unwrap the excess skin from the penis and sew the two remaining edges back together