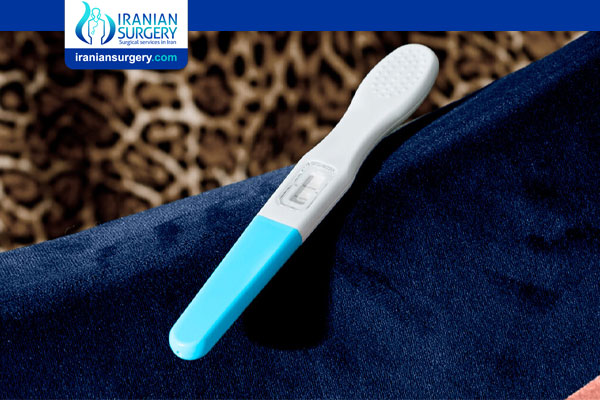 Each month, between days six and 14 of the menstrual cycle, follicle-stimulating hormone causes follicles in one of a woman’s ovaries to begin to mature. However, during days 10 to 14, only one of the developing follicles forms a fully mature egg. At about day 14 in the menstrual cycle, a sudden surge in luteinizing hormone causes the ovary to release its egg. The egg begins its five-day travel through a narrow, hollow structure called the fallopian tube to the uterus. As the egg is traveling through the fallopian tube, the level of progesterone, another hormone, rises, which helps prepare the uterine lining for pregnancy.

How does conception occur?

Conception occurs when a sperm cell from a fertile man swims up through the vagina and into the uterus of a woman and joins with the woman’s egg cell as it travels down one of the fallopian tubes from the ovary to the uterus.

The blastocyst then attaches itself to the lining of the uterus (the endometrium). This attachment process is called implantation. Release of the hormones estrogen and progesterone causes the endometrium to thicken, which provides the nutrients the blastocyst needs to grow and eventually develop into a baby.

As cells continue to divide — some developing into the baby, others forming the nourishment and oxygen supply structure called the placenta — hormones are released that signal the body that a baby is growing inside the uterus. These hormones also signal the uterus to maintain its lining rather than shedding it. This means that a woman does not have a period that month, which may be the first way a woman knows she is pregnant.