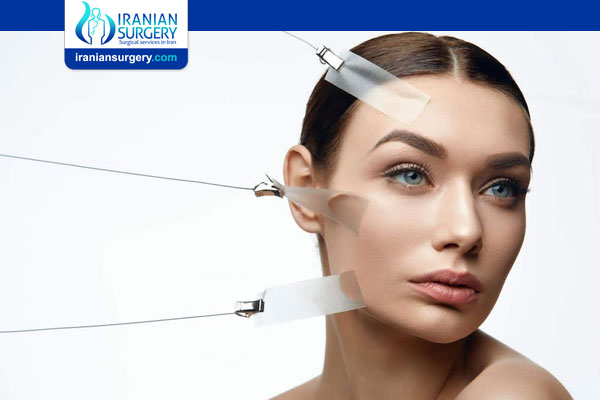 What is a Liquid Facelift?

The goal of a liquid facelift is to reduce sagging and wrinkles. It can also:

. reduce the hollow areas under your eyes

. fill your cheeks if they look gaunt

. tighten wrinkles around your lips, eyes, and forehead

. reduce the appearance of scars

The ideal candidate for a liquid facelift is someone with relatively few wrinkles and a small amount of sagging. If you have a lot of sagging skin, or if you want dramatic results, a surgical facelift might be better for you.

How much does a liquid facelift cost?

. where you’re located, as dermatologists and plastic surgeons charge differently in different cities

. the type of dermal injections you choose (Botox, Juvederm, etc.)

. how many injections you have

In order to find out the exact cost of a liquid facelift, it’s best to talk to a dermatologist or plastic surgeon in your area to determine exactly what you need. Since it’s a cosmetic surgery, it’s unlikely that your insurance will cover it.

You probably won’t need any time off work after a liquid facelift, other than the day of the procedure. So, it’s unlikely you’d lose out on any income due to the procedure.

How does a liquid facelift work?

The connective tissues in your skin — such as collagen and elastin — break down as you age. You might also lose fat in your face, which can lead to your face looking gaunt. Many people feel that this makes them look older, and they look for a procedure that will “reverse” this effect.

Fillers work by literally filling up space in the layers of the skin. This plumps it up to reduce the appearance of wrinkled and sagging skin.

Targeted areas for a liquid facelift

Liquid facelifts generally target the face, but you can also use dermal fillers on your hands.

If you’d like to focus on your face, there are many areas that your dermatologist or plastic surgeon might target. This includes:

. folds between the nose and mouth

However, everybody’s procedure is different, and the areas that are injected will depend entirely on your desired results.

Are there any risks or side effects?

While there will generally be less bruising with liquid facelifts than with surgical facelifts, you might still bruise a little after the procedure. You’re more likely to bruise if the fillers were inserted around your eyes.

If you use any blood-thinning medication, your bruising could be worse. It’s essential that you tell your doctor about all the medication and supplements you take, even if it’s just a multivitamin.

Some pain, swelling, and redness can also occur after the procedure.

Beyond those common side effects, there are some rare cases where people have had more serious adverse effects. According to a 2013 paper, these side effects can include:

. bacterial infections, such as staph or strep infections, which enter through the needle puncture

. filler that may enter the blood vessels in the injected areas of the face, which can lead to skin necrosis

While these cases are very rare, it’s important to keep an eye on your skin and let your doctor know if you have any flu- or allergy-like symptoms.

Preparing for a liquid facelift

A liquid facelift requires very little preparation. Ideally, you should not have any of the following on the day of the procedure:

. a skin infection or wound on the parts of your face that will be injected

You should also avoid having any of the following in the two days before the procedure, as they can increase bruising:

. nonsteroidal anti-inflammatory drugs (NSAIDs) such as ibuprofen and naproxen

Be sure to get plenty of rest the night before and arrive to the appointment at least a few minutes early. This will help you feel relaxed and prepared for the procedure.

To be on the safe side, always ask your dermatologist whether you need to do anything to prepare.

How to find a provider

Remember that liquid facelifts are medical procedures that need to be done by medical professionals. When looking for a provider, ask whether they have experience and expertise in liquid facelifts. Also ask to see before and after pictures of their work.

You can also speak to your doctor or primary healthcare provider, as they might be able to recommend someone in your area.

Procedure for a liquid facelift

After you find a dermatologist or plastic surgeon who can do the procedure, you’ll talk to them about your desired results. They’ll examine your skin and face and talk to you about the procedure.

At the beginning of the procedure, the doctor may provide a local anesthetic to numb the area that will be injected.

They will then inject your face. According to the American Academy of Dermatologists, the injections can sting a little. The injections usually take a few minutes each, and all of the injections can be done in one single session. The entire session usually lasts between 15 and 30 minutes.

What to expect after a liquid facelift

You should be able to go back to work the next day. However, you might want to take a little time off if the bruising is bad.

Your dermatologist will advise you on skincare after your fillers. According to the American Academy of Dermatologists, your doctor might advise you to ice your face immediately after the procedure to reduce swelling. You will probably be advised to avoid strenuous exercise for the next day, and to avoid the sun and tanning beds.

The results should be immediate, unless your dermatologist used poly-L-lactic acid, in which case you’ll have to wait several weeks to see results.

Depending on the kind of filler used, the results last anywhere between 6 and 24 months. After this point, you might need to get more fillers to maintain your appearance. Speak to your dermatologist about how long your fillers will last, and when you’ll need to schedule another procedure.

Many people choose a liquid facelift over a surgical facelift because it:

. is a quicker procedure with minimal recovery