Can Egg Donation Cause Infertility? 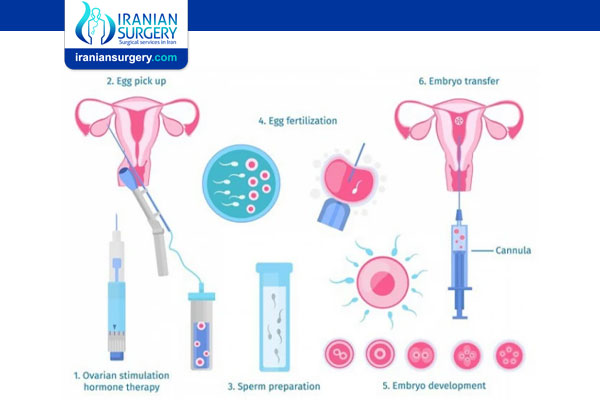 Can Egg Donation Cause Infertility?

Here you will read an egg donor’s story of becoming infertile after donating eggs, and what experts say needs to be done to prevent this from happening to other women.

I was 24 years old when I donated my eggs. The first time was in June 2007. The second was January 2008. I’d seen fliers across my college campus for years soliciting egg donors, but it wasn’t until a friend of mine went through the process herself that I became interested.

I liked the idea of helping an infertile couple build the family they yearned for. I was about to graduate college, so the money attached to egg donation seemed like a good way to start tackling my student loan debt. Perhaps most importantly, I believed agency officials when they told me that egg donation was a simple and safe process.

I was deemed a “perfect” donor. All my tests came back great. I was young, healthy, fit, and college educated. Which apparently also made me easily marketable in their database. Prior to donating, I was informed of the potential risks.

A nurse gave me a sheet of paper that listed ovarian hyperstimulation syndrome (OHSS) and infection from surgery as the most likely risks, although she told me those were pretty rare.

Possible infertility was also listed as a much less common risk, but she patted me on the back and said, “There are no studies showing that’s a real risk. We just have to put it there, just in case. You’re young and healthy. You have nothing to worry about.”

And so, I signed on the dotted line. And I began injecting myself with high dose hormones to produce eggs for two families who were desperate to conceive.

Both of my donations went smoothly, with 14 eggs retrieved each time. I felt fully recovered within days of retrieval. It wasn’t until six months after my second donation that I began to experience complications.

The first sign that something was wrong came when my period just stopped. Months went by with no sign of my cycle. Then when it did return, it was with excruciating pain. I began running fevers every time I got my period, doubling over in such pain that I couldn’t walk and often vomited because I was hurting so badly. That pain began to extend into my day-to-day life, even when I wasn’t on my period.

An ultrasound showed my ovaries were covered in tumorlike growths. I had surgery shortly after that, and those growths were found to be endometriomas, or blood-filled cysts. I was diagnosed with stage 4 endometriosis.

I’d never experienced any problems with my period prior to donating. There had never been any reason to believe I had endometriosis before. But endometriosis is an estrogen-driven condition.

After looking at my before and after records, several doctors have told me they believe I likely had an underlying case of endometriosis that flared and became extremely aggressive as a result of the hormones involved in donating. Egg donation did not give me endometriosis. But it did cause my condition to become unmanageable, which ultimately led to my swift diagnosis of infertility.

At 27 years old, I pursued two rounds of in vitro fertilization (IVF) myself. My egg quality had diminished greatly in just the few years since I had donated. Both rounds failed, and I had to come to terms with the fact that while my egg donations had produced two children, I would never be pregnant myself.

In the three years following the donation of my eggs, I required five major surgeries and several expensive drug therapies to treat endometriosis. This wasn’t just about infertility. It was about quality of life. In total, I spent about $60,000 out of pocket in medical expenses. None of this was covered by my donations, from which I had earned about $12,000.

In fact, the agency I donated through simply stopped returning my calls and emails upon learning how aggressive my condition had become. They didn’t even help me to obtain my donation medical records. I eventually had to pay the clinics I donated at for access to those records.

Every specialist who has seen my before and after records has agreed there is no denying my donations likely played some role in my condition. The progression was just too fast, too aggressive, to not be linked. But plenty in the industry continue to claim that egg donation is completely safe, even though there is no actual research to back up that claim.

No Research on Risks

Plenty of doctors will point to the research that exists about the safety of IVF and other fertility treatments. They say the same drugs are used for egg donation, and so the same safety conclusions can be drawn.

But StatNews recently published an article on this subject, confronting that very conclusion by pointing out that the women followed in that research have been primarily women with infertility. These women are often over the age of 35 and already struggling with infertility, which can be a symptom of other health problems. Meanwhile, egg donors are typically under the age of 25 with no such health concerns. Yet they are being given the same drugs and dosages as women with very different health profiles.

“It’s fair to say they’re not the same population,” Dr. Richard J. Paulson, president of the American Society for Reproductive Medicine, told StatNews. While egg donation has existed for 30 years, we simply don’t have any definitive research about the safety to donors or the long-term risks.

Diane Tober, PhD, an anthropologist, and assistant adjunct professor at the University of California, San Francisco, School of Nursing, has been trying to change all this. She has obtained a pilot grant and is spearheading a comprehensive study on international egg donation.

What she’s found so far does raise some red flags.

“One thing doctors and agencies should really be doing is looking first at preventable risks,” Tober said. “We know that one risk that can be controlled is OHSS. There is a very clear cause and effect, and it is absolutely preventable. But one of the things I’m seeing is that, especially in the U.S., many donors are producing really high quantities of eggs. In many of my interviews internationally, they are producing between 10 and 12 eggs each cycle. Eighteen is considered high risk for OHSS. But here in the U.S., so many of the donors I’ve spoken to have produced 30, 40, 50 eggs. They are being told by doctors and agencies that they are superdonors, ‘fertile Myrtles.’ But the reality is, these superproducing cycles put them at much higher risk for OHSS, which could be prevented if doctors were monitoring their progress throughout the cycle and adjusting their meds so that they didn’t overproduce.”

“Many of the conditions that donors do experience,” she added, “can be linked to excess estrogen [endometriosis and certain types of cancer, for instance]. I believe that when screening donors, we absolutely need to screen out carriers of the BRCA gene. Women who do carry the BRCA gene aren’t even supposed to use hormone-based contraceptives.”

Yet we’re allowing donors to pump themselves full of hormones without first confirming whether or not they may be at greater risk. Dr. Aimee Eyvazzadeh, a Harvard-educated, board-certified OB-GYN specializing in reproductive endocrinology and infertility, agrees with the need to better screen donors.

“Every donor should have an inherited cancer test,” Eyvazzadeh said. “They should have a fertility gene test. If you have endometriosis, you should not donate.”

While Eyvazzadeh believes that egg donation is generally safe for most women, she concedes, “There are women for whom it is dangerous to donate, without a doubt.”

What Can Be Done

So why aren’t more agencies and clinics pushing for this testing? Why aren’t they taking steps to better screen and protect potential donors?

According to Eyvazzadeh, it’s about money. “Donors think the agencies actually care about them. But those agencies are making more than double what the donors are making, without taking any of the risk on themselves, she said.

Instead, she’d like to see donors compensated with shared cycles, where some of their eggs could be frozen and stored for their own future use, should they ever face infertility themselves.

She wants to put the power back into donors’ hands, effectively cutting out agencies and allowing donors to be their own brokers — where they own their eggs, and can freeze and share on their own terms. Also choosing who they donate to and operating with total transparency, where donors are given just as much information about their recipient families as recipient families are given about donors.

It’s been nearly 10 years since I first donated, and in that time I’ve heard a lot of horror stories of donors being taken advantage of and mistreated by the agencies they have donated through. Removing the financial compensation and cutting out agencies reduces those risks.

But I also still firmly believe that the one thing donors need, and deserve the most, is long-term research into the potential health effects of donating, so that they can give truly informed consent.

Tober agrees. “From an anecdotal perspective, in my study so far out of 100 women, there are about five that did experience infertility not long after egg donation,” she said. “Some of those cases were endometriosis or cancer, and for one woman, her hormones never returned to normal after donating. We don’t know for sure if there is a causal connection. I can’t say it’s definitely linked. But there is enough reason for concern to warrant a push for more information.”

The only question is how many cases like mine will it take before more doctors and agencies will join the push for that research. Or is it possible that with so much money on the line, that push will never come?