How Painful Is Mini Face Lift? 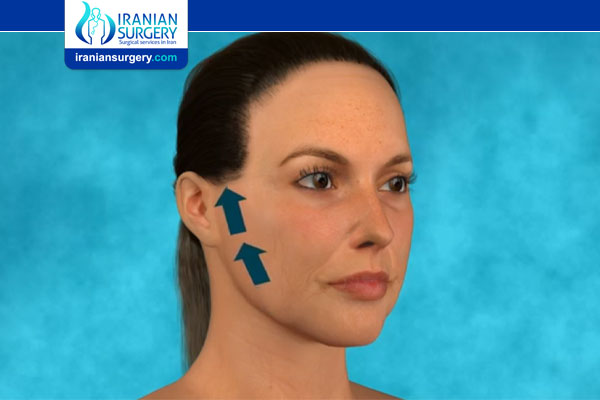 How Painful Is Mini Face Lift?

There are many different types of facelift procedures that vary in terms of their degree of invasiveness and types of results they provide. One popular facelift technique is the mini facelift. Read on to learn how this technique varies from traditional facelift surgery.

One of the most significant benefits of a mini facelift is that its recovery time is brief. Usually, it takes up to a month or more for Atlanta-area patients to recover from a full facelift. The mini facelift typically requires a week or less of downtime. Some patients schedule their procedures on a Friday and can return to work and other daily activities on Monday. As with a traditional facelift, the sutures may be removed about seven days after surgery. Because a mini facelift is less invasive than a full facelift, most patients report feeling minimal pain and discomfort following their surgery. It is common to experience some slight bruising and swelling. However, these issues should dissipate within a few weeks.

What Is a Mini Facelift?

The mini-lift is a facelift surgery technique that uses shorter incisions than traditional facelift techniques and thus is less invasive. During the procedure, small incisions are made under the cover of the hair line and around the ears. These incisions allow the surgeon to tighten the skin and remove excess tissue, improving the appearance of the jowls and neck.

Benefits Of a Mini Facelift

. Quicker Recovery Time: One of the main benefits of a mini facelift is that it requires a shorter recovery time. While traditional facelift patients may need 4-5 weeks to recover from a facelift, mini facelifts only require 3-5 days. In fact, mini-lifts are often called “weekend facelifts” because patients can undergo the procedure on Friday and get back to work and other normal activities on Monday. The sutures are generally removed around 7 days post-operatively as is also the case with traditional face lifts.

. Less Pain: Since mini facelifts are less invasive, the amount of post-procedure pain or discomfort most patients feel is minimal. Light bruising or swelling may be common, but it is significantly less than what occurs after a full facelift and usually resolves over several weeks.

. Twilight Anesthesia: Unlike a traditional facelift which sometimes require general anesthesia, mini facelifts can usually be performed using a combination of twilight sedation and a local anesthetic. Twilight anesthesia reduces the chances of patients experiencing anesthesia-based risks and side effects like nausea or vomiting.

. Lower Cost: Since mini facelifts are less complicated, shorter in duration, and do not require general anesthesia, cost factors such as surgeon fees and facility costs are lower. This makes the total cost of a mini facelift less than a traditional facelift.

Drawbacks Of a Mini Facelift

. Shorter lasting results: Facelift techniques that are more invasive typically have results that last longer. Likewise, the results achieved by a mini facelift often last much shorter than that of a full facelift. If mini facelift patients maintain a healthy lifestyle after their procedure, they can typically expect their results to last anywhere from two to six years (while full facelift results can last a decade or longer).

. Results are less dramatic: Due to its less invasive nature, mini facelifts often yield a less dramatic result than a traditional facelift. The mini facelift technique is ideal for addressing light to moderate aging of the face which is why it is usually recommended for younger patients who are just beginning to show signs of facial aging. Patients with more severe aging symptoms (i.e. significant sagging, deep wrinkles, and fully formed jowls) will require a full facelift. Mini facelifts also do not give significant improvement in the neck. If significant laxity is present in the neck or area below the chin, a traditional facelift with neck lift is a more appropriate treatment option.

Iranian surgery is an online medical tourism platform where you can find the best doctors and cosmetic surgeons in Iran. The price of mini facelift in Iran can vary according to each individual’s case and will be determined by an in-person assessment with the doctor.

For more information about the cost of mini facelift in Iran and to schedule an appointment in advance, you can contact Iranian Surgery consultants via WhatsApp number 0098 901 929 0946. This service is completely free.