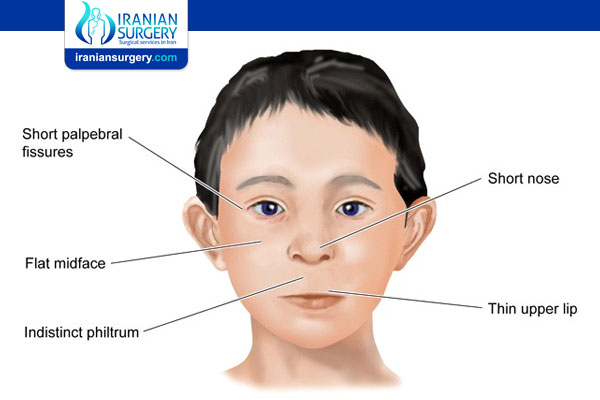 What is Fetal Alcohol Syndrome (FAS)?

FAS is a life-long condition that can’t be cured. This condition can be prevented if you don’t drink any alcohol during pregnancy. It’s possible that even small amounts of alcohol consumed during pregnancy can damage your developing fetus.

When a fetus is exposed to alcohol before birth, the baby’s development can be affected in many different ways. The impact of alcohol use may create mild or severe symptoms. Fetal alcohol spectrum disorder (FASD) is this group of signs and symptoms on a scale from least to most effects. Fetal alcohol syndrome is the most severe condition on this scale. Other conditions under the FASD umbrella include:

. Partial fetal alcohol syndrome (pFAS): People with pFAS have some of the characteristics of FAS (changes to their facial features, for example), but don’t have all the symptoms for FAS.

. Alcohol-related neurodevelopmental disorder (ARND): People with this disorder experience some or all of the following: impulsiveness, inattentiveness and challenges with judgment and school performance.

. Alcohol-related birth defects (ARBD): These are physical birth defects (abnormal changes to parts of the body) that can affect the heart, eyes, skeletal system, ears and kidneys.

. Neurobehavioral disorder associated with prenatal alcohol exposure (ND-PAE): Someone with this condition was exposed to more than a small amount of alcohol as a fetus. They have difficulty with daily tasks like bathing and can struggle in social settings because of significant behavior issues like severe tantrums. They also have trouble with thinking and memory.

There are no exact statistics of how many people have fetal alcohol spectrum disorder (FASD). It can sometimes be difficult to diagnose a person with FASD because of the variety of symptoms and spectrum of severity. Also, not all people who drink while pregnant feel comfortable talking to their healthcare provider. This means that some people with mild symptoms of FASD might never be diagnosed.

Fetal alcohol syndrome happens when a person drinks any alcohol during pregnancy, including wine, beer, hard ciders and “hard liquor”. Without alcohol use, FAS doesn’t happen. One reason alcohol is dangerous during pregnancy is that it’s passed through your bloodstream to the fetus through the umbilical cord. The baby doesn’t metabolize (break down) alcohol in the same way an adult does – it stays in the body for a longer period of time.

Alcohol can interfere with the normal development of the fetus, particularly the brain and central nervous system. This occurs in any of the following ways:

. Alcohol interferes with the way nerve cells develop, how they travel to form different parts of the brain and their functioning.

. Alcohol constricts blood vessels, which slows blood flow to the placenta (food supply while in the uterus). This causes a shortage of oxygen and nutrients to the fetus.

. Toxic byproducts are produced when the body processes alcohol. These can then concentrate in the baby’s brain cells and cause damage.

Damage from alcohol can happen at any point during pregnancy. The beginning of fetal development is the most important for the whole body, but organs like the brain continue to develop throughout pregnancy. It’s impossible to exactly pinpoint all of the development during pregnancy, making it risky to drink alcohol at any time prior to birth.

It’s also recommended that you avoid alcoholic beverages when you’re trying to become pregnant. Many people don’t know they’re pregnant for the first few weeks of pregnancy (four to six weeks). This is because it takes time for your body to build up enough hCG (human chorionic gonadotropin, a hormone that develops in early pregnancy) to be detected on a pregnancy test. During those early weeks of pregnancy, the fetus is going through a massive surge of development. Alcohol use during this time could negatively impact the baby.

Any amount of alcohol during pregnancy can cause fetal alcohol syndrome. There’s no safe amount that can be consumed. Damage to your developing baby can happen at any point during pregnancy. Even having a drink at the very beginning isn’t safe. All alcohol, including beer, wine, ciders and hard liquor can all cause FAS.

What are the symptoms of FASD?

The signs and symptoms of fetal alcohol syndrome can vary. One person might have only a few, while another person could experience all of them. FAS includes mental and physical challenges. An individual with FAS may have noticeable changes to their face and limbs, as well as delays in the way their body develops over time. There can also be mental and emotional challenges throughout the person’s life that can impact their social life, education and work.

Symptoms that infants with fetal alcohol syndrome could experience include:

. Abnormal facial features, including a smooth ridge between the nose and upper lip, a thin upper lip, and small eyes.

Early childhood and beyond

Symptoms that may develop over time in people with fetal alcohol syndrome include:

. Difficulty telling the difference between reality and fantasy.

How early can you tell if your child has fetal alcohol syndrome?

In some cases, your healthcare provider might be able to diagnose a child with fetal alcohol syndrome at birth based on small size and specific physical appearance. However, diagnosis of fetal alcohol spectrum disorders can be difficult. FASD may present in childhood or early adulthood with mild social or intellectual concerns, or it can present with birth defects and growth problems during pregnancy.

It can be difficult to diagnose fetal alcohol syndrome. There isn’t a direct test for FAS and pregnant people may not give a complete history of all alcohol intake during pregnancy.

Pediatric providers can often make a diagnosis of FAS based on the size of a child, specific physical signs and symptoms that develop through childhood, including:

. History of alcoholic beverage consumption by the child’s mother during pregnancy.

. Abnormal facial features — a smooth connection between the nose and upper lip, a thin upper lip and small eyes.

. Small size at birth and throughout childhood.

Symptoms of FAS can resemble those found in other disorders, including:

If you did drink any amount of alcohol during pregnancy, it’s important to know that your healthcare provider and your baby's pediatrician need to know to help you plan for your child’s future.

How can fetal alcohol syndrome (FAS) be prevented?

It’s also recommended that you not drink alcohol if you’re sexually active and not using effective birth control. It can take four to six weeks before you know you’re pregnant. During early pregnancy, the fetus is already developing rapidly. Alcohol consumption could harm the developing fetus at any time during pregnancy — especially early on in the development process.

If you’ve already consumed alcohol during pregnancy, it’s never too late to stop. Brain growth in the fetus takes place throughout pregnancy, so stopping alcohol consumption as soon as possible is always best.

After delivery, you should continue to pay attention to when you drink alcohol if you’re breastfeeding your baby. Alcohol can pass through your breast milk to your baby. Talk to your child’s healthcare provider about the best practices for alcohol use during breastfeeding, but the general rule is to wait at least two hours after having one drink before nursing your baby or pumping your milk.

Fetal alcohol syndrome isn’t curable, and the symptoms will impact your child throughout life. However, early treatment of some symptoms can lessen the severity and improve your child’s development.

Treatment options can include:

. Using medications to treat some symptoms like attention and behavior issues.

. Undergoing behavior and education therapy for emotional and learning concerns.

. Training you as a parent to best help your child.

Parental training is meant to help parents to help families cope with behavioral, educational and social challenges. Parents might learn different routines and rules that can help their child adapt to different situations. Often, having a stable and supportive home can help children with FAS avoid developing mental and emotional difficulties as they get older.

There are also certain “protective factors” that help reduce the negative impact of FAS on a child. These factors can include:

. A loving, supportive, stable home environment during the school years.

. Absence of violence in the child’s life.

. Use of special education and social services.

Is there a cure for fetal alcohol syndrome (FAS)?

There is no cure for fetal alcohol syndrome. Children born with this syndrome experience the symptoms throughout their entire lives. Some symptoms can be managed with treatment by a healthcare provider, but they won’t go away.

What can be expected after treatment for fetal alcohol syndrome (FAS)?

No one particular treatment is correct for everyone with fetal alcohol syndrome. FAS exists on a spectrum of disorders and the way each person is impacted by the condition can vary greatly. For some, it’s best to monitor their child's progress throughout life, so it’s important to have a healthcare provider you trust.

Fetal alcohol syndrome never goes away. The symptoms of this condition will be with the person throughout their entire life. Over time, a number of secondary effects can happen in people with FAS, particularly in those who aren’t treated for the condition in childhood. These are called secondary effects because they’re not part of FAS itself. Instead, these secondary effects happen as a result of having FAS.

Possible secondary effects of FAS that people may experience into adulthood can include:

. Getting into trouble in school or with the law.

. Spending time in a mental-health facility, a substance abuse treatment center or jail.

. Acting out in sexually inappropriate ways.

. Having difficulty living on one’s own.

Receiving treatment as soon as possible in childhood can help decrease the likelihood of developing these secondary effects in life.