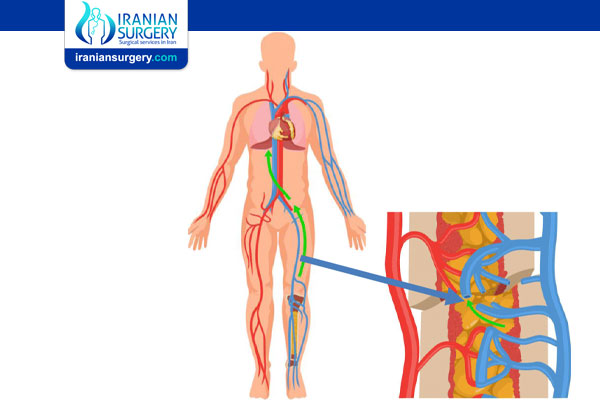 What is a Fat Embolism?

A fat embolism (FE) is a piece of intravascular fat that lodges within a blood vessel and causes a blockage of blood flow. Fat emboli commonly occur after fractures to the long bones of the lower body, particularly the femur (thighbone), tibia (shinbone), and pelvis.

While fat emboli are common and generally resolve on their own, they can lead to a serious condition called fat embolism syndrome (FES). FES can cause inflammation, multi-organ dysfunction, and neurological changes that can be deadly.

Signs of FES generally appear 12 to 72 hours after trauma. Symptoms tend to occur throughout the body and include:

. pinpoint rash (called a petechial rash), often found on the chest, head, and neck area, which occurs due to bleeding under the skin

It’s not exactly known how fat emboli and subsequent FES occur, but one leading guess is the “mechanical obstruction theory.” The idea behind this theory is that when large bones break, fat from the bone marrow, which is made up of fatty cells, seeps into the bloodstream. This fat creates clots (fat emboli) that obstruct blood flow — often in the lungs. These emboli also produce widespread inflammation.

While theoretically this can happen with smaller bones, larger ones have more fat tissue, making FES more likely. Although rare, FES can also be due to other bodily trauma, including joint replacement surgery, and liposuction. FES can even occur when soft tissue is damaged due to burns.

Another possible cause of FES is what’s called the “chemical theory.” It’s thought that the body responds to the fat emboli by secreting chemicals which cause the formation of free fatty acids, glycerol, and other substances which, in turn, damage cells and organs.

Regardless of its cause, researchers do know that certain people are more at risk for FES than others. Risk factors include:

. having a closed fracture (the broken bone doesn’t penetrate the skin)

. having multiple fractures, especially in the lower extremities and pelvis

There is no one test that can definitively diagnose FES. Despite the presence of fat emboli, imaging tests can look normal. As such, doctors typically rely on a physical examination, medical history (taking into account any recent history of broken bones), and what is known as Gurd’s criteria.

. fat in the blood

If a person has at least one of Gurd’s major criteria and at least four minor criteria, a diagnosis can comfortably be made.

Once you’ve recovered from fat emboli or fat embolism syndrome, there usually are no long-term complications.

Treatment for FES generally revolves around supportive care. You’ll be admitted to the hospital, most likely to the intensive care unit. Your oxygen levels will be monitored and you may be given oxygen, if needed. Some people will need help breathing with mechanical ventilation. You may also receive intravenous fluids and drugs that will increase blood volume. This helps remove damaging free fatty acids from the body.

Your doctor may prescribe steroids and the blood thinner heparin, but these drugs have not been proven to be highly effective. Their use has to be carefully monitored.

FES is a serious condition. Roughly 10 to 20 percent of people with the syndrome will not recover. However, when treatment is prompt and careful, most people with FES will fully recover with no lasting side effects.

Obviously, doing your best to prevent broken bones is crucial to preventing FES. Removing slipping hazards from your home, making sure your shoes fit properly, and practicing balance-improving exercises like yoga are all good steps to take. But if bones do break or you need orthopedic surgery for whatever reason, keep these points in mind:

. If you think you’ve broken a long bone in the body, limit your movement. The more immobile you are, the more you reduce your chance of developing FES.

. If surgery is needed to fix the broken bone, the earlier it’s performed, the better. Surgery started within 24 hours of the break carries less of a risk of FES than delayed setting of the bone.

. If you have a broken long bone or you’re having orthopedic surgery, speak to your doctor about the use of prophylactic steroids. Some research shows them to be effective in staving off FES.