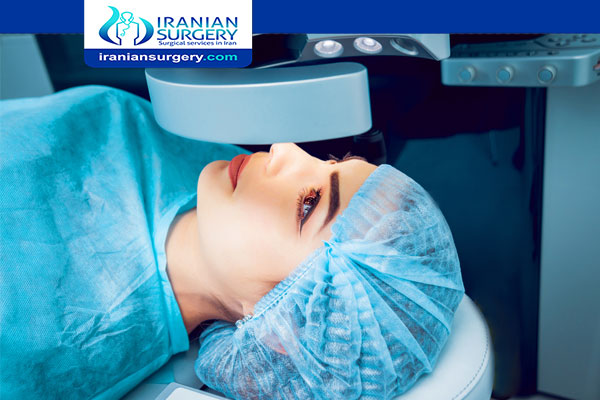 Epi-LASIK is a laser vision correction procedure designed to treat myopia (nearsightedness), hyperopia (farsightedness), and astigmatism. Unlike LASIK eye surgery, Epi-LASIK does not require the creation of a corneal flap. As a result, people with thin corneas or other conditions that could contribute to LASIK complications may be well-suited for the Epi-LASIK procedure; they may also be good candidates for PRK surgery or the placement of implantable contact lenses.

Who can have Epi-LASIK?

If you are considering LASIK, but your doctor says you need Epi-LASIK instead, ask why.

It's not for everyone, but many surgeons who perform Epi-LASIK consider it a better option than LASIK for some patients. These include people who have thin corneas, with insufficient tissue for a good LASIK flap.

Epi-LASIK also may be safer than LASIK for people who have professions or hobbies that increase the chance of being hit in the eye (such as soldiers, police officers, boxers and racquet sports enthusiasts) because there's no risk of the flap being dislodged. 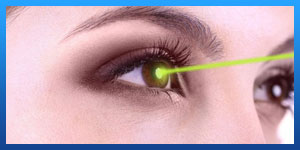 A comparison of PRK, LASEK, and epi-LASIK investigated 100 instances of both LASEK and PRK, along with 97 instances of epi-LASIK, involving patients who had relatively high myopia prior to their procedure. Levels of post-operative pain, uncorrected visual clarity, and corneal haze were measured on days one, four, and seven, and then in months one, three, and six. A final follow-up was done one year following surgery.

Patients who had undergone epi-LASIK reported less post-operative pain in general, but in particular, in the first and fourth days after surgery. However, visual recovery was better in the PRK group in the first week. By the fourth week after surgery, or one month, all three types had equal visual recovery, so none are better overall than the others.

Among those who had undergone epi-LASIK, there was less corneal haze reported at the six-month and one-year follow-up points compared to LASEK and PRK. The procedure has greater benefits in reducing pain on a short-term basis and reducing visual side effects on a long-term basis.

Additionally, epi-LASIK is a little faster than LASIK, LASEK, or PRK. One surgeon reported that epi-LASIK took between three and five minutes per eye compared to traditional LASIK, which takes about 30 minutes total. The costs of epi-LASIK are comparable to LASIK, and there may be some insurance coverage.

Although epi-LASIK is intended to reduce complications compared to LASIK, PRK, and LASEK, more recent studies do not show that this is inherently the case. The study referenced above is one that shows less pain and better vision overall, but other studies suggest that there is not a significant improvement for larger survey groups. There are also other side effects that are still a small risk after epi-LASIK, just like LASIK or LASEK procedures.

There are risks associated with epi-LASIK.

. Infection after the surgery

These side effects are unlikely, but they carry the same level of risk as LASIK or related refractive procedures.

How does Epi-LASIK eye surgery work?

Epi-LASIK is a laser vision correction procedure that is very similar to LASIK and LASEK, and may be a good alternative to these procedures for certain eyes.

In epi-LASIK, the flap created on the cornea is thinner than a LASIK flap. This can be an advantage for patients with thinner-than-normal corneas.

The epi-LASIK flap is very similar to the thin flap created in LASEK surgery. In both procedures, the flap contains only cells from the very thin outer layer of the cornea, called the epithelium.

The difference is how the epi-LASIK and LASEK flaps are produced.

A LASEK flap is created with a tool that has a sharp blade. In epi-LASIK, the flap is separated from the underlying corneal layer (the stroma) with an instrument called an epithelial separator that has an oscillating plastic blade that has a thin blunt edge.

And unlike in LASEK, an alcohol solution typically is not applied to the eye in epi-LASIK to loosen epithelial cells from the underlying corneal stroma. Some surgeons prefer epi-LASIK over LASEK for this reason, since alcohol is toxic to epithelial cells and can increase healing time after the procedure.

After the epi-LASIK flap is created, it is folded back and the underlying central stroma is reshaped with an excimer laser — steps identical to those performed in LASIK.

Because the epi-LASIK flap is so thin, the surgeon typically will apply a soft contact lens over the flap when it is repositioned after the laser treatment. The contact lens acts as a bandage to increase comfort and allow new epithelial cells to grow onto the cornea more quickly for faster healing.

Your surgeon or eye doctor will remove the bandage contact lens at one of your early follow-up visits a few days after your epi-LASIK procedure.

When undergoing epi-LASIK, the steps of the procedure include:

. Anesthetic eye drops are put into the eye undergoing the procedure.

. The epithelial flap is created by separating the top epithelial layer from the cornea.

. The sheet is pushed off to the side.

. The epithelial sheet is, most likely, returned to its original position.

. A bandage contact lens is applied, which will be removed a few days later.

After the procedure, you will receive prescriptions for eyedrop painkillers — typically anti-inflammatory drugs — and an antibiotic to reduce the risk of infection. You will also need to wear a protective eye mask while you sleep to protect your healing eyes. You may experience discomfort for a day or two after surgery, but your vision should immediately begin to improve. Within a week, you should have normal vision. While it is recommended that you take a few days off work to reduce eye strain, some people report that they were able to go back to work the next day.

Your vision probably will not be perfect immediately: In three days many patients do have 20/40 or even 20/20 vision, but others take longer — possibly three or six months — to reach their final result. Usually you can drive within a week after surgery.

These recovery times are significantly longer than with LASIK, which usually allows people to achieve good vision from the same day up to a few weeks later and to drive by the day after surgery.

As with any laser eye surgery, after Epi-LASIK it is very important to follow your surgeon's instructions exactly, because the quality of the final vision you achieve is affected by how well your corneas heal. Don't neglect to use the eye drops or other medications your doctor prescribes, and don't miss any follow-up appointments.

1What is the difference between Lasik and Epi Lasik?
In epi-LASIK, the flap created on the cornea is thinner than a LASIK flap. ... In both procedures, the flap contains only cells from the very thin outer layer of the cornea, called the epithelium. The difference is how the epi-LASIK and LASEK flaps are produced. A LASEK flap is created with a tool that has a sharp blade.
2Is EPI Lasik detectable?
At three days after the operation, 75 percent of epi-LASIK patients reported 20/40 vision or better; and at one week, 90 percent reported 20/40 or better vision. When epi-LASIK was performed bilaterally, 75 percent of patients reported that they had 20/40 or better vision within one day after surgery.
3Which is better Lasik or PRK eye surgery?
Though PRK recovery takes a bit longer than recovery from LASIK eye surgery, PRK is still commonly performed and offers advantages over LASIK for some patients. ... The main difference between PRK and LASIK is the first step of the procedures.
4What does EPI Lasik stand for?
Epi-LASIK is a refractive surgery technique designed to reduce a person's dependency on eyeglasses and contact lenses. Invented by Dr. Ioannis Pallikaris (Crete, Greece), the technique is basically an automatic LASEK without alcohol; it can be better considered as superficial LASIK.
5What is the best corrective eye surgery?
LASIK is a type of refractive eye surgery. In general, most people who have laser-assisted in-situ keratomileusis (LASIK) eye surgery achieve 20/25 vision or better, which works well for most activities.
6Can Lasik be detected?
Answers (2) Lasik surgery can definitely be detected. ... LASIK surgery can be detected because cornea becomes extremely thiner after LASIK or Smile LASIK. LASIK is refractive surgery to correct myopia, hypermetropia & astigmatism, refractive surgery also include intraocular lend procedure.
7Is Lasik allowed in Navy?
Candidates with LASIK / PRK at entry level are not permitted in National Defence Academy (NDA), Navy and Air Force as well as at entry level of Other Rank (OR) and Junior Commissioned Officers (JCOs). In Army, the candidates who have undergone LASIK / PRK will not be considered for aircrew duties.
8How long does it take for vision to stabilize after Lasik?
three to six months Full recovery varies by patient, and it may take three to six months for your vision to fully stabilize. During this time, your LASIK surgeon will meet with you regularly to check on your vision.
9What is C Lasik?
MedlinePlus. 007018. LASIK or Lasik (laser-assisted in situ keratomileusis), commonly referred to as laser eye surgery or laser vision correction, is a type of refractive surgery for the correction of myopia, hyperopia, and astigmatism.
10Can you go blind from Lasik?
This is extremely rare but has happened. LASIK surgery itself does not cause blindness, and most cases of LASIK complications are avoidable by following aftercare procedures set forth by your surgeon. ... The most uncomfortable part of LASIK surgery, according to what our patients tell us, is the pressure from the laser.